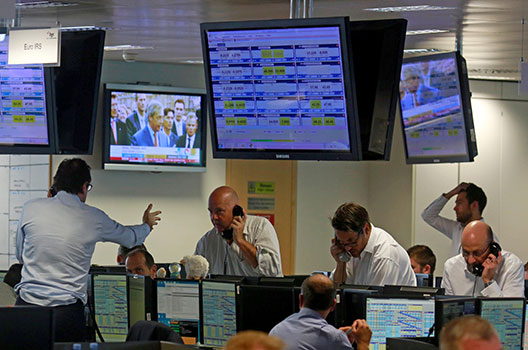 David Cameron will go down as one of the most foolish prime ministers in British history. By placating populist sentiment and agreeing to hold a referendum on the United Kingdom’s membership in the European Union to manage tensions in his own Conservative Party, he has taken his country out of relevant international politics, forced himself out of a job, and perhaps permanently divided the Conservatives.

With majority support for the EU in Scotland and Northern Ireland holding steady, the breakup of the United Kingdom appears nearly inevitable. Marine Le Pen, leader of the far-right French political party the National Front, was the first to congratulate the United Kingdom on the result of the referendum.

Financial markets have reacted with great falls. Volatility will continue because the costs and consequences of the referendum are difficult to anticipate. Increased uncertainty and instability will define the global economy.

Other EU member states and Brussels itself need to draw lessons from the result of the referendum.

First, EU member states need to ensure that they do not create conditions for future referenda on leaving the bloc. Referenda are not the rule but the exception in Europe. They should be minimized because of their dysfunctional nature.

Second, the EU needs to be firm in its attitude toward the United Kingdom. It should give no benefits or preferential treatment to the isle whatsoever. If it does, the EU would only encourage other member states to renegotiate their relations with Brussels and, in so doing, jeopardize the bloc’s very existence.

Third, the EU needs to present clear principles toward the United Kingdom as soon as possible to calm financial markets. These principles should be punitive and need to be delivered fast.

Fourth, Brexit is a black eye for EU leadership, which has arguably not had a strong and effective president since Jacques Delors, who held the post from 1985 to 1995. Two decades without firm leadership has worn the European Commission down. Its current president, Jean-Claude Juncker, could be called a part-time leader at best. The European Commission needs to take a hard look at its leadership and consider reform.

The international community’s focus should be twofold: salvage the EU while improving its overall functional areas; and put an end to the damage the British referendum is causing to the global economy as quickly as possible.