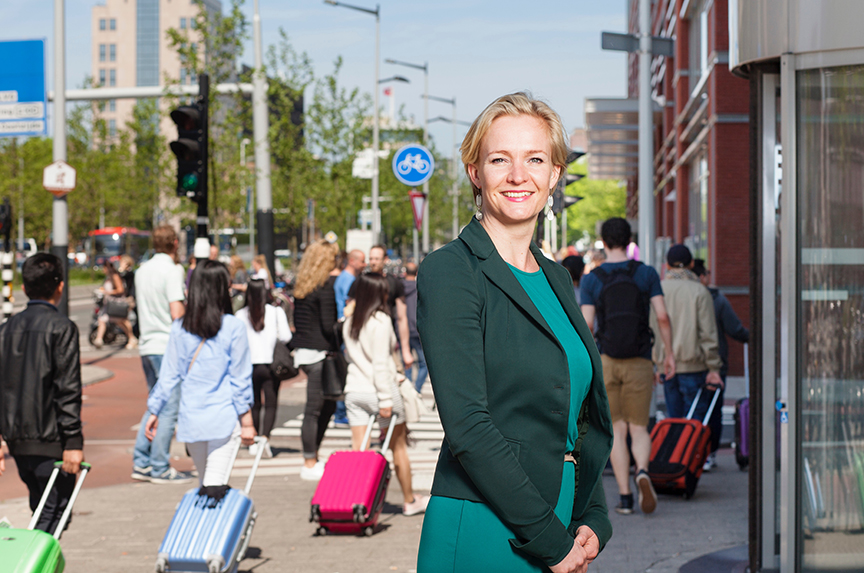 “Under the Trump administration, the rift in transatlantic relations is so much worse and the change is so much steeper than I could have ever imagined. So I’m very, very worried about where [it’s] going,” said Schaake.

“The fact [that US President Donald J. Trump has] actually toyed with stepping out of NATO has been on our radar… now we know where the true thinking of the president is and of course it adds to our worries,” she added.

In just the last few days, the New York Times revealed just how seriously and frequently Trump has considered quitting NATO and German public broadcaster Deutsche Welle uncovered the Trump administration’s secretive diplomatic downgrading of EU Ambassador to the United States David O’Sullivan. These reports followed an excoriating speech US Secretary of State Mike Pompeo delivered in Brussels in December in which he questioned the value of multilateralism and of the very bureaucrats who made up his audience.

“It is really becoming such a long list that anyone who still thinks that these events can be brushed over, that they can be sort of gold-plated in some way by the buffer of history… I think they need a wake-up call,” Schaake said with obvious exasperation. “It is very bad and we need to have contingency plans in place. Europe needs to be strategically much more reliant on itself and that means that leaders of the national governments need to jump into much more action and ambition than what we’ve seen from them so far.”

Schaake and her two co-leaders of the EU-US delegation sent a letter to the US Congress after learning of the diplomatic dis, which was only realized by EU officials in Washington when O’Sullivan was called up last of the foreign diplomatic corps to pay respects at George H.W. Bush’s funeral in Washington on December 5. “This is no way to treat partners,” the letter reads. “Such moves play into the hands of rival global powers and can only lead to greater fragmentation rather than much needed increased cooperation… (We) need to strengthen and not undermine each other.”

Democratic members of the House of Representatives subsequently wrote their own letter to Pompeo, demanding to know the reasoning behind the EU snub, which they called “insulting” and “counterproductive” especially in light of the numerous issues under negotiation with Brussels.

EU handicaps itself with unanimity

Regardless of whether the strained relationship with this White House turns more positive, Schaake said there’s plenty for EU governments to work on themselves. “Aside from NATO, they have to work on better defense cooperation,” she said, noting that the new Permanent Structured Cooperation (PESCO) that allows for more integrated operations is important but insufficient.

Schaake actually suggests that when it comes to foreign and security policy, the EU may actually be stronger if its twenty-eight (soon to be twenty-seven as a result of Brexit) governments don’t have to act as one. “(W)e still have the crippling vetoes that member state governments can invoke when they don’t agree with a next step in foreign affairs,” she explained, using sanctions policy as an example. “I don’t know how many people realize that a veto of one member state can stop the extension of Russian sanctions, for example, after the illegal annexation of Crimea. It takes unanimity for so many core foreign and security decisions that we actually are not as much a player and a strategic actor on the global stage today as I believe we should be.”

To aid in improving that agility, she supports allowing at least some foreign policy decisions to be taken by qualified majority voting (QMV) rather than the current mandatory unanimity. QMV requires support from sixteen of the twenty-eight EU countries (which will change after Brexit), representing a minimum of 65 percent of the EU’s population.

“Member states have to also really not only look at the dynamics between them but look at the global dynamics and how rapidly they’re changing and how we really have to adjust to a new reality,” she said, “with rising nations in Asia, great global ambitions such as [China’s] Belt and Road Initiative, a building up of military capacity in China, but also a question of how we can engage countries like India and Japan more effectively in building a rules-based order in a changing world. I think that that is the real challenge.”

Schaake herself will be taking on new challenges after the European Parliament’s elections in May. She has decided not to run again after a decade in the EU legislature and plans to spend more time working on democracy promotion through other means, particularly online. “I remain very committed to not only transatlantic relations, but also the open Internet and peace in cyberspace,” she said, “because the whole geopolitical stakes and confrontations between companies and countries, at the expense of people and the open Internet itself, is a very, very high-stakes struggle that I think deserves more attention.”

But before she leaves her seat at the end of June, she said she hopes to visit Washington one last time in her role with the EU-US delegation to meet the new members of Congress she hopes will step up to their “checks-and -balances” function and revive transatlanticism.

Image: “Under the Trump administration, the rift in transatlantic relations is so much worse and the change is so much steeper than I could have ever imagined. So I’m very, very worried about where [it’s] going,” said Dutch member of the European Parliament Marietje Schaake. (Photo credit Bram Belloni)