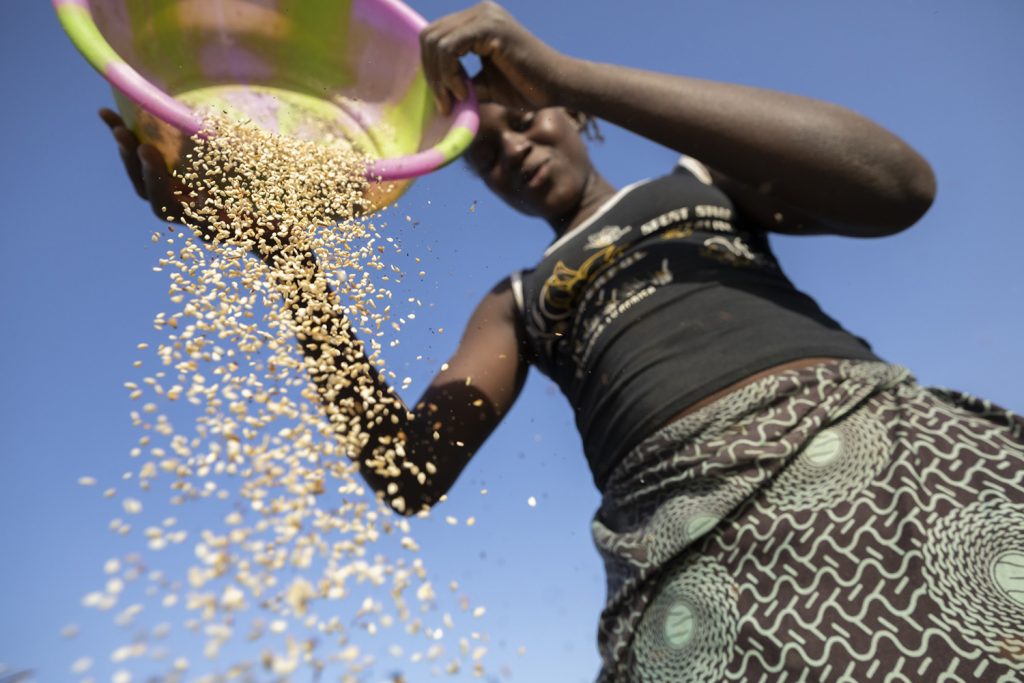 Let’s face it: foreign aid is an easy target.

Sending our resources overseas to help other countries and communities to reduce poverty, improve health, and increase well-being is not top of mind when the United States is experiencing its own health and economic crisis, especially in a political environment that has never been more polarized.

Yet bipartisan majorities in Congress have consistently voted to continue this poverty-focused support and even reverse cuts proposed annually to foreign aid by the current administration. Even better, these programs have achieved results.

A prime example is Feed the Future, a “whole of US government approach” spanning several federal agencies that is addressing the roots of hunger to reduce poverty and improve nutrition. Among its achievements, Feed the Future helped lift 23.4 million people out of poverty, prevented stunting caused by malnutrition in 3.4 million children, and created opportunities for 5.2 million families who no longer suffer from hunger.

What were the ingredients of its success across three presidential administrations?

First, both the executive and legislative branches played key roles. The Obama administration (drawing on its Republican predecessor) made the effort a presidential initiative and Congress exercised its oversight by authorizing legislation that institutionalized the program. The Global Food Security Act, signed into law in 2016 with strong bipartisan support, mandates all US government agencies working in this area—including the Departments of Agriculture and State, the Millennium Challenge Corporation, and the Peace Corps—to band together under the coordination of the US Agency for International Development to implement a Global Food Security Strategy. This was no small achievement, as in the past the number of US experts and programs associated with these anti-hunger efforts rose and fell in response to Congress’ funding and development trends.

Second, while bureaucracies are slow to change, the mandate to coordinate anti-hunger activities has sharpened expectations of results in the twelve focus countries in Africa, Asia, Latin America, and the Caribbean targeted by Feed the Future. Additionally, the adoption of common metrics has provided evidence of impact while offering clues as to how to better address the knotty problems of making markets and food systems work for the poor, engaging women as entrepreneurs, and integrating improved nutrition, especially for mothers and children.

Finally, Feed the Future has increased the involvement of local governments and other donors. Here in this country, it has engaged the great “menagerie” of US actors—land grant universities through Feed the Future’s Innovation Labs, businesses, nonprofits, and others eager to lend a hand and often contribute their own resources. For my organization, Feed the Future’s support to Lutheran World Relief’s work with women entrepreneurs in Honduras through USAID encouraged and challenged us to do more, working with local governments, non-governmental organizations, and rural credit institutions to address the barriers which prevented access to capital for these women-run businesses in the western highlands. In a similar vein, with the help of the US Department of Agriculture, we are helping small-holders in Burkina Faso make farming more like a business, and take advantage of the lucrative  sesame market by working with agricultural cooperatives, seed buyers, a financial institution, and a mobile technology company.

This is foreign aid that works. In Feed the Future, the American people have a success story which should fill us with pride.

So, what next? What better way to celebrate the success of Feed the Future than by making it better?

Perhaps the most important step in increasing the impact of Feed the Future will be to expand the number of countries it targets. It made sense to prioritize the twelve target countries as Feed the Future got off the ground. Now that it has been field tested, it’s time to broaden its benefits. Feed the Future should expand to include countries in difficult humanitarian contexts, including those experiencing conflict and failed national leadership. It is riskier and more difficult to carry out development programs in these contexts, but these are the places most in need.

Broadening the reach and approach of Feed the Future and its associated programs is especially urgent given the impact of COVID-19 on fragile and underdeveloped economies. The pandemic has severely affected local and regional international trade and has crippled local food systems in many countries. COVID’s impact has exacerbated already existing food insecurity caused by ongoing conflicts, climate change, and the destruction caused by swarms of locusts that have descended on areas of East Africa, South Asia, and the Middle East.

Feed the Future could also be more effective by deepening its engagement, especially with local non-governmental organizations and other civil society groups, and by making even more of a concerted effort to target smallholder farmers, the majority of whom are women.

Finally, the next Global Food Security strategy needs to better address the effects of climate change by adapting agricultural practices to reduce greenhouse gas emissions and help small-scale farmers adapt to the changed weather patterns that are already affecting their yields, and therefore their incomes.

Feed the Future stands in the tradition of bipartisan foreign aid initiatives that have made a significant impact, along with such successes as the President’s Emergency Plan for AIDS Relief (PEPFAR), launched in 2003 by the George W. Bush administration, which made life-saving medication available to millions around the world. Let’s seize this opportunity to improve the lives of even more families around the world by doubling down on our commitment to Feed the Future.

Daniel Speckhard, a former US ambassador to Greece and Belarus, served as deputy chief of mission at the US Embassy in Iraq and is a former senior official at NATO. He is also the president and CEO of Corus International, a family of faith-based organizations, including Lutheran World Relief and IMA World Health.

Agriculture has formed the backbone of India’s economy for many decades and remains crucial to providing food security for the country’s growing population. It constitutes a major pillar of India’s economic growth and a significant contributor to its growing exports sector.

Food relief on the frontlines

The world is facing an unprecedented global health crisis in the COVID-19 pandemic.