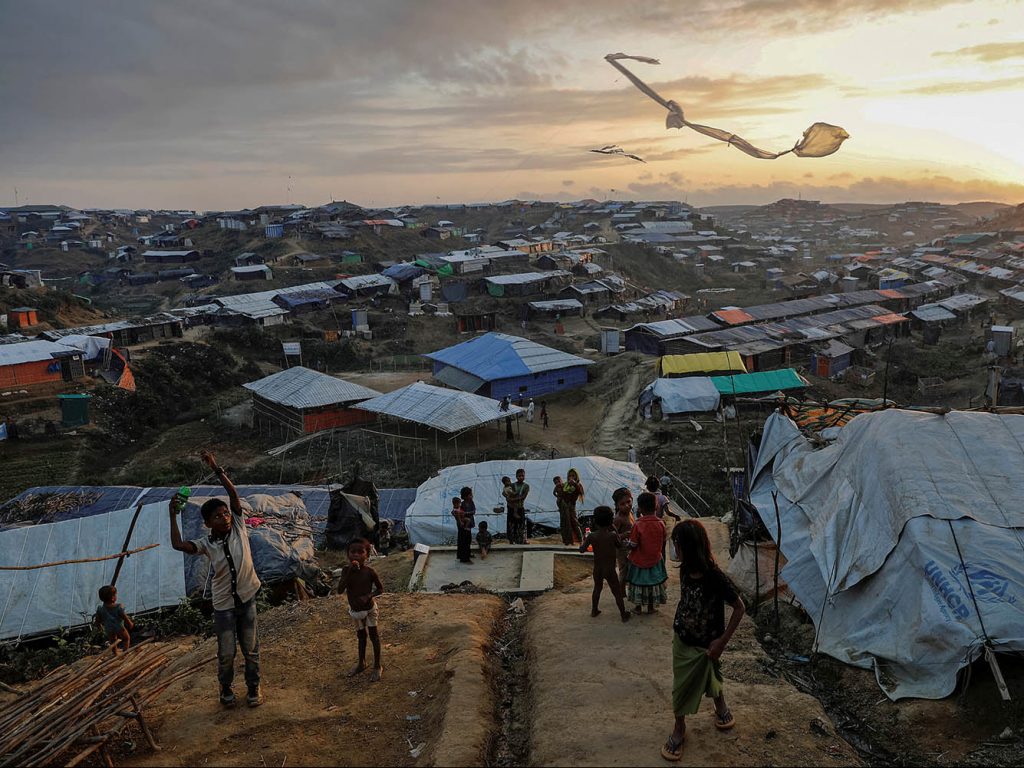 While the refugee crises created by the conflict in Afghanistan and the ethnic cleansing of the Rohingyas in Myanmar may appear to be disconnected, they are both part of a major migration upheaval in South Asia that the COVID-19 pandemic has only complicated. Already living on the margins of society, Afghan and Rohingya refugees have been hit particularly hard by COVID-19. Host countries and the international community need to do more to help alleviate the unique challenges that the pandemic has caused for both of these populations.

Before the pandemic, Afghan refugees in Pakistan already faced disadvantages in access to education, healthcare, banking and financial resources, and property. They have also been subjected to police brutality and arbitrary detention by security forces. While Pakistan does technically have birth right citizenship, this right has been routinely denied to the children of Afghan refugees born in Pakistan, and Prime Minister Imran Khan backed away from his original plan to revise this policy due to political backlash. Given the additional uncertainty around whether these children may be granted Afghan citizenship (many have never set foot in Afghanistan), the risk of statelessness is enormous and carries serious repercussions for the already dire legal and human rights situation faced by Afghan refugees.

The COVID-19 pandemic has only exacerbated these challenges. Though Islamabad lifted its lockdown measures, the initial shutdown caused major disruptions to the day labor sector in which many Afghans work. Restrictions on public gatherings limit already scarce economic opportunities, demonstrated by the closing of a major vegetable market in Islamabad that employed many of the Afghans residing in a nearby refugee camp. Additionally, the constant threat of deportation continues to have a profound effect on the psychological health of Afghan refugees who are now dealing with the additional anxiety of pandemic-related uncertainty. Finally, the initial closing of key Afghanistan-Pakistan border crossings meant that asylum seekers fleeing violence in Afghanistan would find seeking refuge in Pakistan much more difficult and dangerous, making them significantly more vulnerable to human traffickers and exploitation by criminal networks.

Afghan refugees and asylum seekers need more assistance from Pakistan, its allies, and the international community to weather the COVID-19 pandemic. Concrete policy reform could do much to improve the welfare of this community:

The COVID-19 situation has also created challenges for the already marginalized Rohingya community. Most Rohingyas live in the refugee camps in Cox’s Bazar. Each shack in its camps is just under ten square meters and typically houses five to six people, giving the refugee camps in Cox’s Bazar a population density three times that of Manhattan. While the government of Bangladesh—with the help of international non-governmental organizations (INGOs)—announced social distancing guidelines, the highly restrictive living conditions make it practically impossible to follow such instructions.

The first case of COVID-19 within the camps was confirmed on May 15. According to a study conducted by Yale University, 25 percent of respondents in the camps reported experiencing at least one common COVID-19 symptom—fever, dry cough, or fatigue. Nevertheless, the refugees are often reluctant to reveal their symptoms as they fear that suspected cases will result in forced separation from their families. As such, instead of going to testing centers, many are going to pharmacies in search of medication for self-treatment.

According to a report from August 24, only 3,176 tests have been conducted among the Rohingya refugees residing in Bangladesh. Seventy-nine came back positive, indicating a 2 percent infection rate. This is much lower than the rate of the host population which is approximately 16 percent. Yet, the death rate for the Rohingya refugees is 8 percent compared to 2 percent for the Bangladeshi host community. Moreover, existing health care facilities are woefully inadequate to handle a severe public health crisis. As of August 16, thirteen Severe Acute Respiratory Illness Isolation and Treatment Centres (SARI ITCs) have been ready to receive patients. While there are 490 SARI ITC beds with an additional 279 beds on standby and thirty-four isolation beds in all of the Rohingya refugee camps combined, there are only two ventilators in the whole of Cox’s Bazar.

Some NGO workers argue that the only safety measures refugees can realistically implement is to stay at home, wash their hands, and maintain good hygiene habits to the greatest extent possible. That said, there have been some positive developments: on the August 28, 3G and 4G internet was restored in the camps due to pressure from the international community, following the government of Bangladesh’s shutdown in September 2019 citing security concerns. As such, it is now easier for the refugees to stay up to date on the latest COVID-19 news.

The challenges facing the Rohingya refugees in Bangladesh have been exacerbated by the pandemic and the international community should take several tangible steps to provide assistance:

Harris Samad is a project assistant at the Atlantic Council’s South Asia Center.