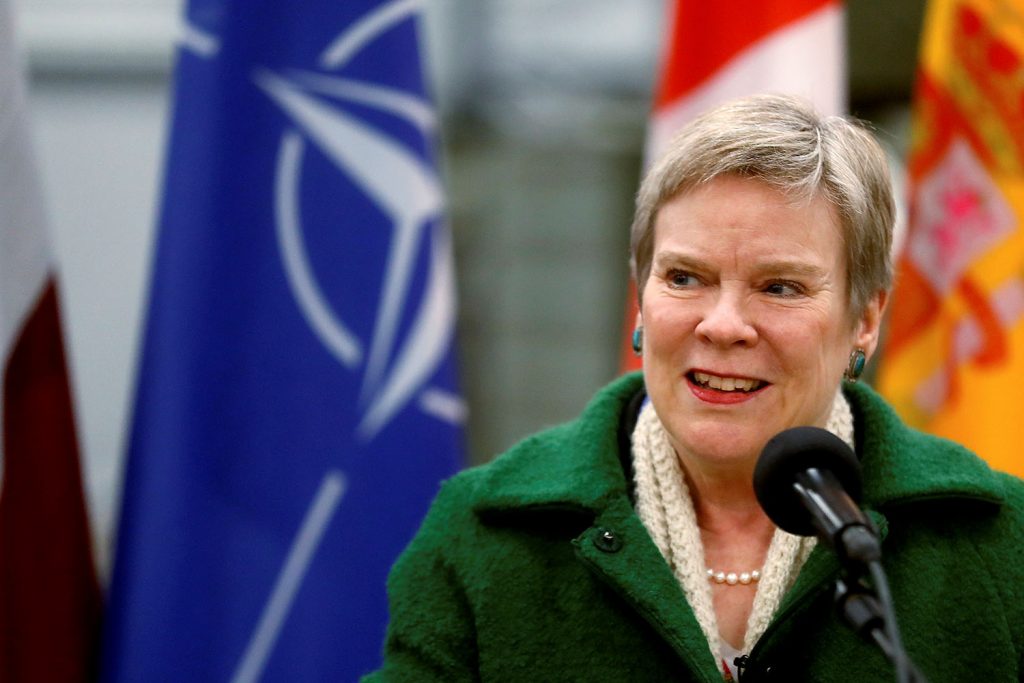 NATO Deputy Secretary General Rose Gottemoeller likely wouldn’t have wanted to be asked to dissect the situation in northern Syria as she prepared to exit her groundbreaking term as the highest-ranking woman in Alliance history. But her expertise on nuclear arms and her passion for helping improve gender balance in the Alliance had to take back seats in this interview to the latest crisis into which NATO has reluctantly been pulled.

The Alliance has no presence on the ground in Syria and until recently, managed to remain largely on the sidelines even in discourse while some of its member governments took active roles. But now that tensions are high in northern Syria between NATO’s two largest military powers, Turkey and the United States, it can’t avoid the spotlight.

As a highly experienced diplomat who negotiated US arms-control treaties with the Soviet Union, Gottemoeller refused to weigh in on the Syrian crisis which is dividing key NATO allies. She refused to comment on reports that Turkish forces had shelled areas near where US troops were stationed, a claim made by the US Department of Defense.

“I don’t think anybody including me can speculate on exactly where this this crisis is headed,” she said. “We can continue to emphasize restraint and emphasize the need to preserve the gains in our fight against Daesh,” another term used for Islamic State of Iraq and al-Sham (ISIS). NATO and all allies are members of the US-led Global Coalition Against Daesh.

Listen to the full interview:

She wouldn’t comment on allegations of extrajudicial killings carried out by fighters from Turkey-aligned Syrian rebel groups, material currently being examined by the United Nations. Gottemoeller did emphasize generally that “we need to pay attention to avoiding humanitarian problems, avoiding humanitarian tragedy further in this effort and that means avoiding things like extrajudicial executions and that type of thing.”

Over her three-year term, Gottemoeller’s role at NATO expanded to include responsibility for heading up NATO’s mounting counterterrorism efforts. In that vein, while saying she couldn’t confirm reports that ISIS-linked detainees have escaped or been set free from facilities previously guarded by Kurdish militias, she pressed countries who have citizens there to finally take responsibility for them.

“It’s high time that there be some priority attention given to resolving this problem,” she said. “[T]he international community has been looking very very hard at how to deal with the issue of foreign fighters and their families, how to try them, what will be the proper judicial process for dealing with them. NATO supports that we support the international community’s efforts to deal with this problem.”

She deflected the question of how NATO would deal with escalating tensions between Ankara and the United States. Standing beside NATO Secretary General Jens Stoltenberg last week, Turkish Foreign Minister Mevlut Çavuşoğlu called European criticism of the Turkish incursion “hypocrisy” and demanded allies’ moral support. “NATO already shows solidarity with Turkey,” Gottemoeller underscored. “We spent $5 billion over the years in building up our NATO facilities in Turkey: air bases, naval ports, radar sites. We continue to defend Turkish airspace with flights by NATO AWACS planes to provide for situational awareness in the area. NATO is standing with Turkey as we do in our common defense.”

“For all concerned,” she added, “I think it’s wise to consider how to get back to talking rather than fighting.”

That’s the no-nonsense diplomacy for which Gottemoeller is legendary. She’s also played a strong role in encouraging gender balance throughout NATO and says she’s encouraged especially by the fact that classes of interns are now evenly balanced between women and men.

“I see a lot of young women rising through the ranks,” she said. “They are really talented people and so I do think that increasingly we’ll see them rising from the middle ranks to the upper ranks of leadership, but we’ve got a way to go.”

Gottemoeller now heads for Stanford and Romanian diplomat Mircea Geoana, a former foreign minister and ambassador to Washington, takes over.