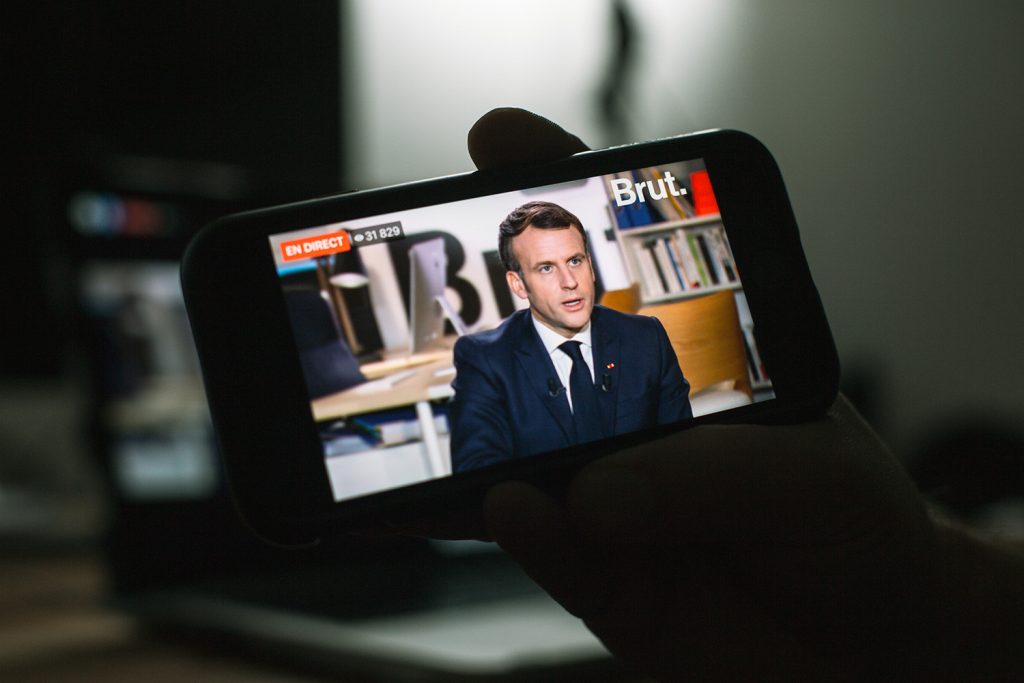 French President Emmanuel Macron seems to be feuding with the press again—but not in France, this time, but with the American media. The dust-up concerns the separation of church and state and comes as Macron, leader of one of the United States’ closest allies, prepares to launch a major new initiative in France’s fight against religious extremism.

As France and the United States look to rebuild a relationship that fractured under the Trump administration, it’s important that both sides don’t get lost in translation on something as critical as countering terrorism, and the concept of “laïcité,” France’s distinctive brand of secularism, which is central to understanding differing domestic approaches to the fight against a common foe.

Both the United States and France embrace religious freedom. Each country believes that a healthy democracy requires a separation of church and state. Such separation is enshrined in the US constitution, as well a 1905 law establishing the religious “neutrality” of the French Republic.

Both countries, however, take different approaches when religious freedom issues arise. In US public schools, for example, Muslim children may wear a hijab, and Jewish pupils likewise may wear a yarmulke. In contrast, French students are banned from sporting any conspicuous religious symbols in public schools, in the name of “laïcité.”

In President Macron’s own words, “laïcité means the neutrality of the State; in no way does it mean the removal of religion from society and the public arena.” But “laïcité goes beyond the concept of secularism, embracing the strict neutrality of the State.” The difference is essential to understanding the recent feud—perhaps better labelled as a misunderstanding—between President Macron and the American press.

Macron has suggested that American journalists don’t understand “laïcité. In the wake of the recent terrorist attacks on French soil (beginning with the October 16 beheading of teacher Samuel Paty), Macron argued that the Anglo-American press leapt to assign blame. Honing in on what they portrayed as the failures of France’s policy toward Muslims, the press accused President Macron of “stigmatizing French Muslims.” The French magazine Marianne reported a wide range of responses by the American media which criticized Macron’s response to the attacks. A journalist for the New Yorker saw a tweet by Macron saying “secularism never killed anyone” and responded with “Reminder: Stalin and Mao” showcasing how easy it is for the West to confuse secularism and atheism. These characterizations, many of which can be attributed to a limited and confused understanding of France’s unique context of secularism, sent shockwaves through France.

The dispute came to a head last month when Macron personally called New York Times columnist Ben Smith. He had a beef, as Smith put it, “with the American media: about our ‘bias,’ our obsession with racism, our views on terrorism, our reluctance to express solidarity, even for a moment, with his embattled republic.”

This confusion expanded from the US media to American civil rights groups. On December 4, The Council on American Islamic Relations (CAIR) offered its office space to a French Muslim civil rights group, which CAIR said was “closed in an Islamophobic crackdown,” after the French government dissolved the “Collectif Contre l’Islamophobie en France (CCIF)” on December 2. France said they chose to crack down on CCIF because the group had described the expulsion of imams calling for jihad as “Islamophobic acts,” and their media platforms were used to promote hatred, violence, and defense of terrorist acts.

Terrorist attacks in France have killed 263 people since 2015—including police officers, club-goers, teachers, journalists, cartoonists, and ordinary citizens—the most of any western country. So it comes as no surprise that addressing this issue is top of mind for President Macron. His multi-prong plan, proposed on December 9, the ‘day of laïcité,’ will prioritize measures to “reinforce laïcité,” and “consolidate republican principles” including greater public sector impartiality, stricter control of organizations that don’t respect republican values, and changes to France’s education system, amongst others.

In a speech last month, he expressed France’s goal to protect against “Islamist separatism” and further terrorist attacks in the name of religion. He also acknowledged many of the issues that are often critiqued by American audiences: the French government’s role in the very existence of this separatism that France is now fighting, including the “ghettoization” of Muslims in the suburbs of Paris and other cities, and the role it played in alienating generations of young Muslims. The truth is, most of these terrorist acts have been perpetrated by radicalized Muslim youth born in France (as opposed to immigrants), a demographic fact not lost on President Macron.

Macron’s new plan could represent an important step in France’s fight against “separatism” and give the government and civil servants in France the means to carry on what Macron refers to as the Republic’s “duty to offer hope.”

First is a “set of measures on public order and public sector impartiality,” which could be extended to employees of subcontractors. As an example, inspectors who previously refused to allow women on buses because of what they are wearing—or rather because they were not wearing what the inspector considered to be decent—will no longer be able to push their religious views on passengers.

Second, the plan proposes a stricter control of and the right to dissolve associations offering activities (such as sports, cultural, artistic, or language education, even food assistance) that do not respect republican values. Grounds for dissolving associations, which already included acts of terrorism and racism, could be expanded to include violations of human dignity and psychological or physical pressure.

Third, the plan promotes the idea that going to school where “children become free, rational citizens able to choose their own destinies” should be mandatory for all children over age three. Over 50,000 children in France are home-schooled, many suspected to be schooled in environments outside of any government control administered by religious extremists.

Fourth, the plan delineates measures to ensure Islam in France can “peacefully coexist with the Republic” and “become a partner of the Republic on matters of shared concerns.” President Macron has already asked Muslim leaders in France to draft and accept a compliance charter which affirms French republican values, and formally reject foreign interference and the objectives of political Islam.

Finally, President Macron’s plan gives the means to the government and civil servants to carry on the Republic’s “duty to offer hope,” because “hope cannot be legislated. It must be demonstrated.” This would include new initiatives to improve education and cultural activities in priority neighborhoods, and an additional €10 billion for ANRU [National Urban Renewal Agency].

The United States and France have been long time allies in the fight against terrorism. The US and French militaries have, in particular, been partners in their fight against ISIS in the Sahel, where “any [US troop] withdrawal or reduction would likely result in a surge in violent extremist attacks on the continent and beyond,” as Senators Lindsey Graham (R-SC) and Chris Coons (D-DE) wrote in a letter to former Secretary of Defense Mark Esper earlier this year. Of course, that was after President Trump had tweeted his plans to withdraw vital American troops from all deployment in west Africa.

Even though the unique circumstances of both countries create different domestic approaches to secularism, both America and France share the fundamental values of personal religious freedom, the separation of church and state, and the common goal of eradicating terrorism in all its forms. Both countries would be well-advised to study the constitutional, historical, and cultural underpinnings of those differences, and then focus not on the different approaches, but rather on cultivating the deep and enduring alliance that binds our nations together.

Laetitia Garriott de Cayeux is a member of the Council on Foreign Relations, and a security fellow of the Truman National Security Project. She was born and raised in France.

How France, Germany, and the UK can build a European pillar of NATO

Expanding and developing the role of the E3 in defense, with a focus to create a stronger European pillar in NATO, could serve as a fruitful test ground to shape more decisive and agile security cooperation for the future.

Emmanuel Macron must use his leverage to create space for new voices that are not inclined to perpetuate the same corrupt system if he is serious about facilitating a new political contract for Lebanon.