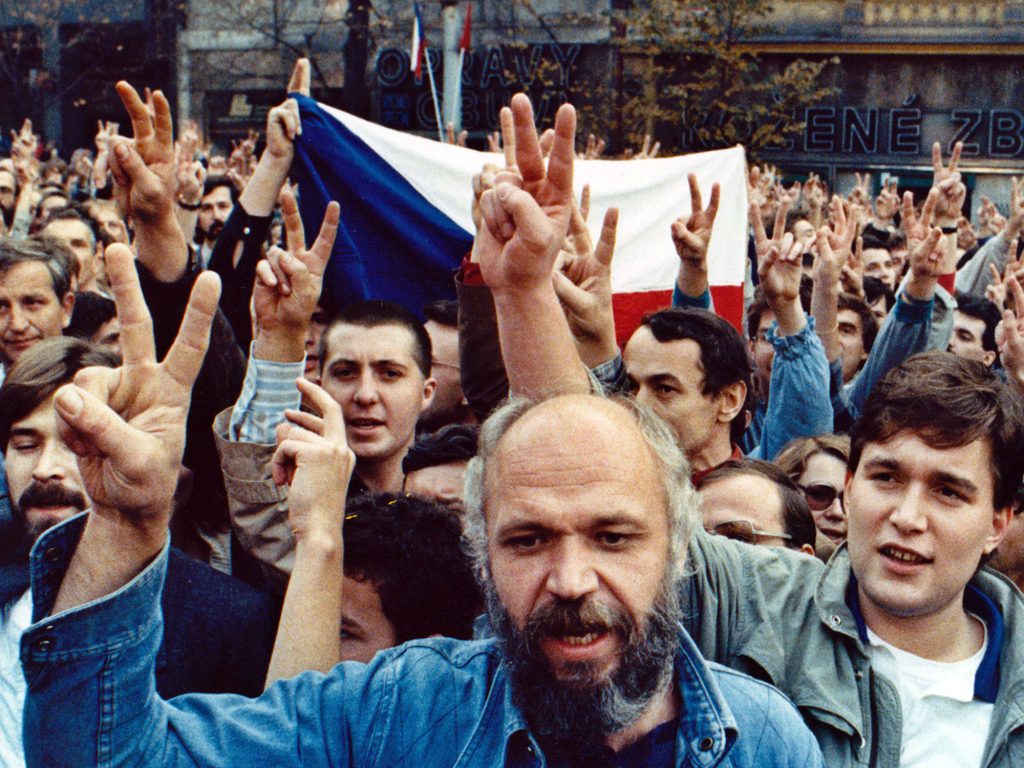 Today’s fashion among opinion writers and foreign affairs experts is to lament the rise of authoritarianism and demagoguery, led by leaders like Russian President Vladimir Putin, Hungarian Prime Minister Viktor Orban, Turkish President Recep Tayyip Erdoğan, and others, and a parallel sag in democratic self-confidence (and practice) in the West.

But thirty years ago, democracy advanced in spectacular fashion in Central Europe, confounding the gloomy predictions of the time with its speed and success. From Estonia to Bulgaria, communist rule fell, Soviet domination of Europe’s eastern third collapsed, and the peoples of Central and Eastern Europe who overthrew the old order introduced democracy and free market economics with determination. The Berlin Wall went from established fact to rubble and souvenirs. In the generation that followed, Central Europe built on success and, whatever its problems today, the political revolutions starting in 1989 stand as a high-water mark of democratic vindication.

Why did the Central Europeans succeed when so many efforts at regime change from within failed – ending in tears, bitter disappointment or bloodshed? Think of the Arab Spring in 2011: the sad fate of Syria or Libya, false dawn of Egypt or bumpy road to normality for Tunisians. Consider the disappointment of reformers-to-be in Cuba or Venezuela. Shed a tear for struggling Burma or Vietnam. Finally heave a sigh for gigantic China and the never fulfilled dream of protesters on the Tiananmen Square in 1989 and the struggle of the people of Hong Kong now.

As a Pole who came of age at the high-tide of democratic self-confidence post-1989, learning from the generation of freedom fighters who led the way, I offer suggestions for reformers who aspire to advance democracy in their own countries:

Make sure people know where you are heading and that there is enough critical mass to support you.

In 1989, societies of so-called “people’s democracies” were sick and tired of Marxism-Leninism and its miserable results. The refused to accept their fate on the wrong side of a divided Europe; they wanted to re-join the West. They knew exactly what that meant in practice: membership in the (then) European Community and NATO. This national consensus – especially in Poland and the Baltic States – helped generate readiness in the West to accept them. In Central Europe, democracy and patriotism united in common cause, generating the political capital that the new governments could invest in economic transformation.

Do not experiment with big ideas never tested in practice.

The democratic revolutionaries of 1989 were not interested in a new utopia; they wanted the tried and true means of free market democracy. Maoism looks intriguing on paper; the Little Red Book attempted to establish heaven on Earth. Similarly, the Islamist logic where the Caliphate is built through massive spillage of blood is a dangerous example of ends-justify-the-means logic. Putin’s ideologists seem to argue for a special “Russian way.” But, while Frank Fukuyama’s confidence in liberal democracy is well out of style, nobody ever invented anything better in practice than representative democracy and capitalism under the rule of law, and this is what Central Europe opted for in the 1990s. The Chinese “way,” even though it looks like a useful shortcut to prosperity, is beginning to stutter.

Improving ordinary livelihoods is as important as lofty political ideas.

Most of society does not consist of poets, political scientists or disgruntled intelligentsia. It was the blue-collar workers, farmers, and a lot of unhappy communist-apparat bureaucrats who made up the backbone of the Solidarity movement in Poland. They were not primarily concerned with the details of the electoral system. They protested against food rationing, the police state, and poverty. People—when they protest—begin with calling for bread (with a little entertainment in the form circuses). Democracy is important but in an intelligible form like a right to stage a protest or elect their leaders.

Make a clean start but refrain from revenge or retribution.

Revolutionary justice—dealing with the atrocities and crimes of the old regime—is an understandable temptation, especially in the abstract. But in practice, when giving the opportunity to deal with the past, most Central European countries emerging from communism decided against wholesale prosecution (or disenfranchisement) of the former ruling regime. Their leaders—our leaders—were not guerrilla fighters or caudillos—in one country it turned out to be an electrician in a shipyard, in another a poet who happened to be fan of the Frank Zappa and the Rolling Stones. Critically, regime change occurred though negotiations and elections, with the exception of Romania without war or fighting, and in all cases without massive bloodshed. Former dissidents—only recently released from prison—became leaders, lawmakers, and ministers. And they took care to avoid the Leninist trap of taking on the repressive habits of the regimes they had replaced. Communist rule had lasted forty to forty-five years; almost everyone was caught up in it, one way or another, and a new start required allowing for belated conversion rather than seeking heretics. Non-violent process was based on dialogue and bargaining, which frustrated purists but led to larger social buy-in. Everybody was offered a chance to build a new society.

Prepare your cadres in advance.

1989 in Central Europe was preceded by several waves of protest: 1956, 1968, and 1980. Generations of dissidents and free thinkers could consider options, digest lessons from failed uprisings, and prepare for the moment when history opened up possibilities. Foundations for future civil-society were laid by cultural activists, underground structures and newspapers, and in Poland’s case relatively independent institutions like the Catholic Church, especially after John Paul II’s election as Pope in 1978.

Make sure the international environment is propitious.

The United States and Western Europe were surprised by the events of 1989. But US President Ronald Reagan had prepared the ground for Americans to consider the possibility that communism would fail. And Soviet General Secretary Gorbachev, recognizing the systemic weakness of his own country, needed a new start. By 1988-89, Lech Walesa and other dissident leaders in Central Europe knew that the moment was a good as it was every going to be. And they were right.

Making democratic regime change work is neither easy or inevitable. History knows more failures than successes. Remissions into old ways are common. Democracy and capitalism can be very chaotic, messy, and sometimes confusing, and that’s when they work well. That makes Central Europe’s achievements thirty years ago all the more laudable, a source of inspiration in what seem darker times today.  We all should take heart from their example, and renew our faith in ourselves and our principles.