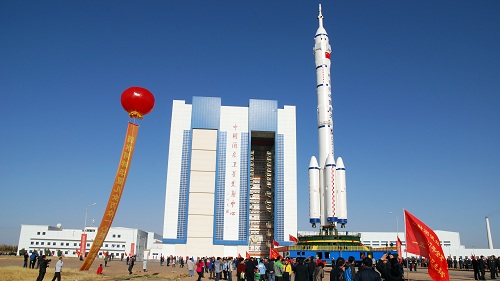 With all the recent discussion on the rebalance to Asia and how air, sea, and ground forces might play in that environment, one domain has been conspicuously absent. Space.

Nearly everything the United States does as a nation and world power passes through or is assisted by its space assets. We have billions of dollars invested in assets such as GPS, communications, intelligence, and more and we are reliant on their continued operation.

But space is vast, and what, if any, threats are out there?

In January, 2007, China launched a missile that “killed” one of its own satellites as a test. It was effective – not just in taking out a satellite, but in creating a field of space debris, which in and of itself could be a threat to space assets.

The Washington Times reports that North Korea, a country not shy about exporting its technology, has repeatedly blocked GPS signals in South Korea – a nuisance now, but a very real threat in any combat or crisis situation in Korea or elsewhere.

To disable or disrupt space assets, an adversary could also attack ground stations and the command, control, and communication abilities they provide, either kinetically or non-kinetically, such as through the cyber-realm.

These reasons, and more, are why it’s not just vital to have a space policy but a space deterrence policy. While some have argued that “deterrence is deterrence,” traditional models often do not translate to space.

There’s the old school method of Mutually Assured Destruction (MAD). While that may have worked against a peer competitor with just as much to lose, it’s an impractical approach in a world where the goal is to not necessarily destroy us, so much as to simply take out, or even disrupt, our space capabilities, thereby negating one of our crucial advantages. If our adversary doesn’t have similar assets, what can or what do we threaten?

There has been much talk recently about “red lines” which, if and when crossed, trigger an automatic response. They serve as a warning to help deter actions. Should there be red lines in space? Probably not, for two basic reasons. First, by defining what’s important, what these “red lines” are, you also define what’s not important. Secondly, and more importantly and much more dangerously, you give your potential adversaries a list of targets – something they’ll probably be very thankful for!

To expand on the denial aspect, certainly “hardening” the potential targets is one avenue. But hardening, redundancies in the constellations and the like are just downright expensive. Space assets aren’t cheap while those designed to deny space are, relatively anyway, inexpensive. That’s why it’s just as important to expand our deterrence capabilities by increasing our cooperation and partnerships with our allies, many of who also have a vested, and on-going, interest in space as it is to develop our comprehensive and realistic deterrence policy.