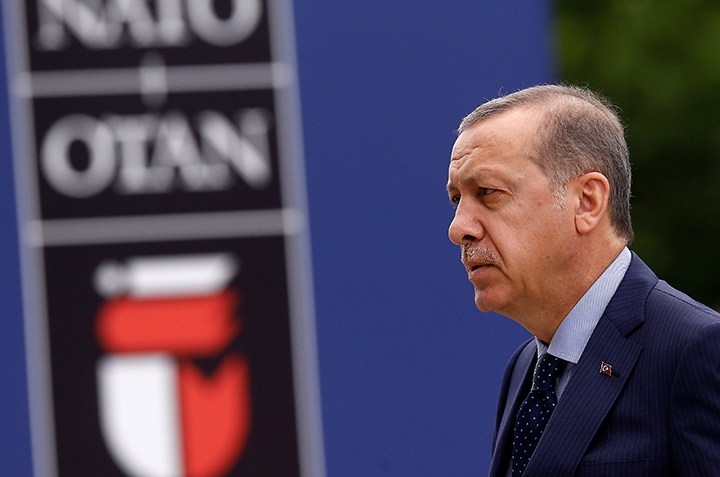 Donald Trump’s electoral victory has been welcomed in pro-government circles in Turkey. This is not surprising when one takes into account the US president-elect’s past comments on Turkey and Turkish President Recep Tayyip Erdoğan.

Following the attempted coup in Turkey in July, Trump, in an interview with the New York Times, described Erdoğan as a strong leader and credited him with rallying his supporters to fend off the putschists. He also emphasized the larger role Turkey can play in the war against the Islamic State of Iraq and al-Sham (ISIS).

In his comments on Trump’s victory, Erdoğan said that “a new era has begun in the United States” and added that he hoped that the American people’s choice of Trump will “bring favorable developments.”

The latest positive overture from the Trump camp toward Turkey—an article by retired Lt. Gen. Mike Flynn, touted by many as the next national security advisor of the United States—has grabbed the Turkish media’s attention. The article is the strongest sign yet that US-Turkey policy in a Trump administration will be more mindful of Turkish sensitivities.

In the article, titled “Our ally Turkey is in crisis and needs our support,” Flynn described Turkey as the United States’ “strongest ally against the Islamic State and a source of stability in the region.” In a message highly reminiscent of that which the Turkish government has been communicating, Flynn implored readers to see the world from Turkey’s perspective and, in particular, to understand the trauma Turkey suffered on the night of the attempted coup.

As opposed to the Obama administration’s tepid and cautious statements on Turkey’s request to extradite Fethullah Gülen, the US-based cleric whom the Turkish government believes to be the ringleader of the coup plotters, Flynn wholeheartedly declared his support for the extradition.

Even before the coup attempt, pro-government commentators in Turkey had begun to criticize Trump’s Democratic opponent, Hillary Clinton and the Clinton Foundation, for ties to the Gülen movement. After the coup attempt this rhetoric increased and explains one of the reasons why Trump’s victory has been heralded as a new beginning in US-Turkey relations.

Trump’s inconsistent and vague messages regarding the policy positions he will take are well known and extend to the Middle East where policy makers are trying to predict his approach. In the Turkish media, emphasis has been placed on the Trump campaign’s vision of a larger role for Turkey in the war against ISIS. Together with better relations between the United States and Russia, they hope this will reduce the importance of the Syrian Kurdish People’s Protection Units (YPG) as the main US-allied ground forces in the war against ISIS. The United States’ reliance on the YPG, considered to be the Syrian affiliate of the Kurdistan Workers’ Party (PKK), has been a major source of discord between the two NATO allies.

Turkish media has also attempted to draw parallels between Erdoğan and Trump’s strong personalities, their capacity to connect with their bases, and their aspirations to dramatically change the course of their countries’ histories.

In the short to medium term, the Trump administration’s decisions regarding Gülen and the YPG’s role in the war in Syria could positively transform the US-Turkey relationship and usher in a new beginning.

Pinar Dost-Niyego is the Istanbul-based associate director in the Atlantic Council’s Turkey office.

Grady Wilson is an intern based in the Atlantic Council’s Turkey office.