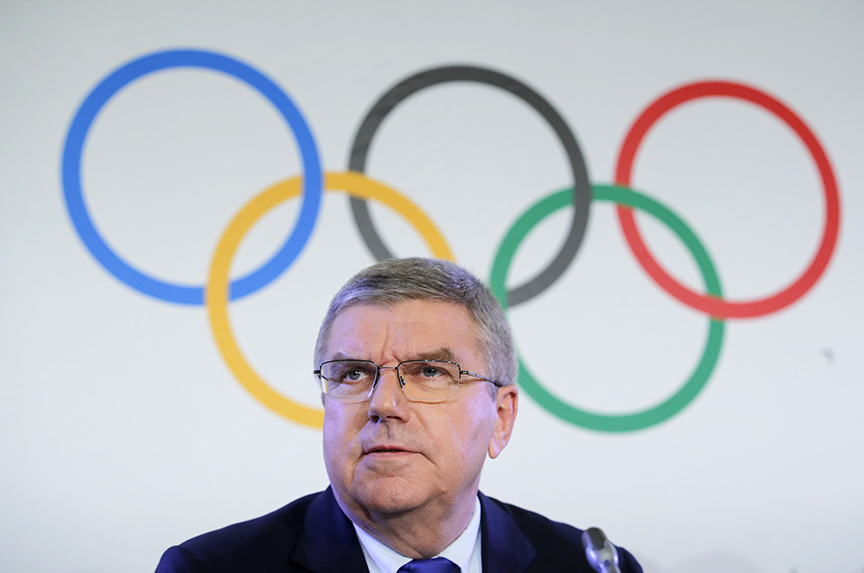 The International Olympic Committee (IOC)’s historic decision to ban Russia’s Olympic team from the 2018 Winter Olympics in Pyeongchang, South Korea, is a welcome action on the part of the committee, according to Atlantic Council analysts.

“Such behavior cannot be tolerated in any arena, and this decision sends a clear message in that regard,” he added.

The IOC meted out the unprecedented punishment to Russia for doping. The committee will allow athletes who have been subjected to, and passed, rigorous drug testing to participate in the Olympics. These athletes will compete under the IOC flag.

“The International Olympic Committee’s swift, blanket ban of Russia’s participation in the Winter Olympics stands in stark contrast to last year’s partial ban of Russian athletes in Rio, which disappointed athletes worldwide and called into question the organization’s credibility,” said Geysha Gonzalez, an associate director in the Eurasia Center.

Ahead of the 2016 Summer Olympics in Rio de Janeiro, the IOC declined to impose a blanket ban on Russian athletes. The IOC at the time left it to individual sports federations to decide whether their athletes were clean.

Russia has strongly denied the findings of the doping investigation.

As for the reaction of Russian President Vladimir Putin and the Kremlin, Edward Fishman, a nonresident senior fellow in the Council’s Eurasia Center and Brent Scowcroft Center on International Security said: “The IOC decision no doubt will be met in Moscow with dismissiveness and recriminations. Cynical officials may even see it as a potential boost to nationalism before the 2018 presidential. But one must hope that, in private, it will help the Kremlin appreciate that there are real costs to breaking the rules.”

However, “while banning all Russian athletes would have played handsomely into Putin’s narrative in which he claims accusations of state-sponsored doping are a political move by the West, the IOC left no room for tale spinning,” Gonzalez said.

She added: “Letting ‘clean’ Russian athletes compete under the IOC flag will clearly show that the punishment is a result of the crime. For once, cheating won’t result in medals, but shame.”