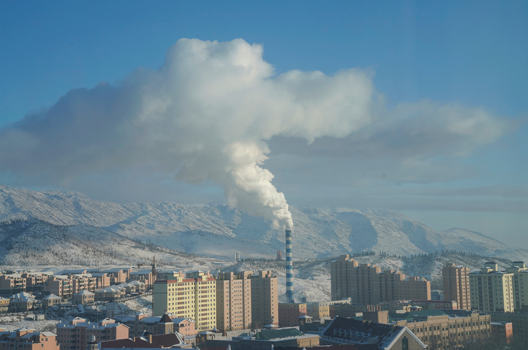 China’s new emissions trading scheme (ETS) may set the country on a path to achieving its goals outlined in the Paris Agreement, but concerns regarding effective emissions cuts have raised questions about the efficacy of the new policy.

In December of 2017, China launched its national greenhouse gas emissions trading market, creating the world’s largest carbon market. While the highly anticipated policy announcement has been met with excitement, the Chinese government has yet to clarify fundamental questions regarding the market’s operation, the details of which will determine whether the policy is a real driver to curb emissions or merely a public relations maneuver.

For China, emissions reductions take on unique urgency. The country is already the world’s largest carbon emitter, accounting for roughly 30 percent of global carbon dioxide (CO2) emissions. Slowing and ultimately reversing the trajectory of emissions from climbing is critically important for China to demonstrate to the world that it is serious about combatting climate and maintaining it’s broader geopolitical alliances within the G77. As China’s flagship climate policy, the ETS is of crucial importance, and Beijing must get it right.

In cap-and-trade systems, the government imposes an emissions limit on an industrial sector. Successively tightening the overall cap by reducing emissions allowances allocated or auctioned to individual emitters ensures environmental objectives are achieved. Covered emitters are then permitted to trade allowances or offsets, and activity that reduces the overall cost of regulation by allowing individual emitters to reduce emissions or acquire allowances from others that can reduce emissions at lower cost.

China’s ETS instantly became the world’s largest emissions trading system, regulating three billion tons or 30 percent of China’s carbon emissions, roughly twice the volume of the European Union (EU) ETS. It covers some 1,700 electricity generators emitting 26,000 tons or more of carbon annually. The scheme will initially cover only the electricity sector before gradually expanding to other sectors. It will run as a simulation without imposing penalties rather than a compliance regime for an indefinite period of time, essentially expanding China’s seven regional pilots that operated between 2013 and 2017. Launching as a simulation is common practice, and probably wise given the complexity of emissions trading systems.

Basic questions about the policy remain unanswered, and China’s ETS differs fundamentally from conventional emissions trading systems in several key respects. Specifically, China’s national ETS is inherently subject to political influence, is plagued by a lack of data transparency, and perhaps most tellingly, it lacks a true emissions “cap,” all of which pose a threat to the integrity of China’s carbon market and the country’s ability to meet the emissions reduction goals set forth in the Paris Climate Agreement.

China’s carbon market is widely viewed as a commitment to market-oriented environmental policies, signaling a move away from traditional command and control regulation, yet it operates in a political economy dominated by the state.  While official rhetoric from Beijing commits to deepening market reform, the state still controls the costs of many important basic inputs, maintaining artificially low prices, including capital (interest rates on savings and lending), energy (fuels and electricity), land, and water. The central planning bureaucracy also regulates the terms of competition through anti-trust and policies promoting national champions.

Carbon markets are thus operating in an environment lacking robust domestic competition. If state-owned enterprises (SOEs) are not exposed to genuine competition in the marketplace, it is virtually certain that regulators will not hold SOEs to the discipline imposed by a carbon price, more broadly allowing carbon markets to determine winners and losers among protected industry.

The policy’s effectiveness will be determined by the price of carbon. This, in turn, depends on the cap’s level, whether credits are allocated freely or auctioned, and how the market is regulated. For SOEs, the carbon price will compete with state subsidies, which could negate the effects of the carbon price. A study of China’s one-hundred-plus national-level SOEs estimated that from 2001 to 2009 these companies received subsidies totaling roughly seven times their profits from 2001 to 2009.

Thus, while carbon pricing should encourage emissions reductions, in an uncompetitive and subsidy-rich environment, it is impossible to know whether carbon markets will provide a meaningful price signal, or if subsidies will undermine their impact.

Accurate facility-level CO2 emissions data is essential for carbon markets. Regulators and traders require data to enforce caps and set prices. Emitters are likely to underreport emissions to the government to show compliance.

In the EU and the United States, emissions data is publicly available online. By contrast, China refuses to release company emissions data to the public or market, classifying the data as commercial secrets.

Without public data, the market, academics, and the media, cannot play their role in evaluating the policy’s effectiveness, and holding emitters accountable.

While the National Development and Reform Commission (NDRC)—the agency responsible for administering the ETS—refuses to release company-level emissions data to the market or public, third-party verifiers approved by the government are employed by emitters to verify and confirm emissions data. Concerns over the reliability of third-party verification has led the NDRC to experiment with what it calls “fourth-party verification,”   releasing data to select academics and government researchers under controlled conditions to identify errors and evaluate the policy.

Fourth-party verification creatively attempts to deflect criticism over lack of public information, while continuing to withhold the data. However, the approach carries risks.  Selective disclosure poses conflicts of interest for researchers who might seek access to data in exchange for favorable coverage. If misused, selective disclosure will confer unfair information advantages akin to insider trading as long as data remains unavailable to the public.

Best practices suggest that emissions caps should be set, and adjusted, to achieve environmental objectives, specifically the Intergovernmental Panel on Climate Change’s target of reducing emissions by 85 percent by mid-century. Towards this goal, the EU adopted technology performance benchmarks, penalizing inefficient production, and shielding emission allocation decisions from political influence.

Throughout the ETS process, Chinese industry objected to technology benchmarks, as benchmarks force greater transparency, preferring allowances to be based on historical emissions. The lack of benchmarks gives the government greater influence over allocations because they possess superior information relative to regulators.

However, responding to pressure from state industry, China adopted a hybrid approach to capping emissions in the carbon market. The overall cap is established by totalling historical emissions of regulated enterprises, then in later periods taking into consideration potential mitigation actions based on technology advances reflected in performance benchmarks, and the development status of covered sectors.

Initially, emitters’ carbon allowances will be based on a combination of past emissions and probably provincial-level emissions targets set by the central government. Provincial targets vary based on classification of provinces into five different categories of economic development. Wealthy eastern provinces, which are transitioning from industry towards the service sector, have the greatest reduction targets, while less developed provinces have lower targets or even room to increase emissions.

The methodology calls into question how provincial authorities, competing for investment, and the central government that bears reputational risk for implementing the Paris Agreement, will regulate carbon under China’s ETS.

Currently, the “cap” is merely a totaling of company-level expected emissions—a calculated number rather than a true cap. A “true cap” would move the industry further and faster towards cutting carbon emissions and achieving the goals set forth in Paris. Whether China’s “cap” becomes a tool to reduce emissions depends on whether China’s NDRC tightens the cap by reducing the number of overall allowances available to industry, thus forcing reductions in emissions, or whether it bends to pressure from industry or regions.

China’s ETS may have instantly became the world’s largest emissions trading system, but Beijing risks undermining its credibility if it does not shore up the fundamental shortcomings outlined above. Ultimately, transparency will be essential both for the ETS’ success in delivering results and in establishing China’s reputation in climate leadership.