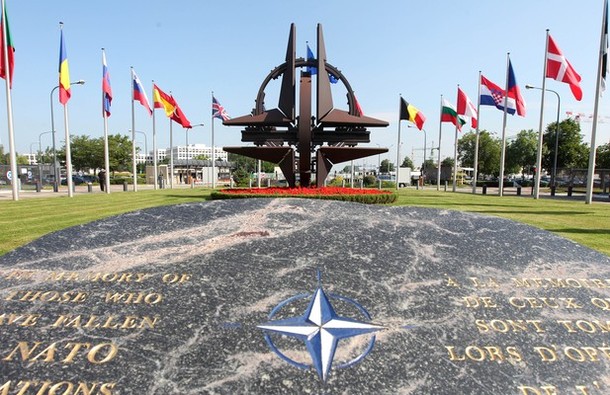 Is NATO deterring itself? A two day meeting here in a searingly hot Rome on NATO’s Deterrence and Defense Posture Review (DDPR) reaffirmed to me the deep transatlantic gulf over NATO’s twenty-first century role. Sadly, no answer will be found to NATO’s existential twenty-first century question: is the Alliance integral to America’s world view or merely a group of failing regional actors with whom Americans may from time to time act?

The DDPR concerns the twenty-first century modernization of NATO’s core Article 5 collective defense, or at least it should if the Alliance knew anything about public diplomacy. DDPR has four elements: nuclear deterrence, missile defense, defense against cyber-attack, and the maintenance of a sufficient number of linked up, moveable fighting soldiers to deter or strike back at any aggressor be it a state or a terrorist organization. There is also a fifth element: arms control and disarmament inserted mainly at the insistence of the Germans to assuage domestic political opinion.

What DDPR actually reveals is the many inherent contradictions within the Alliance that now render weak NATO’s deterrent role. Indeed, far from communicating a sense of real strategic purpose DDPR acts rather like a roll of thick wallpaper designed to cover cracks and holes in a deeply-cratered wall.

At the highest level (what we ‘wonks’ call grand strategy) the friction between the two new blocks that now make up NATO–the Eurozone and the Anglosphere–are plain to see. In the German-led Eurozone strategic truth has now become so toxic that denial and delusion have become the stuff of contemporary politics. Just look to Brussels and today’s latest installment of the now long-running EU Muppet Show.

The US-led Anglosphere is slowly turning away from continental Europe towards the Asia-Pacific. Indeed, last night’s Eurozone decision to begin moves towards a Eurozone-only banking union will in time confirm Britain’s exit from the EU and its re-orientation towards an Anglosphere embedded in the world economy beyond Europe. As the Americans and British shift away from Europe they will leave behind a legacy NATO. DDPR in many ways reflects that; a last ditch offer to modernize the strategic nuclear deterrent and reinforce it with a missile shield in the hope that Continental Europeans modernize their soldiers. They will again be disappointed.

Germany is the critical power. Indeed, the DDPR reeks of German domestic angst. As Germany emerges as Europe’s political and economic pocket superpower Berlin’s influence over the continent will be legitimized by reducing its military power and much of the rest of Europe with it. To Berlin’s mind the Russians must be kept happy at almost any cost even if it effectively gives Moscow a veto over NATO modernization. And, all matters nuclear are taboo, barring any nuclear role for NATO whilst pretending NATO remains a nuclear alliance. The effect is to increasingly detach NATO from its three nuclear powers – Britain, France, and the US.

The other problem is purely bureaucratic. I was attacked at the meeting by some of the DDPR’s drafters for pointing this all out. Their argument was that “this was the best we could do given the circumstances.” Well, chaps, in purely strategic terms your work is simply not good enough and the future will confirm that. But, of course, neither politicians nor bureaucrats live in the future. What comes across is a NATO that is becoming increasingly like an ant-hill in which all that matters takes place within the colony with little or no regard for where the colony sits in the bigger strategic picture.

In the old days NATO had a pretty clear idea as to its purpose. In the very British words of NATO’s first Secretary-General, Lord Bruce Ismay, the Alliance was, “to keep the Germans down, the Americans in and the Russians out.” Today, the Americans are on their way out, the Germans are up but not really in, whilst the Russians are far too far in and want NATO out.

The next five to ten years will see a revolution in the way power is distributed across the world and in Europe. The first lesson taught in Class 101 for strategic dummies is that structure follows power. This is the last chance NATO will be given to prepare for what is very clearly going to be a very bumpy century with much of that friction on Europe’s doorstep. Therefore, like it or not, defense cuts in Europe mean nuclear weapons will become more important not less so. Germany and those who want both nuclear disarmament AND deep cuts to conventional forces are destroying the very foundations of a strategic NATO. Worse, such strategic pretense is the appeasement of reality and we all know where that leads.

Lord Ismay must be rolling in his patrician grave. NATO is deterring itself.