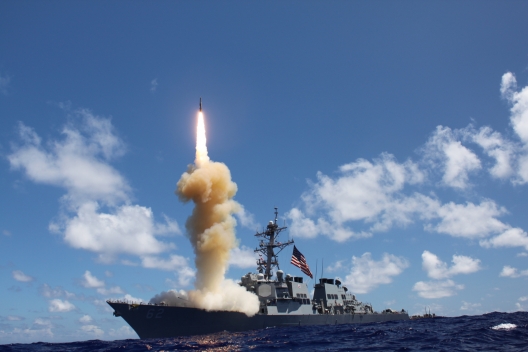 One of the most important initiatives concerning US and European security has been the Washington-led effort to build a transatlantic missile defense architecture to counter the growing threat posed by the proliferation of missile technologies. This threat includes Iran’s increasingly capable missiles that many project will be soon able to  strike the United States, as well as shorter-range missiles that Iran and other countries can use to threaten Europe.

However, the missile defense architecture emerging from NATO’s initiatives and the US-led European Phased Adaptive Approach is no longer transatlantic in terms of capability. The Obama administration in April 2013 cancelled SM-3IIB interceptor that was to be deployed in Poland in 2020 to intercept high altitude missiles flying from the Middle East to targets in the United States. While this architecture promises to defend European territory, it does not directly contribute to the defense of the continental United States.

Europeans nations, however, have the capability to contribute significantly to the defense of the United States in a way that also increases the effectiveness of the missile defense capabilities deployed to defend European territory. This can be done without exorbitant cost by leveraging existing European radars and other sensors capable of contributing to missile defense operations.

European allies and partners have numerous shipboard sensors, large space object tracking radars, tactical and test range radars, and satellites capable of contributing to missile defense operations, but few are currently linked to the NATO missile defense network. These sensors include L, S, and X band sensors on UK, Dutch, Danish, German, Spanish, and Norwegian ships; space tracking radars in Norway, Germany, and France; tactical missile tracking radars in Greece, the Netherlands, France, Germany, and Italy; infrared sensors on satellites being developed by France; and X band range radars and other missile tracking capable sensors currently being operated or developed in other European countries. They all have unexploited potential for transatlantic missile defense.

The United States has repeatedly shown through flight-testing, exercises, and experiments that missile defense systems can accept, integrate, and fuse data from a wide spectrum of sensor data. It is clear that European capabilities can be leveraged to create a wider and denser transatlantic web of sensors. Linking them to the US sensor network and missile defense command and control systems would enhance the tracking and discrimination of long-range missiles traversing Europe, from the Middle East to North America, and thereby increase the probability of an intercept. Exploiting this European capability, especially in the mid-Atlantic ocean region, has the potential to enhance the shoot-look-shoot capability of Alaska-based interceptors against incoming Intercontinental Ballistic Missiles. This same integration of sensors would also strengthen Europe’s defense against missile attack, including large size missile raids.

Linking these sensors is relatively inexpensive, but does require the political willingness of contributing NATO allies to be a recognized part of NATO’s missile defense network. Yet is that not what NATO is all about: the sharing of risks and burdens to enhance common defense?

The integration of Europe’s sensor capabilities is fully consistent with NATO’s 2010 Strategic Concept in which the Alliance adopted the mission of defending its territories and populations from ballistic missiles—coverage that should extend to both European and North American territory. Sensor integration is consistent with NATO’s Smart Defense initiative that is intended to maximize efficiency and effectiveness through the pooling and sharing of capability. Further, it would expand and deepen European expertise with missile defense operations.

Finally, the integration of European sensors to enhance the defense of the United States would be an important capability package to be delivered at the NATO 2014 summit. In an age of ballistic missiles, there are few better ways to demonstrate good European burden-sharing and, above all, how NATO significantly contributes to the security of both sides of the Atlantic Ocean.

Ian J. Brzezinski and Patrick O’Reilly are senior fellows in the Brent Scowcroft Center on International Security at the Atlantic Council.