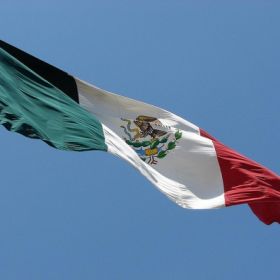 Lucia, a resident of Mexico City, was stuck in traffic for nearly seven hours. Pedro, from Guatemala, couldn’t make it home after protesters forced the airport to close, cancelling his flight.

These stories will sound familiar to anyone who experienced the chaos in Mexico over the past weeks. The disorder stemmed from striking teachers unions, which took to the streets to protest imminent changes to the country’s education system – and whether or not Lucia and Pedro were interested in education reform, they received a crash course in the contentious politics of the debate currently unfolding there.

This debate is certainly welcome, overdue as it is. Indeed, improving Mexico’s education quality is crucial to its future. In the latest OECD international rankings, Mexico scores nearly 70 points below the OECD average in reading, and even further down in math and science. Less than one percent of students achieve “excellence” in math – compared to 30 percent that do in Hong Kong. Most Mexican students – 54 percent – don’t even finish a basic level of secondary education, and only 10 percent graduate with a university degree.

Unfortunately, it is also clear that money is not the root of the problem, and thus not a quick solution. Mexico has the highest levels of education spending in the OECD, as a percentage of GDP, and more of that money goes to teacher salaries than in any other OECD country. Thus reforms to the system must go deeper than simply throwing more money at the problem.

But already in the course of his young administration, President Pena Nieto has proven to be reform-minded. He has threatened many of the status quo coalitions that have defined the Mexican political economy by pushing for market-oriented reforms in the energy, telecommunications, and banking sectors in order to attract much needed investment and spark job creation. But he has also realized that upgrading the Mexican economy will be a challenge without better human capital, which is why he has placed education reform at the forefront of his agenda.

Mexico’s Congress passed the implementing legislation for this overhaul in September, the precipitating event sending the teachers into the streets. The reform includes deep changes to the teacher tenure system, including the creation of a new national evaluation institute that will prepare exams that all teachers must pass. In addition, the new law will inject competition into the teacher hiring system by changing the current rule that only graduates of the teacher’s university can be eligible for hire.

Finally, the notorious practice of teachers transferring or outright selling their positions to family or friends will be outlawed, and full time union workers will no longer be able to collect an additional teacher salary.

While teacher tenure and evaluation reforms have generated the most visceral opposition, there are less visible provisions that will be perhaps even more important in the long run. “First and foremost”, says David Calderon, executive director of Mexicanos Primero, an advocacy group that has a key role in pushing for the reform “the legislation enshrines in law the right of every Mexican to a quality education, with the emphasis on quality. Ensuring universal education does little without that dedication to quality”.

Equally important are the reform’s efforts to engage parents in the education system as never before. The law foresees parents taking part in councils that help supervise schools and budgets, evaluation systems, and curriculums. The Mexican Competitiveness Institute (IMCO) is also pursuing innovative ways to increase parent participation, such as with the Improve Your School project, a database that aggregates school data and gives both parents and policymakers the ability to compare progress at both public and private schools.

Given the protests, one might be forgiven for thinking that the only stakeholders involved in the controversy are the unions and the government. But what about those most affected by education system, who stand to benefit the most from reforms – the students and their parents? What do they think about the proposed changes?

In fact, polls in Mexico have consistently shown public frustration with the state of education and majority support for reform. According to the Center for Public Opinion and Social Studies (CESOP), persistent majorities of the public support education reform, and 52 percent expect that it will substantially improve Mexican education. In contrast, only 20 percent of those respondents sympathize with the aims of the teacher protests. Other national polling shows that a full 88 percent of the Mexican public supports the creation of a teacher evaluation system.

Most recently, the UN sponsored “MyWorld” survey of over 36,000 Mexican citizens clearly demonstrates the place that education occupies in their concerns: across all age groups and genders, respondents have placedquality education as their primary concern, above healthcare and better job opportunities. The MyWorld survey has asked the same question of more than 1.3 million people in the 193 member states of the UN, and they all come to the same conclusion: education must be priority number one.

President Pena Nieto is an apt politician, who has recognized that public opinion favors change, even if the entrenched interests don’t. He has said that “in the coming months we will be writing the future of Mexico.” This may be true, but the hardest work is yet to come.

Gabriel Sanchez Zinny is president of Kuepa.com, a Latin American Blended Learning company, working in incorporating technologies to reduce dropout rates and a senior fellow with the Adrienne Arsht Latin America Center. Follow him on Twitter at @gzinny.