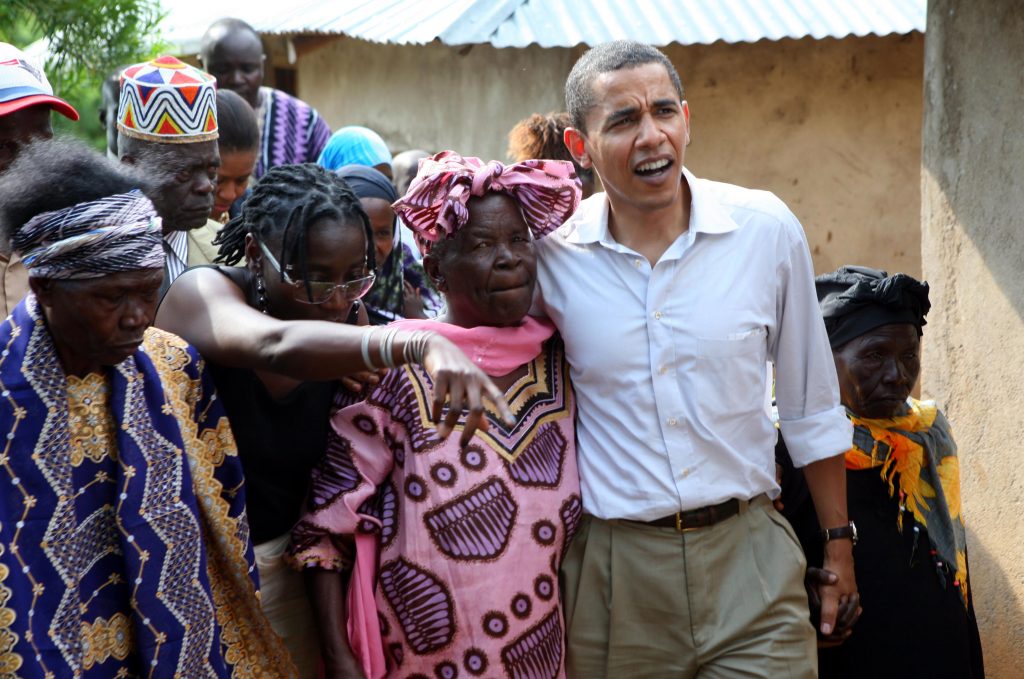 US President Barack Obama’s decision to visit Kenya and Ethiopia this week underscores the strategic significance of these two sub-Saharan nations to the United States, says the Atlantic Council’s top Africa analyst.

“Beyond that personal tie to Kenya, this is arguably the most strategic itinerary of the President’s four trips to sub-Saharan Africa,” said J. Peter Pham, Director of the Atlantic Council’s Africa Center.

By visiting two of Africa’s booming economies, Obama will not only shine a spotlight on his administration’s policy to engage with Africa, he will also underscore the key security aspects of these relationships, said Pham.

The decision to visit Kenya and Ethiopia has not been without controversy over the state of human rights and treatment of government critics in these countries.

At the time of his election in 2013, Kenya’s President Uhuru Kenyatta was facing trial at the International Criminal Court at The Hague for his alleged role in post-election violence in 2007-2008 that killed left around 1,200 people dead. The case was eventually dropped because of lack of evidence. However, prosecutors accused the Kenyan government of intimidating potential witnesses. Kenyatta’s deputy, William Ruto, is still awaiting trial at The Hague.

And concern has been expressed, including by human rights advocates, about the treatment of journalists in Ethiopia.

Criticisms of Obama’s decision to visit Kenya and Ethiopia “smack a bit of hypocrisy and double standards,” said Pham.

“No one criticizes the President for engaging with China, Russia, even with Iran. … African countries are somehow held up to a different standard,” he said.

“Presidential trips aren’t about patting people on the head; they are about engaging. That includes engaging on political and security issues, on economic issues, and certainly on governance issues as well,” he added.

Q: What is the significance of the choice of Kenya and Ethiopia for President Obama’s trip to Africa?

Pham: With Kenya, there is the extraordinary personal connection that the President has to that country. It is the country of birth of his father and he has visited it three times in the past—as a young man, then with his then fiancée and now the First Lady, and then as a Senator. It’s a country in which he still has a step grandmother, an uncle, and numerous half siblings and other relatives.

Beyond that personal tie to Kenya, this is arguably the most strategic itinerary of the President’s four trips to sub-Saharan Africa. The first trip was a brief less than 24-hour stop in Ghana in 2009 during which he delivered a very important speech. The second trip was in 2013 and took him to Senegal, South Africa, and Tanzania, three countries that are doing relatively well and are democracies, but two of which, Senegal and Tanzania, are not necessarily strategic from the geopolitical point of view. Then there was the trip to South Africa for the funeral of Nelson Mandela.

In the case of this trip, you have two very strategic reasons.

First, Kenya is hosting, together with the United States, the Global Entrepreneurship Summit. This is the first time this meeting has ever occurred in sub-Saharan Africa. It will highlight a key theme of the Obama administration’s Africa engagement, which is the tremendous business and economic opportunities on the continent.

More than that, Kenya itself is one of the driving forces within the East African Community, one of the regional organizations in Africa that is the fastest integrating and whose members are trying to build a common market of large enough scale to attract significant direct investment and trade. One sees proof of the validity of that intuition in the number of global companies that have set up shop in Kenya.

Then there is the security angle. Kenya is on the frontlines facing Somalia and the threat of al-Shabaab there. It has been victimized on its own soil by terrorist attacks going back some years, including the attack on the US Embassy in Nairobi [in 1998]. More recently, there have been attacks on civilians by al-Shabaab. Kenya plays a key role in AMISOM, the African Union’s Mission in Somalia, and its attempts to restore some semblance of order to that country.

Then you have Ethiopia, Africa’s second-most-populous country, which has one of the fastest growing rates of economic growth in the world: a large potential market, it is poised to become a major power producer in terms of clean, renewable energy through hydropower. Moreover, Ethiopia is a key player in security and stability in Africa, as well as being  an ally of the United States.

Ethiopia is one of America’s oldest diplomatic partners in Africa yet this is only the first time that a sitting US President has visited the country. It is a country with which we have had diplomatic relations for a century. It fought alongside US forces in the Korean War, was an ally in the Cold War during the 1950s and 1960s, and continues to be a strategic partner in Africa.

Of course, Addis Ababa [Ethiopia’s capital] is the seat of the African Union. This will be the first time that an American President addresses the African Union at its headquarters. That is an important platform from which to engage the entire continent.

Q: Human rights activists have criticized President Obama’s decision to visit Ethiopia because of the government’s handling of political dissent. There are similar concerns about the Kenyatta administration in Nairobi. What should the administration be doing to balance its strategic interests in the region with human rights concerns?

Pham: Any foreign policy requires balancing different priorities. US foreign policy in Africa rests on a tripod of broad security, political, strategic interests; economic interests; and American values—democracy, good governance, and human rights. These have to be balanced. I expect the President to engage on all three interests during this trip.

I do think that criticisms of the President’s visit smack a bit of hypocrisy and double standards. No one criticizes the President for engaging with China, Russia, even with Iran. African countries are somehow held up to a different standard.

Diplomacy isn’t about going out on excursions to visit people who are partners with whom you agree on many or even most things. If that were the criterion, American Presidents would spend most of their time gallivanting around Northern Europe. Diplomacy is about engaging countries, including those we have differences with, and promoting US foreign policy interests. That includes engaging on political and security issues, on economic issues, and certainly on governance issues as well.

Q: Last month, the President signed a 10-year extension of AGOA, the country’s main trade authority with Africa. What should the US be doing to ramp up trade with Africa where it faces stiff competition from China?

Pham: Since 2009, China has surpassed the United States as Africa’s largest trading partner, but the trade figures need to be disaggregated. Part of the reason has been that US reliance on Africa for energy imports has plummeted because of the energy revolution here at home. US trade with Africa has, in absolute terms, remained relatively constant, which means it actually has grown overall in recent years except in the energy sector.

Despite the fact that China buys more from Africa in terms of natural resources, it is interesting that the United States, followed by France and the United Kingdom, are Africa’s largest sources of foreign direct investment. China is a very distant fourth.

When you’re investing in a country you are making a bet on its long-term prospects. That means American businesses are actually counting on Africa’s success in the long term rather than simply being interested in buying commodities or locking away the continent’s resources.

Image: US President Barack Obama visited Kenya when he was a Senator in 2006. Here he holds his step-grandmother Sarah Hussein Onyango Obama in his ancestral village Kogelo August 26, 2006. (Reuters/Radu Sigheti)