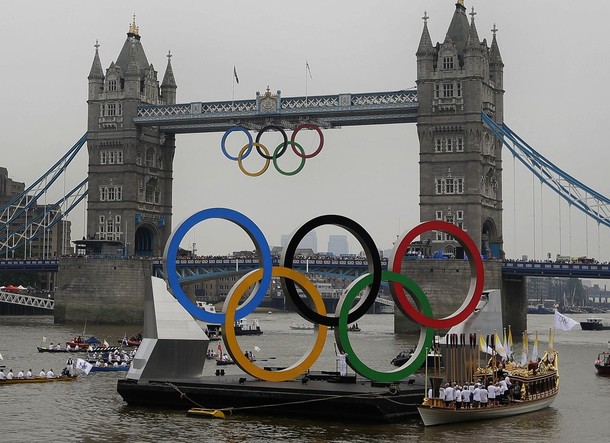 In a sense it was entirely appropriate that London was awarded the Olympics and not Britain. For a long-time now a settlement founded by the Romans between AD 43 and 50 has been a city-state within a state. This old, great city now has a population of over 9 million people, which according to the 2011 national census released last week grew by some 800,000 over the past decade and probably many more. Today, London contains over 20% of the UK’s total population.

London’s economic and corporate stats are simply stunning. London contributes some 17% of Britain’s total GDP, with an economy roughly the size of Sweden, Belgium and Russia. It is home to the European headquarters of 35% of the world’s largest companies, many of them Olympic sponsors. 65% of Fortune’s Global 500 companies base their operation centres in London with more foreign banks represented than any other world city. London is thus the very symbol of globalisation – for good and ill.

Like many Britons my feelings for London are profoundly ambiguous. Naturally, I am proud of what this city has come to represent as a beacon of freedom during war and a world power in its own right. And yet much of its wealth was founded on oppression and its under-regulated banks have done much to tarnish the reputation of London and done much damage to the wider British economy.

And yet this is the paradox of London. The British Government might pretend it will act to tighten regulation over Mammon, but in reality it is Mammon which runs the British Government. London’s financial clout is far too important for a government desperate for tax revenues in a depression. This week it was announced that year-on-year the British economy had shrunk by 0.7% by the end of Q2 2012. Thus, the benighted banks will receive no more than a slapped wrist for their many manipulations, the LIBOR scandal being but the latest and probably by no means the last.

However, it is London’s over-bearing political influence that is perhaps most profound. London long ago subjugated England and turned a green and pleasant land into a sometimes quaint, sometimes fractured hinterland. The little countries on London’s periphery have retreated into the fantasies of faux self-government replete with myth and legend. Indeed, the Scots pretence that they can gain pretend independence if they press the Braveheart button will only reveal further the true power in the land – London. Scotland the Brave will forever be Scotland the Broke without London.

Having vanquished the rest of Britain a new battle is being fought by London and over London. On one side of the front-line stand those who see London as the champion of free-market globalisation. Capitals flows are their weapons of choice, their aim to make London as attractive as possible to as much foreign capital as possible wheresoever its provenance and however ill-gotten a gain. Leading the assault on the City walls is the European Commission at the head of a medieval assembly of European regulation barons. At heart this struggle for London is one between Anglo-Saxon-led free-marketeers and continental statists. It is a struggle that has already seen many continental free market refugees arrive in London like latter-day Huguenots.

The struggle even takes a physical form. The new high-speed rail link through the Channel Tunnel to Paris, Brussels and shortly beyond is a physical manifestation of attempts by continental Europeans to forever tie London’s destiny and that of Britain to their own, which is unlikely to be a happy one. And yet, even though that great old River Thames which has for two millenia defined London flows to the East it rises in the West. In this age of electronic capital it is ultimately the West, South and far East where London sees it destiny. Globalisation will prevail. Yes, European markets matter but the greater the effort by Brussels to tether London the more likely it will break free. At this defining point in ‘Europe’s’ destiny one thing is clear, London is with them but not of them, to paraphrase Churchill’s great dictum about Britain and Europe.

Julian Lindley-French is Eisenhower Professor of Defence Strategy at the Netherlands Defence Academy, Fellow of Respublica in London, Associate Fellow of the Austrian Institute for European and Security Studies and a member of the Strategic Advisory Group of the Atlantic Council. He is also a member of the Academic Advisory Board of the NATO Defence College in Rome. This essay first appeared on his personal blog, Lindley-French’s Blog Blast. Photo Credit: AP Photo