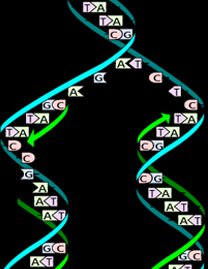 Ramez Naam, author of The Infinite Resource, opened the Strategic Foresight Forum’s Bio-ICT session by pointing to the many opportunities emerging from biotech and ICT. We are much better now at encoding, printing, and editing genomes now than we were even a decade ago. This leads to big opportunities. First, we can apply biotech to food, water, and energy problems. Biotech applied to crops is a big way to do this, through increasing yields, reducing freshwater use, and in second-generation biofuels. Second, we have the opportunity to rewire the human body, in particular with aging. What are the risks? One is that the cost reduction of biotech means that the garage tinkerer can genetically engineer things, which could lead to pathogen engineering, for example.

The RAND Corporation’s Richard Danzig emphasized the national security element of these technologies. Our tolerance for error is low in many arenas, including the security arena. The biotech and ICT revolutions were born at roughly the same time, and now they are coming together in numerous ways. These two things together bring up similar kinds of problems that we see in the computer world, hacking for example. The central question is the catastrophic one: will there be opportunities for malevolent actors to hold the rest of us hostage? DNA is information, and this information can be passed along to such actors, who can create new pathogens to harm us.

Microsoft’s Mike Nelson felt it was important to broaden the question. He believed we should focus on the emerging technologies for keeping people healthy, before they get sick, so we can keep them healthy in the first place. Novel ICT applications collect biometric data for this purpose, which in turn can — and are — shared socially online.

The moderator, Scientific American’s Dina Maron, asked what these technologies will do regarding social inequality. The panelists agreed that handheld devices are enormous enabling devices for health — smart phones, for example. Decentralized systems, they argued, generally lift more boats than centralized ones. The worry that we had about the “digital divide” didn’t really transpire. Look at cell phone use in Africa, for example, and how Africans have become world leaders at innovative uses of these devices.

The panelists also emphasized that some aspects of the inequality question are not so simple. If we look backward, for instance, the automobile was democratized, but no one here would say that we don’t live in an unequal society. Technology, no matter how wonderful, will not address why inequality exists in the first place. Technology is not a panacea for solving society’s ills.

The panel also addressed the risk question. One danger is that we will be reactive to events as they occur, for instance a bioengineered virus scare, and overregulate the domain so much that we eliminate the innovative space. It’s far better to get ahead of the issue so that we don’t run into this reactive dynamic.

The panel also tackled the do-it-yourself (DIY) movement in the biotech space. There is a great deal of innovation from small-scale tinkerers, and we should be concerned about the downsides from malevolent hackers. But biology is very complicated, and one of the panelists’ messages was that it is exceedingly difficult to create lethal bio-weapons. On the other hand, the barriers that have existed, that get in the way to building nightmare biotech weapons, are falling.


The panel agreed that controlling the information that is behind the construction of such weapons is not an answer. Not only will the information leak out if we try to contain it, limiting legitimate work will discourage beneficial innovation. The best strategy is to invest in resiliency and preparedness strategies to anticipate events and respond quickly and effectively to them.

On the privacy question, the panel agreed that it is imperative to ensure cybersecurity (with respect to cloud storage) so that individual biological data is kept private.