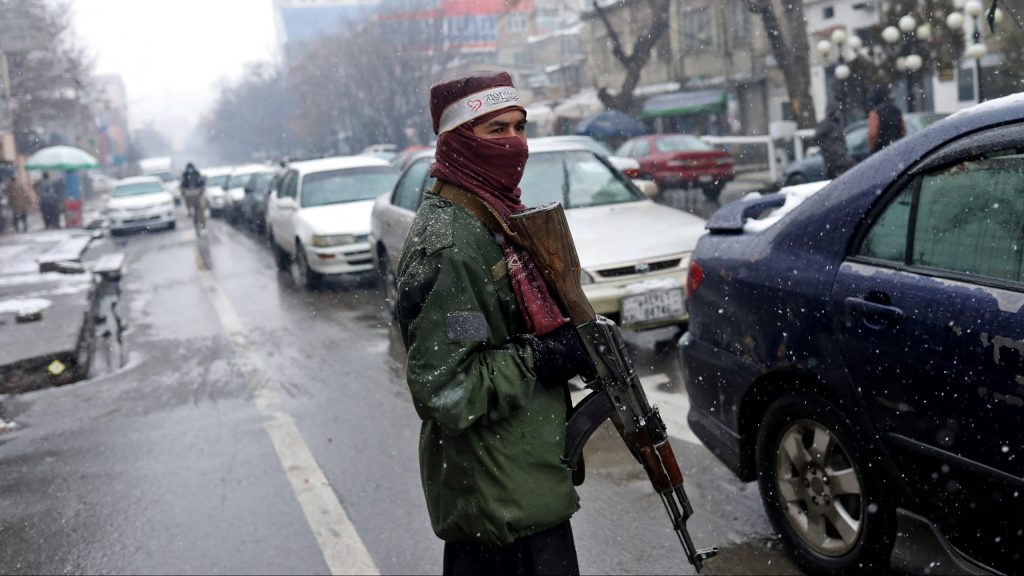 Humanitarian catastrophe. Frozen assets. International recognition of the Taliban. These issues dominate the current discussion about Afghanistan’s future—with a warranted sense of urgency, given that twenty-three million Afghans face starvation this winter. But too singular a focus on these more immediate events risks obscuring talk about Afghanistan’s longer-term trajectory, as well as how to prevent the current crisis from becoming an annual event.

Little is known about what the Afghan state will look like once the Taliban settles in. Taking cues from the Islamic Emirate of the 1990s is risky because, while the Taliban may not have changed, the world around it has. Recent research on Taliban governance is equally questionable, as governing a nation during peacetime differs from controlling rural districts as insurgents.

Pakistan’s trajectory may be a better case study to envision the future contours of a Taliban-led Afghanistan. Beyond the coaching that Pakistan provides the new Taliban regime, three conditions that shaped the Pakistani state are also evident in Afghanistan.

Ardent supporters of Pakistan’s military would argue that its leaders have ensured seven decades of state survival despite being encircled by challengers. But the counterargument is that excessive military influence over politics, bolstered by geopolitical prominence and use of religion, actually stunts Pakistan’s progress.

Geostrategic centrality has equally been called a geostrategic curse, with Pakistan becoming a “rentier state” that survives on hand-outs from superpowers rather than investing in domestic development or institutional reform. The strategic rent from these relationships thus benefits Pakistan’s military but not its population. The military’s use of Islam is subject to similar accusations: Critics claim that it has inflamed extremism rather than ensured security, leading to non-state armed groups effectively controlling parts of Pakistani territory—which then reinforces the national-security obsession and continued military influence over policymaking.

Focusing on these three traits risks painting Pakistan in an overly negative light, but it’s a useful reminder of the dangers of Praetorian states—where zero-sum national security supersedes societal development. When reform is rejected and civilians are sidelined or co-opted as military mouthpieces, the state is less secure, institutionally weak, and struggles to achieve economic prosperity.

Parallels between Taliban-led Afghanistan and Pakistan’s Praetorian model—or at least the conditions that created it—are evident. There is excessive military influence in Afghan politics now that the Taliban is Afghanistan’s de facto army. Taliban officials present themselves as an alternative to corrupt, dysfunctional bureaucrats, while the hardline Haqqani Network operates almost as a state within a state. Its leaders dominate intra-Taliban decision making and leave no questions about their military mindsets: Many still attend everyday meetings armed with assault rifles and flanked by their elite Badri 313 Battalion (which acts as the Haqqani’s own Praetorian Guard).

The Taliban also has a clear history of using its interpretation of Islam to legitimize its tactics and undermine opponents by arguing that its members are the only true Islamic adherents. Afghanistan’s famed geostrategic significance is also at play: Since taking control of the so-called “Heart of Asia,” the Taliban has already exhibited rentier behavior by courting China and Russia, and even seeking future relations with (and financial assistance from) the United States.

Despite these similarities, the Taliban may not end up following a Pakistan-style path. It may tread a much worse one, given its more extreme anti-democratic tendencies relative to Pakistan’s military. But whichever path it choses, all indications are that the Taliban will control Kabul for the foreseeable future. Neither implosion nor a popular uprising appear imminent, and the nascent anti-Taliban resistance is far from a viable alternative at this stage.

This underlines the need for longer-term strategic thinking alongside immediate discussion about international recognition of the Taliban and the potential unfreezing of Afghanistan’s $9.5 billion in assets. Pakistan’s trajectory should be considered as part of this: It is a cautionary tale about funding military-dominated, security-focused states which sacrifice longer-term economic development, political cohesion, and societal transformation for short-term stability.

If the Taliban emulates Pakistan’s Praetorian model, it will further erode all work done to grow a healthy Afghan civil society and develop civilian institutions. It will prevent formation of the national unity that Afghanistan desperately needs. It will ensure that Afghan citizens continue to suffer far beyond the current humanitarian crisis.

Ben Acheson served as a former director of NATO’s Office of the Senior Civilian Representative in Afghanistan and political adviser to the EU Special Representative. His book, Wolves Among Men: The Pashtun Tribes in Afghanistan, will be published in 2022. 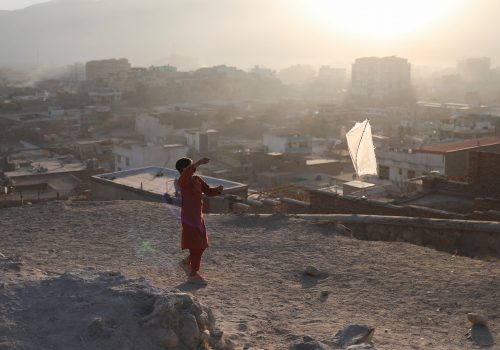 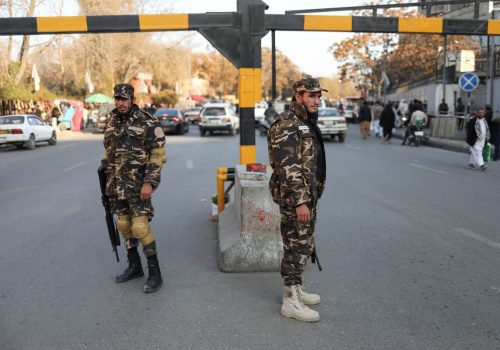 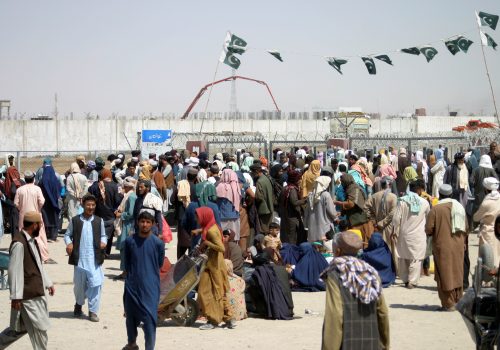 Image: A Taliban fighter stands guard at a checkpoint during a snowfall in Kabul, Afghanistan, January 3, 2022. Photo by Ali Khara/REUTERS