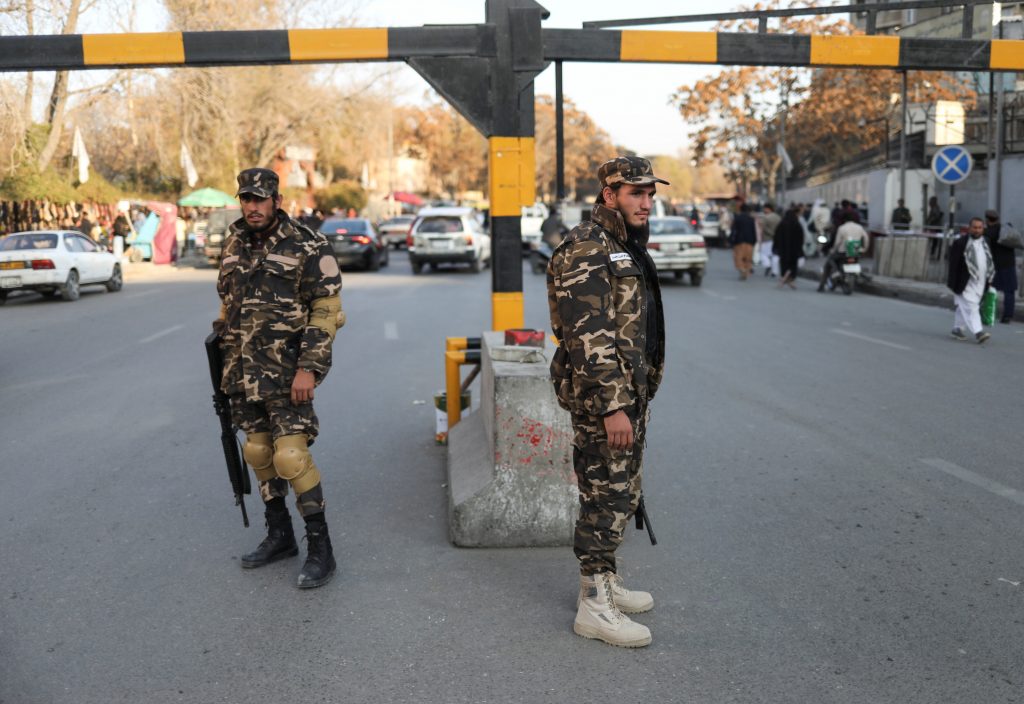 With the Taliban emirate restored, a growing militants’ reorganization is underway, compounded by simmering ethnic tensions, a paralyzed economy, and expanding narcotics production. Amid this, the new rulers have instituted a so-called “Taliban First” policy, in which they claim the war spoils with a vengeance, use repression as a compliance tool, and quash all representative values at will. With no regional consensus on the way forward, the mixed dangers of Afghanistan morphing into another Somalia, breaking into a loose confederacy of statelets like the former Yugoslavia, or becoming the next drug-replete Medellin is not a distant possibility.

The Taliban appear unserious and unmoved about the equally dangerous alternative futures that Afghanistan faces. Taliban rulers are driven primarily by their desire to rule an ideological apartheid state in their own absolute terms. They are shrewdly using the unfolding humanitarian catastrophe as a convenient ransom-seeking bargaining tactic for international engagement, diplomatic recognition, and financial support. But inside Afghanistan, they are continuing their martial exploits to enrich themselves, including from decentralized customs revenues collection, looting, and seizure of personal houses and properties. With personal coffers of Taliban rulers replete with cash, drug smuggling and narco-financing serve as a force multiplier and a mainstay for various Taliban and fringe groups.

Moreover, the Taliban takeover has worsened ever-expanding ethnic tensions among Afghans rather than bridging them. The Taliban, who only trust those who look like them, have violently gone after those seeking to establish oppositions or alternative power centers. A growing number of ethnically fragmented Afghan diaspora community are dangerously campaigning for a divorce from Afghanistan. In essence, this separation effectively implies a softer partition of the country similar to the breakup of Yugoslavia. More worryingly, the fervor for suicidal jihadism pervades the Taliban’s ranks. Disparate Taliban factions still play a silent role with their foreign terror partners like al-Qaeda. Meanwhile, Taliban leaders publicly glorify suicide bombers and martyrdom, for which they need an enemy.

Make no mistake, it is important to maintain constructive pragmatism to deal with the new regime. The challenge, however, is that the Taliban operate with the assumption that no Western leverage (financial or otherwise) is so strong that it becomes permanent. That’s why the recent UN committee’s decision to not allow the Taliban to represent Afghanistan in the world body sends the right message.

Despite the aura of America’s failure in Afghanistan, the United States is in a better position to deal with the Taliban. But as it defines the new Afghan chapter and its mission space, any interim Taliban engagement should be tactical in nature, pursued in two separate tracks: A civilian-led urgent humanitarian response and an intelligence-led effort for counterterrorism and political relations.

Because the American exit has also prompted a new chapter for militant groups, there is a clear danger of disenchanted hardline Taliban elements reorganizing, negotiating new partnerships, and transactionally floating between groups like ISIS-K and al-Qaeda for financial and ideological reasons. Hence, not only should Washington publicly clarify its rules of engagement, but it should also make frequent use of its sanction tools, avoiding an overreliance on non-kinetic approaches and unenforced red lines. If placing a US counterterrorism team inside Afghanistan is not achievable, it should negotiate to place a terrorism monitoring team on the ground. Meanwhile, Washington must avoid temptations to outsource or subcontract its counterterrorism efforts to Pakistan. Doing so would only create another crippling dependency on Afghanistan’s contiguous neighbor.

For now, the Taliban seems to need time to recalculate and “creatively” readjust their approach. This winter, they would boost their “Taliban First” efforts to bring changes in internal structures in order to purify and solidify control over their ranks. Efforts to leash renegade elements would also increase to manage the frenzy among the ideologically diverse warring factions, some possibly through assassinations. Despite little visibility into the inner workings of the regime’s decision-making process, there appears to be a clever division of responsibility among select Taliban leaders with important decisions made through a secret shura.

Similarly, regional countries also need time to reassess their positions and to realign their respective partnerships. Because the Taliban cannot run a non-ideological state, the region would likely engage in a broader effort to pressure Taliban rulers into adopting a pragmatic “hybrid ideology” instead of pursuing a singular identity that does not fit every Afghan.

While no country enjoys the same cozy relationship with the Taliban regime as Pakistan and Qatar do, most regional countries appear widely uncomfortable with Pakistan’s self-assumed leading role in Afghanistan. While the Taliban rulers are likely to adopt a diversified approach in their foreign relations, more Taliban “pragmatist” leaders would begin to view Qatar as a big brother. With Doha now representing American interests in Afghanistan, more regional countries would instrumentalize their own ties with Doha. For instance, despite Turkey’s close ties with Pakistan, there is a growing Turkey-Qatar understanding about inclusivity and commercial engagements in Afghanistan.

For Iran, the Taliban problem is a complex issue—Tehran does not trust them, nor can it afford to ignore them. With the Afghanistan portfolio now managed by IRGC, Iran increasingly sees the indirect Taliban threat as a function of Tehran’s relationship with Washington. In other words, while Iran would closely coordinate with Qatar besides directly engaging with the Taliban, Tehran’s policy vis-à-vis the Taliban would ultimately depend on how the Taliban’s own relationship with Washington evolves.

For its part, India, which has a weaker hand, would be best placed to leverage its strong relationship with Qatar, as well as the UAE, and align with Washington’s position to protect its broader interests. Such realignments away from Pakistan would surely trigger another layer of regional competition, including between Qatar and Pakistan, which effectively considers Afghanistan as an extended Pakistan.

For now, beyond the “Taliban First” policy, progress with the Taliban regime should be measured in inches, not miles. There will be growing calls to delist their leaders from the sanctions list and to release Bashir Noorzai, the Taliban-allied drug kingpin, from US custody in return for the American hostage, Mark Frerichs.

However, in this “Road to Damascus” moment, the United States should not unilaterally concede—including on the frozen Afghan reserves—which the Taliban see as war spoils. While some funds would eventually be released, the region should push the businessmen Taliban, especially the Haqqani enterprise, to dig into their own criminal fortunes to support their administration.

Javid Ahmad is a senior fellow with the Atlantic Council and was Afghanistan’s ambassador to the UAE, 2020-2021.

Ambassador Omar Samad speaks with four Afghans, two of whom are still in Afghanistan, to discuss events leading to the fall of Kabul, the transition that is underway, and how each speaker is coping with new realities as Afghans facing grave humanitarian challenges are now in survival mode.