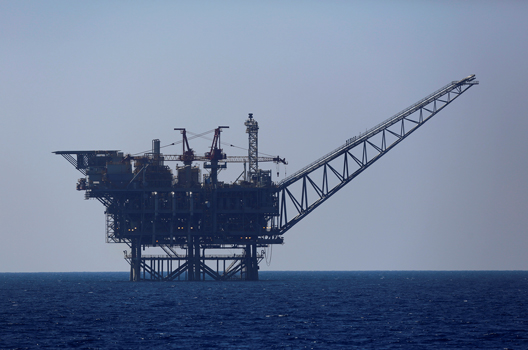 Recent oil and gas developments in the eastern Mediterranean have brought back into the spotlight the issue of an ongoing maritime border dispute between Israel and Lebanon that has created uncertainty among prospective foreign investors over the potential for a new conflagration in an already unstable region.

The disagreement centers on an 854-square kilometer stretch of sea both countries claim as part of their Exclusive Economic Zone (EEZ). Years of international mediation efforts, led by the United States, to resolve the dispute have yet to bear fruit.

These tensions have been revived as Lebanon and Israel move forward with the development of their oil and gas sectors in the eastern Mediterranean.

US petroleum and natural gas giant Noble Energy announced in March it was beginning development of Israel’s offshore Leviathan gas field in an estimated $4 billion project. Lebanon, in turn, has opened five offshore blocks for a licensing round. Portions of three of those blocks lie in the disputed territory, creating wariness among the twenty-three shortlisted international bidders over the risk of investing in a controversial project and concerns in Lebanon that any terms offered for exploration and extraction will be below normal market value.

In response to Lebanon’s move, Israel put forward a Knesset bill that would unilaterally annex the disputed territory. This garnered a strong reaction from Nabih Berri, Lebanon’s speaker of parliament, who described the action as a pretext for a new war. Further complicating matters is Berri’s political ally Hezbollah, the Iranian-backed paramilitary group and internationally designated terrorist organization which Israel fought in a devastating month-long war in 2006 that ended in a stalemate.

Another uncertain dynamic in the Levant Basin is where to build a pipeline network that could bring hydrocarbons to the lucrative European market. Two routes are most routinely cited—and are not without complication.

The first would begin in the international waters of Israel’s EEZ, and continue to Europe via Cyprus, Greece, and Italy. In early April, representatives from the four countries met in Tel Aviv to reiterate their support for what would be the world’s longest underwater pipeline, at an estimated cost of $6.2 billion.

The pipeline would take an estimated six years to complete and traverse over 150 kilometers of ultra-deep water. The anticipated pipeline depth of 1500-2000 meters would increase construction costs dramatically and bring heightened risks of infrastructure damage from the high-pressure levels.

The second proposal is for a pipeline linking Israel to Turkey, requiring navigation through either Cypriot or Lebanese waters.

The diplomatic hurdles commonly associated with this route may actually provide an opening to solve the EEZ dispute, according to Reed Clark, an expert on energy engineering based in Lebanon. Clark advocates for a grand bargain, brokered between Israel and Lebanon, that could pave the way for moving oil and gas to Europe at a fraction of the cost associated with the proposed Israel-Cyprus line.

Amid the rising geopolitical and economic tensions between the two countries, a positive solution to de-escalate the dispute is needed to prevent further conflict in an already highly volatile neighborhood and ensure stability for companies considering investing in the area. Such an outcome would be to the benefit of both Lebanon and Israel, as well as other stakeholders.

One possible solution, championed by Clark, would see an Israel-Turkey pipeline enter Lebanese waters twelve nautical miles west of the southernmost point of the country and constructed at a depth of eighty to one hundred meters. This would decrease water pressure by 95 percent compared to the Israel-Cyprus route and mitigate both engineering risks and costs associated with construction.

In exchange for allowing the establishment of a pipeline in Lebanese territorial waters, the government in Beirut would receive rights to the disputed maritime zone.  Lebanon would also receive without cost, future access to this existing northbound system, thereby eliminating the cost of another pipeline or the ten-billion-dollar cost of a LNG plant.

In addition to cost savings, security concerns could further entice Israel to end the dispute with Lebanon for a mediated understanding on oil and gas. An Israel-Turkey pipeline passing through Lebanese waters would be less susceptible to dangers from water pressure at ultra-deep water depths, where natural damage or sabotage could result in economic and environmental catastrophe.

A route hugging Lebanon’s coast would also be easier to monitor via coastal surveillance equipment already in place than a route through the middle of the sea. Each country would monitor their sections of the line against sabotage with an international mediator, likely the United Nations (UN) and the UN Interim Force in Lebanon peacekeeping forces in South Lebanon, acting as security guarantor.

Lebanon, by agreeing to the proposal, would gain the disputed EEZ territory it has long sought and reap the substantial economic benefits that accompany détente, including higher bid prices from oil companies for the recently tendered blocks and additional royalty revenues in the years to come. Additionally, Lebanon could reduce its massive reliance on energy imports and accrue pipeline transit fees over the long term.

However, such a plan would require impartial mediation by the United States, which has actively attempted to broker a deal in the past. It would also require responsible, if politically difficult, compromises from political leaders in a region where conflicts are often viewed as zero-sum games.

Challenges aside, the estimated economic benefits in the billions of dollars for oil companies and extra revenue generated for Turkey, Israel, and Lebanon provide substantial incentives to reach an agreement that could be a win-win for all parties involved. Such a solution may even discourage future conflict in an otherwise troubled region and is, therefore, an arrangement worth discussing.

Firas Maksad is an adjunct professor at George Washington University’s Elliott School for International Affairs and a Washington, DC-based political consultant on the Middle East. You can follow him on Twitter @FirasMaksad