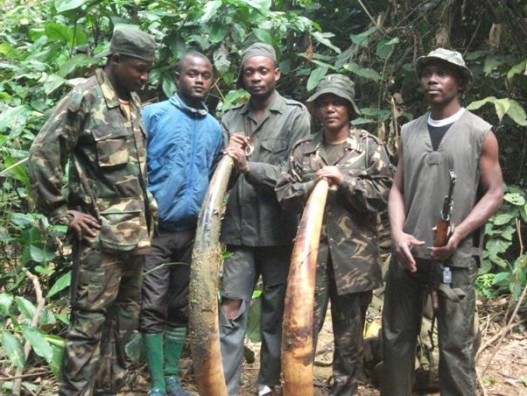 Last week, former rebels loyal to the opposition Mozambican National Resistance (RENAMO) announced that they were abandoning the twenty-one year old peace accord with the government of the southern African country after army troops overran a remote jungle base. The military action followed a spate of attacks on arms depots as well as civilian buses earlier this year. A return to the 1975-1995 civil war could threaten the economic boom which Mozambique has been experiencing in recent years, fueled by coal mining operations as well as the world’s largest natural gas discovery in the past decade. While grievances with the government may have motivated this latest rebellion, it is money from illegal wildlife products that is financing the violence.

But if RENAMO is able to once again mount an insurgency, it won’t be because the movement has much by way of popular support (its support has dwindled with each election since it entered politics and RENAMO leader Afonso Dhlakama barely received one-sixth of the votes cast in the 2009 presidential election) or because it is once again backed by white-minority regimes in neighboring Rhodesia, now Zimbabwe, or South Africa (both countries have transitioned to majority rule). Rather it will be because of the lifeline which it has managed to grasp by poaching, both in Mozambique and in South Africa, whose Kruger National Park sits right on the border. South African officials report that poachers—90 percent of whom they believe to be operating across the border—had killed 536 rhinoceroses during the first half of 2013, making it likely that this year’s toll will exceed the 668 slaughtered last year.

Once sawed off, the ungulates’ horns are trafficked to East Asia—Vietnam and China are, respectively, the largest and second-largest markets—where they fetch upwards of $80,000 per kilogram. Since the average rhino horn weighs about nine kilograms and the loss rate is about 2.5 animals per day in just South Africa, what one looking at is a trade worth $657 million annually—and that is counting just the rhinos poached in one country. While not every kill can be laid at the door of RENAMO, the big jump in poaching the last few years parallels the return to the bush of the hardcore remnant of the group following its most recent electoral trouncing and interviews with both law enforcement officials and conservationists indicate that it also plays a lucrative role as a middle man in cases where the slaughter is carried out by poor local people. (Trading in illegal animal products is nothing new the Mozambican rebels who, during the late 1970s and 1980s, often with the collusion of South Africa’s apartheid-era military and intelligence services, established a rather efficient ivory harvesting operation which generated hundreds of millions of dollars to not only destabilize Southern Africa’s “frontline” states, but also line the pockets of corrupt regime officials in Pretoria.)

In fact, all across Africa, poaching is becoming not only a challenge to conservation efforts, but a veritable threat to peace and security. Armed groups, including some linked to terrorism, have systematically exploited weak governance and porous borders to carry out their grisly trade, increasingly in partnership with organized criminal networks.

Earlier this month, independent researchers who recently concluded an 18-month undercover investigation accused Somalia’s al-Qaeda-affiliated militant group, al-Shabaab, has staked out for itself a role as “a premier broker” in the black market for ivory, enabling it to recruit fighters and pay them handsomely: “Because of the trade, Shabaab fighters are paid about $300 a month, while those in Somalia’s regular army have often earned far less.”

In June, a study the Enough Project and its partners documented that fugitive warlord Joseph Kony and the remaining fighters in his Lord’s Resistance Army (LRA) were increasingly relying on elephant poaching to sustain themselves, trading tusks for weapons, ammunition, food, and other supplies. Defectors from the group who were interviewed for the report recounted how unidentified buyers arrived in helicopters and linked up with it in remote parts of the Democratic Republic of the Congo or the Central African Republic.

In May, the World Wildlife Fund reported that armed men, purportedly from the Séléka group that seized power at the beginning of the year in the Central African Republic, massacred at least twenty-six elephants in the Dzanga Bai World Heritage Site, in the southwestern part of the country.

Previously, the New York Times reported that Sudan’s infamous janjaweed militias, which have been blamed for killing tens of thousands of people in the Darfur region, had become “major poachers” who range across the continent as far west as Cameroon and are thought responsible for the slaughter of thousands of elephants, including at least 300 elephants in Bouba Ndjida National Park in Cameroon in January 2012, one of the worst episodes of the mass slaughter of elephants in recent memory.

Moreover, the poaching is getting increasingly sophisticated as sustained economic growth in China, Vietnam, and other East Asian countries has created a burgeoning class of consumers with the disposable income to fuel demand for ivory trinkets and rhino horn “medicine,” drawing well-organized criminal syndicates into the trade where they partner up with militant groups in Africa, providing them with everything from night-vision goggles to high-powered guns and even the occasional helicopter to carry out the hunt. And, of course, once in the hands of armed fighters, this arsenal can also be turned on human prey.

Recognition of the growing nexus between poaching and conflict in Africa—and the threat which both presents to the international community—is growing. In May, United Nations Secretary-General Ban Ki-moon, noting that “illegal ivory trade may currently constitute an important source of funding for armed groups,” warned that “poaching and its potential linkages to other criminal, even terrorist, activities constitute a grave menace to sustainable peace and security” in Africa and urged governments “to consider the issue of poaching as a major national and sub-regional security concern requiring their concerted and coordinated action.” A month later, President Obama signed an executive order establishing a Presidential Task Force on Wildlife Trafficking charged with developing a national strategy to combat it; subsequently, during his visit to Tanzania, the president announced an additional $10 million in State Department funding for regional and bilateral training and technical assistance in Africa to counter poaching. In September, at the Clinton Global Initiative meeting in New York, former Secretary of State Hillary Rodham Clinton unveiled a $80 million anti-poaching program in partnership with several prominent conservation organizations and the governments of Botswana, Côte d’Ivoire, Gabon, Kenya, Malawi, South Sudan, and Uganda.

Speaking at the United Nations General Assembly last month, Gabonese President Ali Bongo Ondimba noted that: “The magnitude of illicit gains from rhino horn, ivory and other wildlife products, has made organized criminal networks more and more aggressive. Today, many of our wildlife rangers are involved in combat situations similar to that seen by Special Forces in armed conflicts. Illicit wildlife trade is destabilizing entire countries, and is negatively impacting the growth of national economies.” Bongo, whose country has been one of the most pro-active in Africa in not only protecting its wildlife, but assisting neighboring countries in their efforts—including deploying its National Park Rangers (ANPN), which have received training from US Marines in small-unit tactics and riverine operations, to stop a heavily armed gang of poachers from killing one of the largest herds of forest elephants in the Central African Republic earlier this year—stressed the need for “concerted action from the international community as a whole to tackle this issue.”

What is at stake is not only the mega fauna of Africa, but the peace and security of the continent at a moment when, by many indicators, it stands on the cusp of significant economic growth and human development.