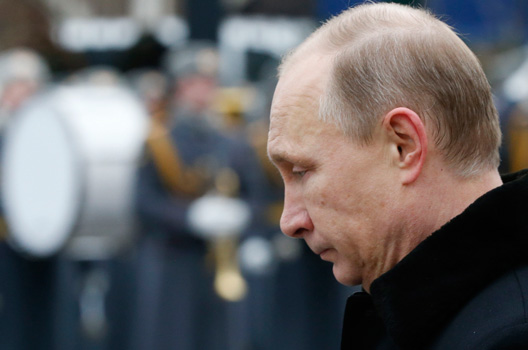 The United States’ sanctions strategy is increasingly burdened by the involvement of systemically important financial institutions and sovereign investors in global financial statecraft. In the post-9/11 world, Washington’s strategy was highly effective in pursuing non-state actors like al-Qaeda or ISIS, as well as small, rogue nations like Iran. Yet in addressing larger sovereigns like the Kremlin, US strategy has struggled to maintain the same effectiveness given the cross-border financial connections linking these entities to Western markets. As an era of great power competition among Washington, Moscow, and Beijing sets in, these foes will crowd out smaller, non-state actors, thus demanding an adequate response from the Treasury.

Even in the West, the fraying of the transatlantic sanctions relationship is likely to produce greater uncertainty among banks. In 2014, Washington fined BNP Paribas nearly $9B for providing correspondent services to Sudanese and Iranian clients. In the moment, the enforcement action was seen as a strong deterrent toward European private actors cooperating with sanctioned entities, but the money laundering scandals of 2018 prove that the gaping holes in the European system are still unplugged more than four years on.

In an era of great power competition, it is increasingly important that relevant authorities recognize the holes in the Anti-Money Laundering and Countering Financing of Terrorism (AML/CFT) framework as not merely law enforcement impediments, but as critical national security threats. During the War on Terror, a push for tighter AML recognized the role illicit financing channels play in nourishing and supporting the growth of international terrorist bodies. Policy at this time sought to limit terrorist actors’ access to funds through the legitimate and illegitimate financial sectors alike. Washington used financial intelligence to gain vital information on the operation of terrorist bodies.

Today, in the case of Russia, the ability to access Western markets is a key characteristic of the political economy of the Kremlin. In many cases, ranging from Deutsche Bank’s mirror trading scandal in 2015 to this year’s enforcement actions involving Danske Bank, it is clear that, in spite of the sanctions levied on the economy, Russia’s top 1% can still move money abroad. The continued access of Russia’s wealthiest to the Western financial system enables the Kremlin to enrich its kleptocratic agents, even if these actors are not directly implicated in Moscow’s aggressive foreign policy.

Until now, what were once regarded as scalpel-like tools, such as the ability of a Section 311 of the Patriot Act to deny a financial institution access to dollar-denominated correspondent accounts, are too blunt to be effective. While Russian banks are still debatably insulated from Western markets to justify harsh actions, there is almost no excuse in Washington’s other major foe in this new era: China. In China, the country’s largest banks, Industrial & Commercial Bank of China, Bank of China, China Construction Bank, and Agricultural Bank of China (“The Big 4”), are the world’s largest in terms of assets. Such harsh enforcement techniques could risk not only a financial crisis in China, but one engulfing the entire globe.

It is clear that the Treasury will need to update its toolkit; however, it may not have to start from scratch. The Treasury could expand upon the playbook it has used in the past. Primarily adopted against Chinese banks, civil asset forfeitures are one potent way to tap foreign correspondent accounts denominated in dollars, without the overreaching effects of a 311 designation. Unlike a 311 designation, civil asset forfeitures enable Washington to directly impose costs on foreign institutions with dollar-denominated accounts that provide access to hostile foreign actors.

The legal authority for these moves is derived from the Patriot Act, which provided the authority to tackle funds stored in offshore accounts. In September 2016, the US pursued this course of action against Dandong Hongxiang Industrial Development Co, which was accused of facilitating dollar-denominated wire transfers on behalf of Korea Kwangson Banking Corp, a North Korean organization currently under sanctions. Three years earlier, US authorities at the Department of Justice targeted Mingzheng International Trading Ltd, which operated as a North Korean front organization, as an intermediary for North Korea’s state-run Foreign Trade Bank.

Civil asset forfeitures are far from the only tool available to Washington’s financial warriors; the Federal Reserve has a surprising amount of AML/CFT coverage. Most recently, in 2018, the Federal Reserve Bank of New York targeted ICBC’s New York branch for serious AML/CFT violations. Among the mandatory changes, including an updated CDD framework and deeper management oversight, ICBC was required to hire a third party agreeable to the Fed to review dollar-clearing transactions between July and the end of December 2017.

In forcing transaction reviews, the Treasury can build on its existing information-sharing programs managed under Sections 314 (a) and 314 (b) of the Patriot Act. As of now, both 314(a) and 314(b) are optional, reducing the quality and quantity of information available to the relevant authorities, except through filings of suspicious activity reports (SARs). 314 (a) is responsible for governing information transfers between the government and the private sector, while 314 (b) governs intra-private sector information sharing.

In this regard, a new Economic Patriot Act should formalize these tools under a unique framework for addressing the threats of rising authoritarianism abroad, covert influence at home, and illicit financial flows between the home country and western markets. While the DOJ has the resources to coordinate civil asset forfeitures and the Federal Reserve has the resources to go after AML flows, it is the unique role of the Treasury and State Departments to contextualize these against the ongoing backdrop of global great power relations. In the absence of such legislation, Washington is knowingly keeping its markets open to the sanctioned populations that it seeks to deter in the first place.

Michael B. Greenwald is a fellow at Harvard Kennedy School’s Belfer Center for Science and International Affairs. He is deputy executive director of the Trilateral Commission, senior adviser to Atlantic Council President and CEO Frederick Kempe, and adjunct professor at Boston University. From 2015-2017, Greenwald served as the US Treasury attaché to Qatar and Kuwait. He previously held counterterrorism and intelligence roles in the US government.

This article was originally published by Harvard Kennedy School’s Belfer Center for Science and International Affairs.