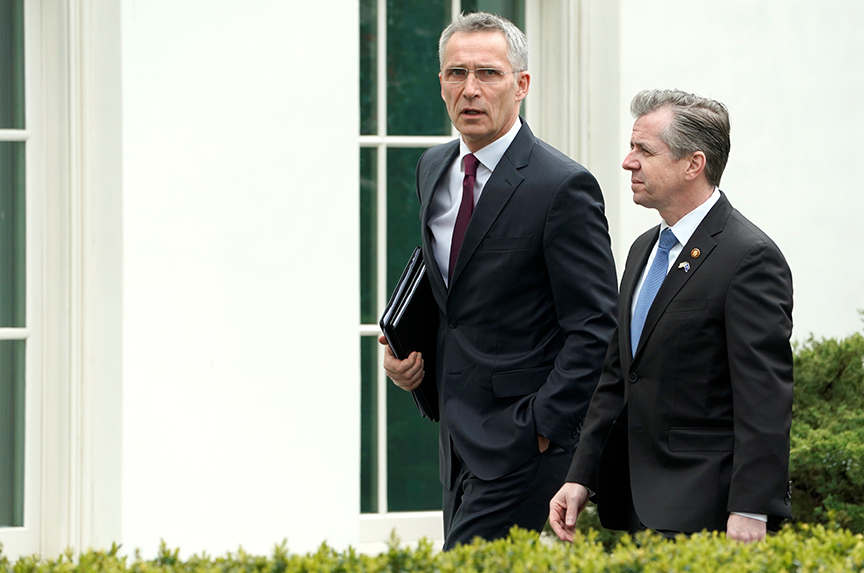 After World War II, Europe sought to rebuild its decimated infrastructure and restore faith in European security. Despite having defeated Nazi Germany, the United States and its European allies were concerned about multiple events that were affecting regional stability across Western Europe (for example, civil war in Greece and a Soviet-sponsored coup in Czechoslovakia). The United States, led by President Harry S. Truman, responded by enhancing its partnerships with Western Europe with the goal of bolstering regional security. As a result, the North Atlantic Treaty Organization (NATO) was created in 1949 with the purpose of “deterring Soviet expansionism, forbidding the revival of nationalist militarism in Europe through a strong [US] presence on the continent, and encouraging European political integration.”

The 70th anniversary of the founding of NATO on April 4 provides the members of the Alliance with the opportunity to reflect on its past and how it should evolve in the future. While NATO implements a multipronged approach to guarantee the freedom and security of its members, one of the most essential components of the Alliance is its nuclear deterrence posture, supported by the United States, the United Kingdom, and France. However, France maintains its nuclear independence by having its nuclear forces outside of NATO’s defense coordination mechanisms, such as the Nuclear Planning Group. These member states pledged to provide a “nuclear umbrella” over the Alliance as a means of deterring threats, in alignment with the North Atlantic Treaty’s Article V call for collective security.

Despite NATO’s insistence that its nuclear deterrence strategy is not directed toward Russia, Russia’s extensive history of provocative actions and circumvention of international security norms has broken the trust of NATO, making Moscow a primary object of the Alliance’s deterrence strategy.

The Kremlin unequivocally interprets the US and NATO’s defense postures in Europe as a direct threat. In response, Russia continues to expend resources on modernizing its nuclear forces, while provoking regional instability and directing bellicose language toward NATO.

The threat Russia poses to NATO’s security cannot be overlooked as Moscow shows no signs of abandoning its strategy to weaken security in Western Europe and drive a wedge in the Alliance.

NATO’s leadership has explicitly iterated the role of nuclear weapons in sustaining the Alliance’s security. In the 2010 Strategic Concept, NATO states a “mix of nuclear and conventional capabilities” is a core element of its deterrence strategy. While member states support nuclear disarmament, NATO will remain a nuclear alliance as long as these weapons exist.

Given today’s emerging threat environment, including the dangers emanating from Russia, it is important for NATO to revive the role of its nuclear deterrence posture through clear messaging and effective confidence-building measures that will strengthen its security in future threat environments.

The Alliance’s Nuclear Planning Group serves as the senior body on nuclear matters and discusses policy issues associated with nuclear forces. Through this body, and NATO leadership in general, member states can take action to increase nuclear integration across the Alliance to involve more members in the nuclear deterrence mission. From the US perspective, nuclear capabilities will continue to form an integral part of NATO’s deterrence and defense posture, including its forward-deployed weapons in Europe.

The United States is identifying ways to increase integration by continuing to partner with European countries to enhance the readiness and survivability of the NATO dual-capable aircraft (DCA) mission. DCA’s forward presence, including the F-35 fighter jet, contributes to deterrence against potential adversaries and assurance of NATO allies.

As stated in the US Department of Defense’s 2018 Nuclear Posture Review, collaborating with NATO partners on improving the DCA mission can increase “their operational effectiveness, and account for adversary nuclear and nonnuclear capabilities.”

Additionally, the United States can leverage knowledge and expertise from its NATO allies in supporting the bloc’s nuclear command, control, and communications (NC3) systems. Expanded NATO NC3 coordination may enable appropriate consultations and effective nuclear operations, improving its survivability, resilience, and flexibility in the most stressful threat environments.

Increasing NATO members’ contribution in multilateral exercises involving both conventional and nuclear operations will also prepare the Alliance for combat readiness to address a variety of potential threats and environments. Further burden-sharing across these fronts, and others, will improve coordination throughout the Alliance to strengthen combined response capabilities.

The United States should partner with its NATO allies to improve the Alliance’s nuclear deterrence capabilities to counter future threats and respond to the rhetoric stemming from Moscow. Russian President Vladimir Putin continues to speak out against the United States’ nuclear policies (for example, 2018 Nuclear Posture Review and the US decision to withdraw from the Intermediate-Range Nuclear Forces Treaty), attempting to limit global support for US nuclear modernization and weaken NATO.

The Alliance must clearly stipulate the role of its nuclear deterrence posture in its security strategy. More direct language from NATO leadership can foster internal discussions on how the Alliance would prefer to address nuclear deterrence and the role of its nuclear capabilities in achieving regional security. Such debate within NATO is critical to prevent imbalances that contrast sharply with potential adversaries and prepare NATO for future crisis management.

NATO’s nuclear deterrence strategy aims to preserve peace, prevent coercion, and deter aggression. It has successfully played this role for the past seventy years. However, NATO lives in a new threat environment requiring the Alliance to bolster the nuclear deterrence element of its defense posture.

While the Alliance would prefer to prevent nuclear war with an adversary, it is important to ensure NATO is capable of supporting a ready, flexible, and survivable nuclear posture.

This article is part of a series on the future of NATO.