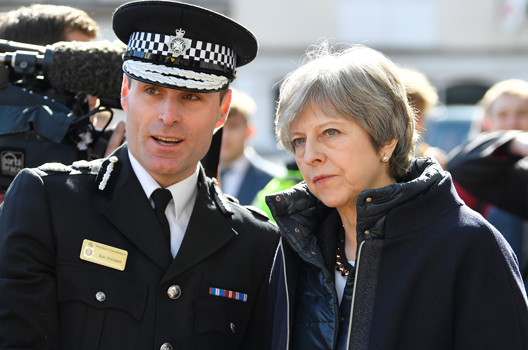 The attempted murder of a former Russian intelligence officer in the United Kingdom (UK) has not only triggered reprisals from London, but more importantly demonstrated how easy it has been to drive wedges into Western politics.

Sergei Skripal, a former Russian double agent, and his daughter Yulia were poisoned with a nerve agent created by Russia on March 4 in Salisbury, a rural corner of Britain. In response to the incident, British Prime Minister Theresa May expelled twenty-three Russian diplomats from London. The Kremlin retaliated by expelling twenty-three British diplomats from Moscow.

As a nation, Russia may be economically, socially, and politically weaker than it appears, but the Kremlin has a knack for finding weaknesses in its adversaries. It has found them aplenty in the UK. As a result, beyond placing the blame at the Kremlin’s doorstep through a series of statements, the UK, United States, and European allies have not committed to any cohesive and coordinated response to the attack.

A designation of guilt remains elusive because there is no judicial certainty that the Russian state tried to kill Skripal, nor is there conclusive evidence that the Kremlin killed the other Russians who have died under mysterious circumstances in the UK over the last few years. However, May delivered a statement claiming Russia’s involvement in the incident is “highly likely.” Yet, as a whole, the UK has aimed to minimize the broader disruption to relations.

This strategy may have not only diplomatic, but economic motivations. The UK has made great efforts to attract capital and people from Russia and other emerging economies, tends to be incurious about the sources of the cash. “It’s become widely acknowledged in recent years that the UK is one of the global centers of money laundering,” Robert Barrington, executive director of the anti-corruption non-governmental organization (NGO) Transparency International’s UK branch, told Quartz, a digital news site.

There are many Russians residing in London actively seeking refuge from Russian President Vladimir Putin’s state or seeking investment opportunities, and this has been profitable for the UK. London has built a substantial industry around new Russian money: lawyers, bankers, schools, “risk consultants,” security companies, hotels, real estate, and many other sectors have done well as a result of Russian investments. “The network of embedded Russian business interests with direct connections to the city of London’s markets will make it difficult for the UK government to deliver effective financial sanctions against the Kremlin or associates of President Vladimir Putin,” wrote James Cusick for Open Democracy, a UK-based blog.

British authorities seem unwilling to rock this boat, even as relations with Russia have deteriorated and sanctions have been put in place for Russia’s invasion of Crimea in 2014.

However, there’s little doubt that London’s attraction as a financial center has been boosted by its attitude of casual nonchalance about wealthy individuals from out of town with hazy stories of self-enrichment, from Russia or elsewhere. This has been a source of tension with its allies, and domestically. The Skripal case “should be a reason for Britain to examine its open stance towards Russian capital of dubious origin,” said Norbert Röttgen, chairman of Germany’s parliamentary foreign affairs committee.

Once the UK steps out of the European Union (EU), many in its ruling Conservative party hope to double down on the strategy of openness to foreign capital. Many UK proponents of Brexit see the UK’s future as a service hub, an entrepreneurial and open economy trading with all and beholden to none.

Against this backdrop, Skripal’s attack opened up divisive internal arguments about the political direction of the UK. Many in the UK would like to see the government clamp down on the activities of Putin’s wider entourage in London, regardless of what that means for property prices in Mayfair.

British opposition leader, socialist Jeremy Corbyn, has refused to hang the crime explicitly on the Russians due to doubts about the intelligence and security services, and the nature of their evidence, Corbyn’s spokesman said to British media. It was similarly smoky claims, he said, that led Britain and the United States to war with Iraq.

Britain’s European allies, too, showed some early skepticism about Russia’s role in the Skripal case, though they overcame these misgivings to issue a joint statement. However, since it is hardly the most enthusiastic member of the European Union, Britain is unlikely to get much support in Brussels for further action.

The United States, too, wobbled at the outset in its backing for Britain, though former US Secretary of State Rex Tillerson echoed accusations against Russia shortly after May’s statement. However, Washington is consumed with its own psychodrama and Russian questions at the moment. As a result, responses to major events will not be as swift, thought through, or consistent as international partners might like, especially when the responses concern Moscow. “In a new era of global disorder, as the traditional pillars of its foreign policy crumble, Britain is feeling the chill of isolation,” wrote the left-of-center New Statesman magazine.

As a result of inconclusive responses to the attack, the crisis has not been met with the kind of political consensus it demands. As Edward Lucas noted in the Times, “the chemical weapon attack on Britain has succeeded in every respect, highlighting divisions and weaknesses in the West and giving a welcome sizzle of international intrigue to the final days of a lackluster election [in Russia].”

Political cleavages are easy to exploit, as demonstrated by the fallout from Russian intervention in the 2016 US presidential election. The Kremlin does not need to invent politically divisive issues; it just needs to find them.

The real poison in the Western political system may be the rapid ease with which division can be sown and exploited by Russia’s free hand to interfere in democratic nations. As Skripal and his daughter lie in intensive care in England, they may be seen as casualties in a conflict that is fought largely out of sight, and where western solidarity is losing.

Andrew Marshall is vice president of communications at the Atlantic Council. You can follow him on Twitter @Consultifi