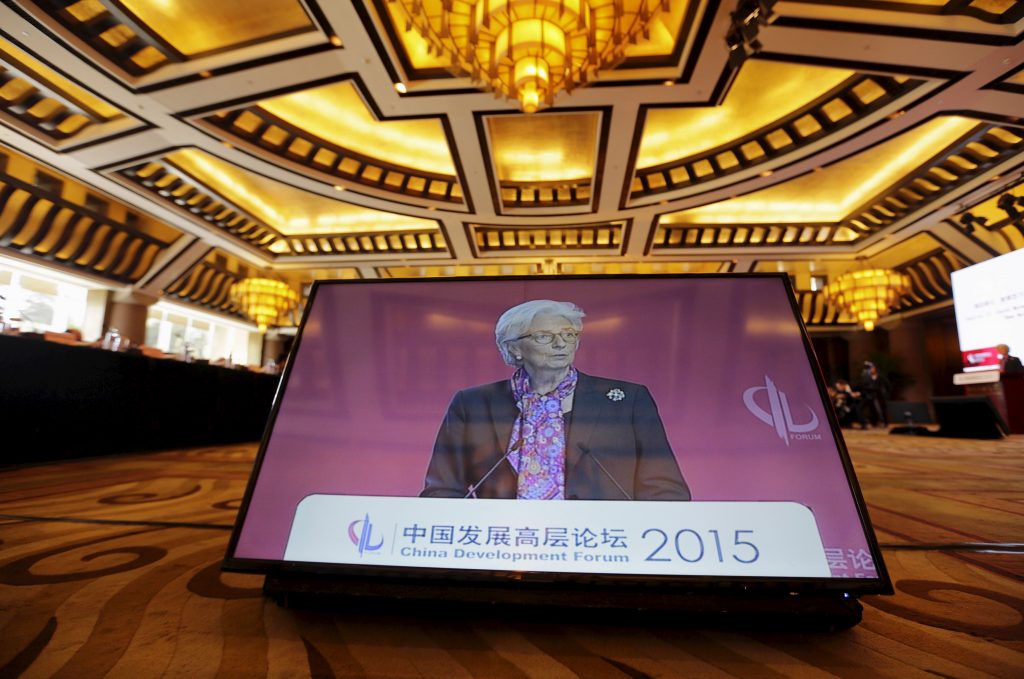 US position on investment bank risks isolating it from its partners

The Obama administration’s mishandling of the emergence of the Asian Infrastructure Investment Bank (AIIB) has meant that the United States now finds itself sitting outside the Chinese-led organization that includes many of Washington’s most significant regional and global partners and promises to be a key driver of regional development.

This unsettling situation is fundamentally the product of a failure to think realistically about long-term US strategy in the Asia-Pacific and act accordingly. As the AIIB develops, the United States must seriously reconsider its long-term regional strategy. It needs to recognize that in order to remain influential and counterbalance China it must participate in regional dynamics or risk ceding influence to a China that does not share its interest in transpacific cooperation or liberal-democratic values.

Since the end of the Second World War, the United States has relied on rules-based frameworks and multilateral institutions to promote its interests and values. Today these organizations are hampered by the fact that they exclude many of the world’s most significant emerging powers from key leadership positions. At the World Bank, for example, China holds a vote weight of 4.91 percent in comparison to the United States’ 16.42 percent. In the Asian Development Bank, the United States and Japan have voting weights of more than 12 percent, while China has 5.25 percent.

Since the International Monetary Fund (IMF) now estimates that the Chinese economy is worth almost $200 billion more than the United States’, China was unlikely to accept the status quo for long and has instead begun to develop its own multilateral institutions. This is harmful to US interests as it puts America’s partners in an awkward position and facilitates divisive discussions on the United States’ regional and global role.  Worryingly, according to the Center for Strategic and International Studies, the AIIB has in the eyes of many stakeholders become a referendum on US influence in the region. Many of the United States’ most significant partners, including Britain, Australia, and even South Korea, have chosen greater ties with China over US interests. Even Taiwan expressed interest in joining the AIIB, though it is unclear how this would work given China’s “One-China policy.”

On paper, the Obama administration has committed itself to reforming status quo multilateral organizations to better include emerging powers. Indeed, the 2015 US National Security Strategy states that the United States is committed to reforming the institutions of the global financial and economic system to make them more “effective and representative.”

In reality, however, congressional dysfunction and a lack of determined strategic leadership has derailed this policy. Congress has refused to pass legislation reforming the IMF. The Obama administration, meanwhile, has publicly declared doubts about the AIIB, criticizing what it perceives to be excessive accommodation of China, and questioning whether such an organization would meet World Bank standards.

The exact nature of the AIIB remains to be seen. Though China will control the highest voting share—somewhere around 36 percent—the organization’s exact financial structure is still unclear. The AIIB may thus prove to be either a blunt instrument of Chinese regional influence or a mutually beneficial economic institution. Regardless, the potential for liberal democracies such as Britain and France to influence the fledgling organization is far from guaranteed. Placing the maintenance of overwhelming control over facilitating greater Chinese participation and cooperation in the institutions of the United States’ liberal order has proven to be a severe miscalculation.

The United States must develop an effective strategy to engage China. Whether this involves reforming existing multilateral institutions or greater Sino-American cooperation in the formation of new ones, the United States must recognize that it cannot preserve the status quo. The United States should thus opt for a limited and controlled cession of power to China designed to facilitate participation and cooperation instead of the uncontrolled and dangerous cession that continued disregard for Chinese interests and ambitions will generate. If the United States does not act now it could be left behind in reinforcing or building new norms the future.

Daniel Pearson is a Spring 2015 intern with the Strategic Foresight Initiative at the Atlantic Council’s Brent Scowcroft Center on International Security.