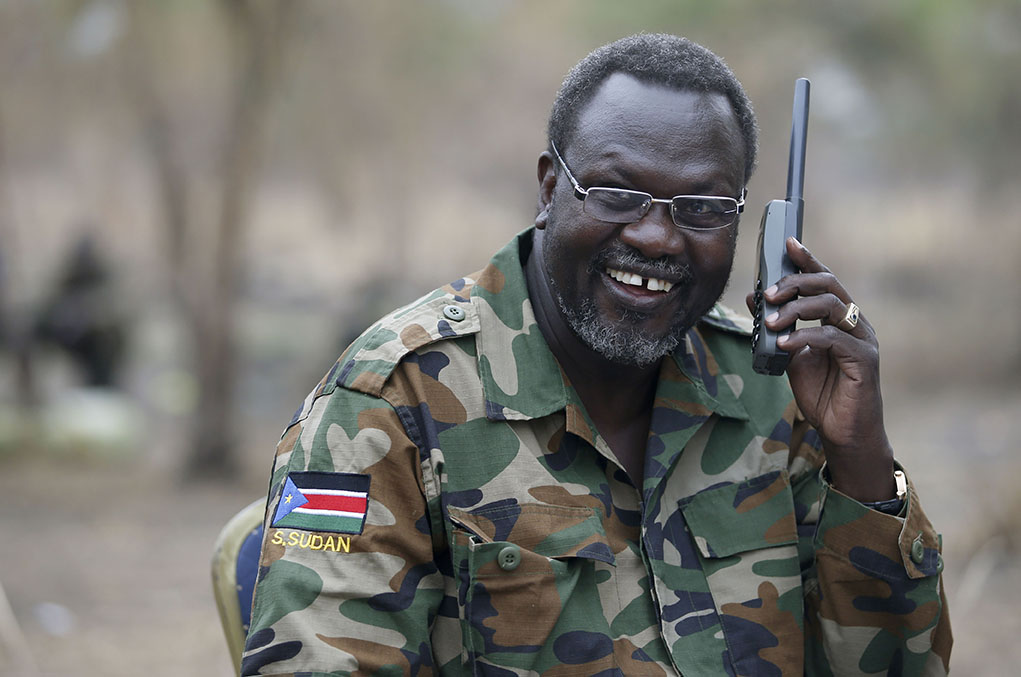 Riek Machar’s failure to return to Juba this week to take up his duties as Vice President of South Sudan has been met with statements of dismay from the international community, but his no-show should come as no surprise, said the Atlantic Council’s J. Peter Pham.

“What is surprising for me is not that the implementation of the peace process has stalled, but that anyone is surprised that it has stalled,” said Pham, who is the Director of the Atlantic Council’s Africa Center. “There is very little good faith on the two sides and certainly very little trust in each other.”

Machar—who is popularly known as “Dr. Riek”—was supposed to return to Juba on April 18 as part of deal with South Sudan’s President, Salva Kiir, aimed at ending a civil war that has killed more than 50,000 people and forced more than two million people from their homes in a span of a little over two years. The United Nations has warned of famine in South Sudan—another consequence of the conflict.

South Sudan gained independence from Sudan in 2011 after more than two decades of war. A new conflict erupted in December of 2013 when Kiir accused Machar, who was at the time his Vice President, of plotting a coup to overthrow him. US officials have said there was no evidence of such a plot, and a team of African Union investigators, led by former Nigerian President Olusegun Obasanjo, also found no such evidence. In August of 2015, Kiir and Machar agreed to end the conflict. Under the peace deal, Kiir reappointed Machar as his Vice President in a transitional unity government.

However, the rebels, led by Machar, have been slow to return to South Sudan’s capital, Juba. This week Machar accused Kiir of blocking his return, and the Kiir government accused Machar of trying to bring with him “an arsenal of arms, inter alia, anti-tanks, laser guided missiles and heavy machine guns.” The rebels are also accusing the government of blocking the return of Machar’s Chief of Staff, Gen. Simon Gatwech Dual.

Given this acrimonious backdrop, what are the prospects of a unity government actually working if Machar were to return to Juba?

“This is a forced marriage that the international community is dragging both men kicking and screaming towards,” said Pham. “The only reason they are allowing themselves to be dragged is exhaustion and to avoid being blamed for blocking the peace process, not that there have been any real consequences, such as sanctions with teeth, for obstruction.”

J. Peter Pham spoke in a phone interview with the New Atlanticist’s Ashish Kumar Sen. Here are excerpts from our interview.

Q: Why has Riek Machar not returned to Juba?

Pham: What is surprising for me is not that the implementation of the peace process has stalled, but that anyone is surprised that it has stalled. There is very little good faith on the two sides and certainly very little trust in each other. Why people in the international community believe that the negotiations are anything more than delay tactics because of a lack of confidence is beyond me.

More specifically, Riek Machar’s sticking point is getting from the government guarantees of security. You have to remember how this civil war started. It started not as a civil war, but as an internal political dispute within the ruling SPLA/M [Sudan People’s Liberation Army/Movement]. It was a political dispute, which the President, Salva Kiir, tried to settle by force by eliminating his opponents. Where he failed was that Riek Machar and several others got away. In the aftermath of that [Kiir] claimed there was a coup attempt of which US officials and others have always said there was no evidence.

[Kiir] started by talking about eliminating his opponents, they got away, and not surprisingly fought for their lives. The people who weren’t so lucky and didn’t get away—as the [African Union’s] Commission of Inquiry has documented—tens of thousands of civilians, were killed by pro-government forces in Juba and their only crime was being a member of the wrong ethnic group. [Kiir belongs to the majority Dinka, while Machar is a Nuer].

In this context, it is not unreasonable that people whom the government tried to eliminate want to be able to protect themselves if they return to Juba. It is not surprising that any delays, whether logistical, bureaucratic or otherwise, are viewed with deep suspicion.

Q: Riek Machar has accused the government of blocking his return to Juba. The South Sudanese government claims that Machar tried to bring an arsenal of arms, including laser-guided missiles, back to Juba with him. Even if Machar were to return to Juba after this acrimonious start, what are the prospects of Kiir and Machar working together in a unity government?

Pham: This is a forced marriage that the international community is dragging both men kicking and screaming towards. The only reason they are allowing themselves to be dragged is exhaustion and to avoid being blamed for blocking the peace process, not that there have been any real consequences, such as sanctions with teeth, for obstruction. There is a fundamental lack of trust.

Q: Does South Sudan have a Plan B?

Pham: Unfortunately, the international community keeps hoping that Plan A, as defective as it is, works. At the end of the day, absent an international political will to sanction those who are bringing this misery upon the people of South Sudan and truly actively engaging rather than outsourcing the peace process to African actors, many of whom don’t have the resources or the political clout to drive this to a proper resolution, this will just be a pattern.

Q: What are the implications of Machar’s absence from Juba?

Pham: Unfortunately, nothing but another flurry of talks and statements.

Q: Is there a danger that his failure to join the government could reignite the civil war?

Pham: Not immediately. Meteorological conditions and the lack of infrastructure in South Sudan make the next few months difficult for war, which is why this was the time that they were at least willing to reposition themselves and implement something. Once the rainy season is over, all bets are off.

Q: Under the terms of the agreement, what amount of soldiers and weapons is Machar allowed to bring to Juba?

Pham: Part of the problem is the ambiguity in the documents. The international community was in such a rush to get some sort of agreement so that it could put this issue aside that the documents are not clear. What is a light weapon to one person is a heavy weapon to another.

Both sides have been arming themselves. It’s not just a matter of what weapons they bring to Juba. A legitimate concern on the part of Riek Machar is what weapons does the government have in Juba? The government is not supposed to have heavy armaments, but there has not been a robust effort to ensure that it doesn’t before the SPLM/IO [the SPLM/in Opposition, Machar’s side] arrives [in Juba]. This leads to mistrust.

Image: Riek Machar’s failure to return to South Sudan’s capital, Juba, to take up his duties as Vice President has raised questions about the durability of a peace agreement he signed with President Salva Kiir. (Reuters/Goran Tomasevic)