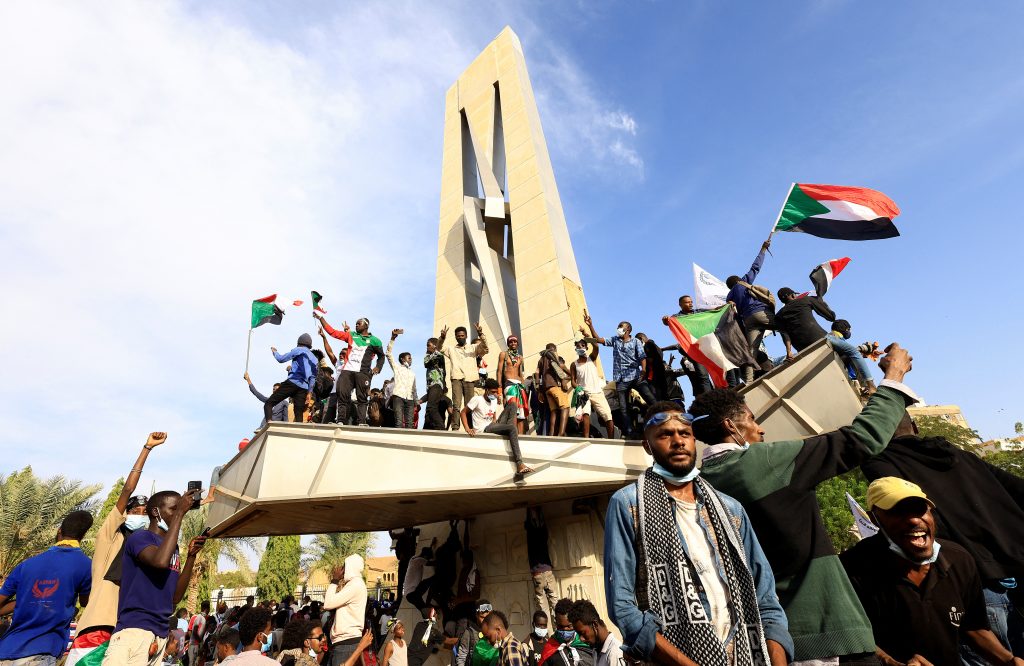 To anyone who has watched Sudan’s civilian leaders attempt to wrest power away from the country’s all-powerful security services over the past two years, the resignation late Sunday of beleaguered Sudanese Prime Minister Abdalla Hamdok should have come as no surprise.

Yet there’s no road map for what comes next.

Since the October 25 military coup that led to Hamdok’s detention, Sudan’s democratic transition has existed in name only. Upon seizing power, the military stacked state and federal institutions with generals and other allies, dismantled civilian committees aimed at seizing the former regime’s assets, reinstated the powers of the domestic intelligence services to arrest and detain, and, most significantly, ratcheted up pressure on pro-democracy protesters. Since the coup more than fifty unarmed protesters have been murdered, dozens have been raped, and hundreds more injured and illegally detained.

With billions of dollars in international assistance suspended and the country’s historic debt-relief process in serious doubt, the military succeeded in undoing two years’ worth of progress in a matter of weeks and shredded an internationally recognized political road map that would have seen civilians gradually assume greater executive authority in the lead-up to national elections in 2023.

Donor governments were quick to welcome the surprise reinstatement of Hamdok in late November, which seemingly resuscitated the political deal into which they’d invested so heavily and allowed the military to keep up the guise that Sudan’s was still a civilian-led transition. But lasting damage to both the transition and Hamdok’s personal standing—thanks to the deal’s seeming absolution of the military’s many crimes—had been done.

In retrospect, Hamdok faced an uphill battle from the outset. With his lack of political acumen and inability to harness and transform the raw power of the streets into a true agenda for bold action, the affable former United Nations bureaucrat became a political prisoner within a system he helped establish—caught between political forces unable to reach consensus on the way forward and a military regime increasingly bent on undermining the democratic process.

Either way, Sudan’s formal transition to democracy is over, even though its revolution lives on in the hearts of millions of peaceful pro-democracy protesters. Washington and its international partners have now lost the final pretense of what allowed them—for too long—to frame their engagement in terms of supporting a “civilian-led transitional government.”

Time to get tough

With no political agreement or civilian leader left to undermine, Washington and its allies should now pursue a more hardline approach toward the military that holds it accountable for the October coup and the deadly response to peaceful protests since then. That should mean sanctions against figures such as Yasser Mohammed Osman, the director of military intelligence; Jamal Abdelmagid, the director of the General Intelligence Service; and Abdarahim Daglo, the deputy commander of the notorious Rapid Support Forces. All played a direct role in orchestrating the deadly crackdown on demonstrators.

Beyond punitive measures, Washington needs to more actively shape an outcome that meets the demands of the Sudanese people, supports US strategic interests in the region, and reflects President Joe Biden’s own purported commitment to democracy and human rights.

First, the Biden administration must announce a nominee to serve as US ambassador to Sudan—a promise made two years ago by then Secretary of State Mike Pompeo but still not fulfilled—and challenge the Senate to fast-track the confirmation process. For too long, Washington has done itself a great disservice by not sending an appropriately senior official to ensure international consensus on the ground and to navigate Sudan’s complicated political environment.

In the meantime, the administration should dispatch Special Envoy for the Horn of Africa Jeffrey Feltman, who has been largely underutilized in the current crisis, to Khartoum with a letter from Biden explaining the logic behind US sanctions and giving the generals a choice: Engage in a credible, transparent, and inclusive political dialogue to select a new prime minister; refrain from any further abuses against peaceful protesters; and return to full implementation of the 2019 Constitutional Declaration—or face a new wave of sanctions targeting regime leaders and their vast network of financial interests and military companies.

But to be credible, this choice must have the backing of Sudan’s other international partners, from Riyadh and Abu Dhabi to Cairo and Ankara.

Lastly, Washington must move beyond tired bromides claiming to “stand with the people of Sudan” and unabashedly throw its weight behind the country’s pro-democracy movement in tangible and meaningful ways that will begin to swing the balance of power more in the protesters’ favor. That involves funneling some of the currently frozen financial assistance to resistance committees and neighborhood committees to help them better organize, communicate, and develop their own political platform—to become a more formal part of the political process.

Ultimately, Sudan’s people will decide what the road ahead looks like. But Washington can give them a fighting chance by seeing this moment of peril for what it is: an opportunity to rebalance its approach, recommit to the fundamental ideals of the revolution, and expose the military for what it has always been—not a partner in politics or a defender of the revolution, but a malign force bent on its own wealth and survival at the expense of the country’s well-being.