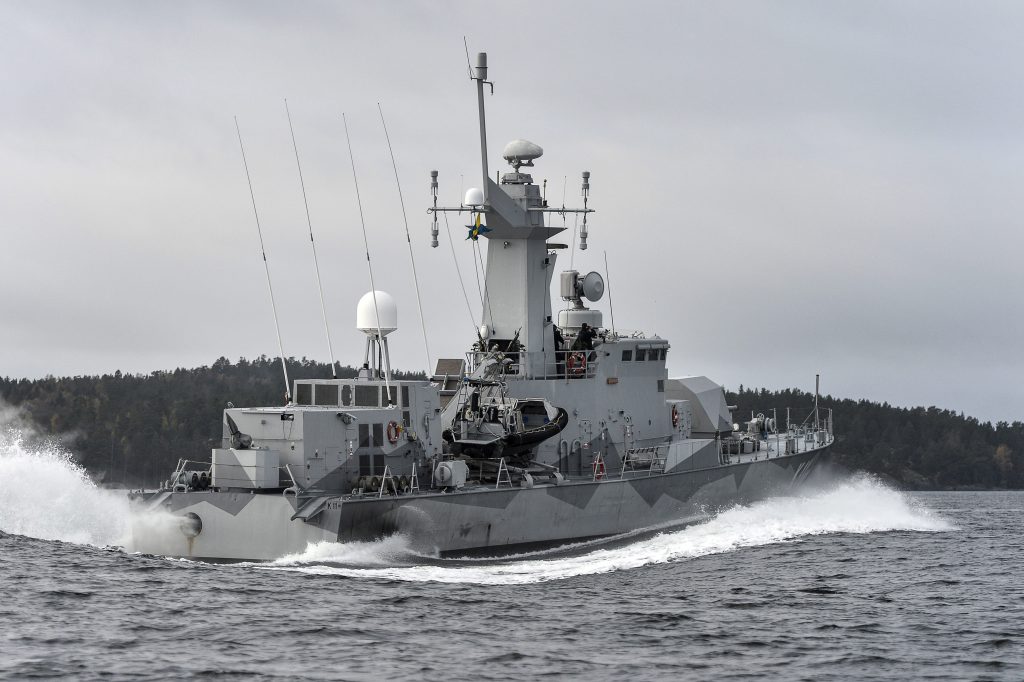 Three Questions with Magnus Nordenman: NATO, Russia, Sweden, and Security in the Baltic

As Sweden called off its week-long search today for a suspected foreign submarine in its territorial waters, the Atlantic Council’s Magnus Nordenman discussed the implications of the incident, in which public discussion suggested a Russian military intrusion. The incident comes amid recent confrontations in the Baltic Sea between Russian ships or aircraft and those of NATO member states and of Sweden (which is not a NATO member). On October 21, fighter jets from Denmark and Sweden intercepted what NATO said was a Russian surveillance plane near their territories over the Baltic—and then Portuguese F16s involved in the protection of Estonia escorted the Russian plane out of Estonian airspace. Russia has denied that it has had any submarine operating in Swedish waters.

Nordenman answered questions about the difficult hunt for the suspected submarine and this event’s implications for regional security.

There are a few theories. There was a naval exercise called Northern Archer earlier last week with Swedish, Danish, Dutch, and Polish units.  One very simple explanation is that the Russians sent the submarine to observe the exercise, record the ships, and to see how they were working together.  This is actually fairly standard; most countries will go out to look at other nations’ exercises. In international waters, you can go wherever you want.  But, what is different here is that the foreign vessel went so far into Swedish territorial waters.

Why could it not be found? Why are these vessels so hard to track and identify?

In general, anti-submarine warfare is difficult under any circumstances and modern submarines are really quiet. You need really sophisticated systems and a lot of practice and training to target and track submarines.

In the Baltic Sea, it’s particularly hard because the water is shallow; the average depth is only 200 feet. In this case, they are hunting in an area that is 60 feet deep.  It also consists of many layers of varying degrees of salinity and temperatures. In combination with the shallow waters, this means that a sonar will not be able to propagate very far to detect and track targets. Submarines can use these conditions to great effect to operate undetected, and escape attempts to find it and attack it.

What are the broader implications for regional security?

This is the first time since the Cold War when you have had a serious incursion like this. In the 1980s, during Soviet times, Sweden ran a number of submarine warfare operations against suspected Soviet submarines. The Swedish navy even used weapons against sub-surface targets. This new incident is a strong indication that Russia is once again militarily active in the Baltic Sea region in a broad and concerted way that it hasn’t been for the last twenty years.

This is also just one point in a larger trend in which Russia is more assertive in the region. Already, there have been a number of air incursions in both Sweden and Finland. The Russians also snatched an Estonian intelligence agent and brought him across the border a few weeks ago.

The long-term implication is that this could very well be the new friction zone between NATO and Russia in a post-Georgia and post-Ukraine European security environment.