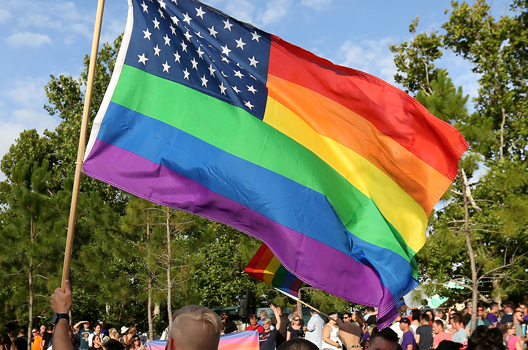 “The real crucial link in the international exchange is the last three feet, which is bridged by personal contact, one person talking to another.” – Edward R. Murrow

US diplomats serving at embassies and consulates abroad are gearing up for June Pride celebrations with local LGBTI communities and their allies at a time of uncertainty about where the promotion LGBTI human rights will fall among US President Donald Trump’s policy priorities.

These measures came about in direct response to the official policy determinations of former US President Barack Obama and former Secretaries of State Hillary Clinton and John Kerry that made LGBTI rights an important piece of US foreign policy. Obama’s 2011 presidential memorandum directed all foreign policy-related agencies to ensure that US diplomacy and foreign assistance promote and protect the human rights of LGBTI persons. Clinton delivered an address to the United Nations (UN) Human Rights Council in December 2011 in which she declared: “Gay rights are human rights, and human rights are gay rights.” In 2015, the first US special envoy for LGBTI rights was appointed.

The international community also witnessed great progress in the fight for equality over the last eight years. In May, Taiwan became the first country in Asia to legalize same-sex marriage. In 2015, Nepal began issuing passports with the option to list a third gender in a win to address discrimination by transgender persons and sexual minorities, and Mozambique revised its penal codes to decriminalize homosexuality. Additionally, last year, the UN Human Rights Council created the UN’s first independent expert on protection against violence and discrimination based on sexual orientation and gender identity.

Despite this remarkable progress, we begin Pride 2017 at an inflection point early in the Trump administration’s tenure, and in a period of uncertainty regarding the United States’ continuing role as an advocate for LGBTI human rights at home and abroad. The Trump administration has not issued a presidential memorandum to commemorate the month-long celebration of LGBTI Pride. Nor can we expect the White House to host a Pride celebration that, during Obama’s time, was an annual celebration for domestic activists, their allies, and the diplomatic community at the White House and the US State Department.  While these early decisions to forgo formal recognition of Pride may signal a departure from the previous administration, during which the US government was a champion of LGBTI communities, the Trump administration’s deliberations on its human rights agenda are only just beginning, and the final outcome remains far from determined.

As Trump appears prepared to recede from the his predecessor’s commitments to defend and champion LGBTI communities around the world, the possible void creates an invaluable opportunity for US diplomats, individually, in small groups, and, where possible, as an entire mission, to come together to celebrate Pride and chart new paths to safeguard LGBTI human rights abroad. US diplomats must push LGBTI rights forward without an explicit mandate from the White House or State Department, but rather as individuals making authentic, personal connections to local government officials, non-governmental organizations (NGOs), and LGBTI communities using the most powerful diplomatic tool in our arsenal to advance progress: our people-to-people relationships, described by renowned World War II correspondent and father of public diplomacy, Edward R. Murrow, as “the last three feet.”

Yet career civil and foreign service officers during Murrow’s time were not openly celebrating Pride with marches and rainbow flags. Fifty years ago, the State Department fired hundreds of career civil and foreign service officers for their sexual orientation, driving many employees to leave their careers in diplomacy. Despite the State Department’s history of discrimination, the institution now recognizes its diplomats are more effective representatives of US interests when we live fully and represent the broad diversity of our free society.

US diplomats should rely on the power of their country’s values of diversity, inclusion, and tolerance. Our great, yet relative freedoms of expression, speech, and assembly enshrined in the US Constitution must be central to our Pride celebrations and our people-to-people diplomatic approach. Sharing our personal histories and lived experiences as LGBTI Americans and out and proud members of the US diplomatic corps must also be at the heart of our messaging to LGBTI communities around the world to demonstrate our personal and unwavering commitment to protecting LGBTI rights in this current moment of uncertainty about the future advancement of LGBTI rights in the United States and abroad.

May our diplomats go forward this Pride month to engage local LGBTI communities across the globe in the great tradition of Murrow by relying not on the weight and voice of the United States government, but on the power of our own individual freedoms and lived experiences as LGBTI Americans in the “last three feet.”

Erin Clancy is a career foreign service officer and special assistant to the deputy secretary of state. She is currently an Atlantic Council Millennium Fellow. You can follow her on Twitter @eclancy.