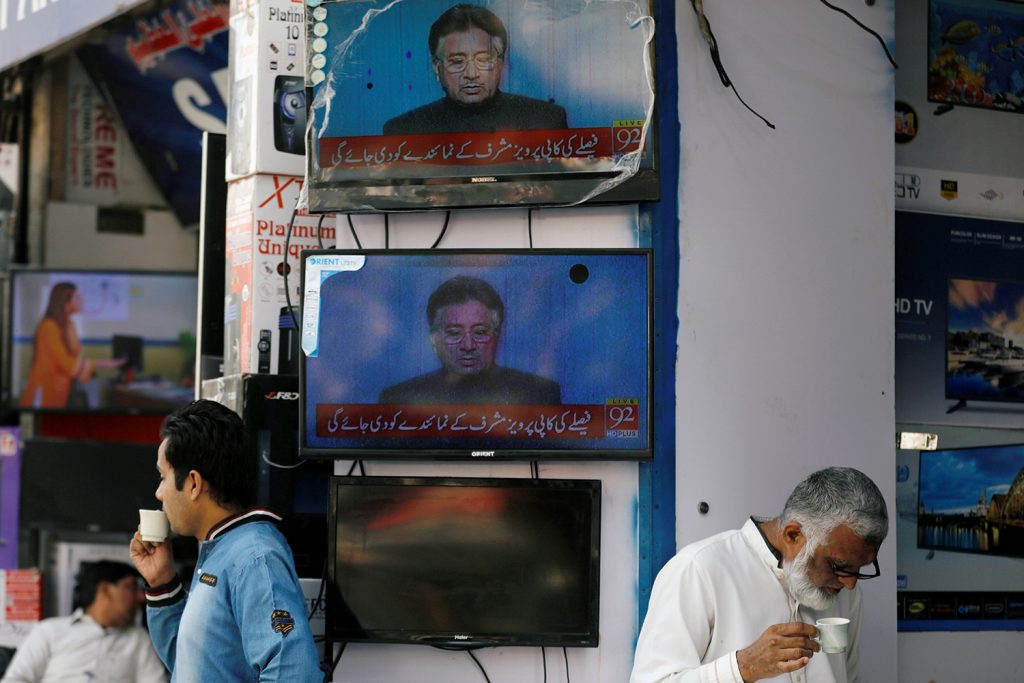 A court in Pakistan has overturned the death sentence handed down to former Pakistani president and military dictator Pervez Musharraf after an unprecedented decision on December 17 convicted Musharraf on high treason charges. The move came weeks after the country’s Supreme Court questioned a government decision to grant the current army chief, General Qamar Javed Bajwa, a three-year extension to his tenure. Although the death sentence was eventually deemed “unconstitutional” by the Lahore High Court, the initial verdict was a historic one in a country that has long been dominated by its armed forces and military rule. While the military has traditionally dominated Pakistani public and political life, the country’s judiciary is forging a new wave of justice.

The entrenched power of the country’s civil-military bureaucracy is key to understanding modern Pakistan. The military remains Pakistan’s most trusted, disciplined, and cohesive institution. The army’s professional competence compared with the corruption, inefficiency, and inability of the civilian government to meet security challenges has led to the dismissal of four democratically elected governments between 1980 and 2000. Faced with their own ineptitude, politicians rely on the military and for years the Pakistani armed forces have avoided charges of corruption and have been widely regarded as the country’s guardian in the face of national security threats. Civil institutions such as the legislature and courts were carefully built under military supervision during Ayub Khan’s decade in power, but the political establishment still demonstrates unwillingness to trust these very institutions, including the judiciary. Today, sitting at the axis of this civil-military structure, Prime Minister Imran Khan has the backing of the country’s military establishment for now.

The treason case against Musharraf was initiated in 2013 by the PML-N government of Nawaz Sharif, whose previous government had been toppled in 1999 in a bloodless coup by the then-Army General Musharraf, who ruled until 2008. Traditionally, democracy in Pakistan has served only as an interruption to military rule. In the few years of partial civilian rule in the country’s seventy-two-year history, experts have termed it only as an illiberal democracy. During Musharraf’s dictatorship, Pakistan saw even greater corruption, restrictions on assembly and speech, constraints on press, and retribution against political opponents. The verdict against Musharraf stems from his 2007 decision to impose a nationwide state of emergency when he faced growing public opposition after sacking the chief justice of the Supreme Court. While the judiciary in Pakistan has a history of being compliant with the military, it is an institution critical to the health of Pakistan’s frail democracy.

Now, the Pakistani courts are striking back. In recent years, Pakistan’s judiciary has played with fire in its standoff with the military, an institution charged with leading the country’s security and foreign policy. Pakistan’s Chief Justice and top judge Mian Saqib Nisar has built a reputation as a highly regarded expert on constitutional law and has gone head-to-head with cases involving governing parties and its officials, including former Prime Minister Nawaz Sharif; and most recently, a case involving the extension of Pakistan’s Army Chief of Staff General Qamar Javed Bajwa. This is not Musharraf’s first face-off with the courts. In 2007, Aitzaz Ahsan, a prominent lawyer, led protests against General Musharraf following the sudden removal of former Chief Justice Iftikhar Muhammad Chaudhry during a trial to determine the legality of the general’s re-election. Ahsan was detained by the police after announcing nationwide strikes and protests condemning the emergency order.

Fatima Salman is an assistant director in the Atlantic Council’s South Asia Center.

By Ben Nimmo and Kanishk Karan

Image: Men have their tea near television screens displaying the news of detailed verdict after Pakistani court sentenced former military ruler Pervez Musharraf to death on charges of high treason and subverting the constitution, at a shop in Karachi, Pakistan December 19, 2019. REUTERS/Akhtar Soomro