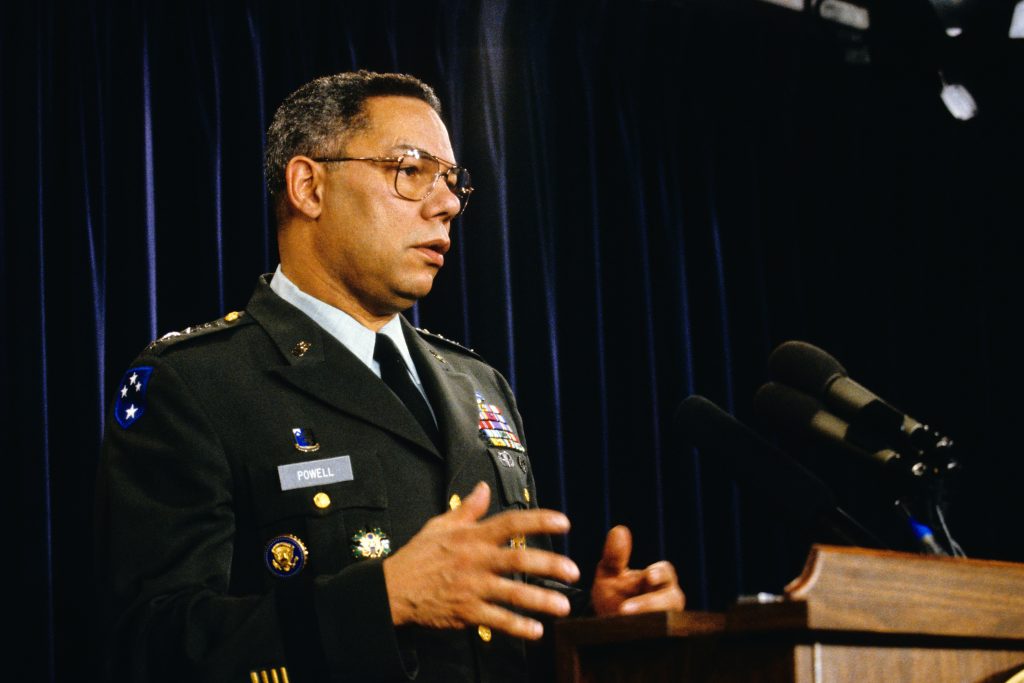 The death of Colin Powell offers a somber opportunity to reflect on his legacy of public service. Of the many things that Powell may be remembered for, I hope that the Powell Doctrine survives.

In its simplest formulation, the Powell Doctrine is a set of criteria governing the use of force abroad. Eurasia Group President Ian Bremmer, in his book Superpower: Three Choices for America’s Role in the World, summarized the doctrine as eight key questions:

The American people and their elected representatives should ask these questions before the United States commits its military forces to a fight. Together, these precepts are exceptionally restrictive. If leaders cannot answer yes to all, then they should not use force; rather than sending US troops into harm’s way, they should utilize other tools of engagement to achieve the nation’s objectives. Powell’s questions, to put it bluntly, aim to ensure that war is always a last resort.

That might seem obvious, but guidelines of this sort are especially important for the United States of America. By dint of the sheer size and reach of its military, the United States finds itself embroiled in various fights around the world—but sometimes without a clear rationale for why US military personnel are there and what they are trying to accomplish. When you have a big hammer, everything looks like a nail. Powell was among those who tried to restrain the impulse to swing the hammer.

But he wasn’t the first. Following the tragic bombing of the US Marine Corps barracks in Beirut in October 1983, and less than a decade removed from the end of the US war in Vietnam, then-Defense Secretary Caspar Weinberger sought a way to constrain those civilian policymakers who might be tempted to utilize the US military in a haphazard or reflexive way. In remarks at the National Press Club on November 28, 1984, Weinberger set forth a similar set of restrictions, explaining that “they are intended to sound a note of caution—caution that we must observe prior to committing forces to combat overseas. When we ask our military forces to risk their very lives in such situations, a note of caution is not only prudent, it is morally required.”

Powell was Weinberger’s principal military aide at the time, and he shared the secretary’s commitment to bringing discipline and purposefulness to the conduct of US foreign policy—especially when it involved the use of force.

Several years later, Powell was in a position to implement the Weinberger Doctrine’s precepts as the chairman of the Joint Chiefs of Staff during the first Gulf War in 1990 and 1991—a war that observers then and since have characterized as quintessentially in line with Weinberger’s guidance.

Powell placed particular emphasis on the need for the decisive use of force and a clear exit strategy. In a speech at the Vietnam War Memorial not long after the conclusion of the Gulf War, Powell explained: “If in the end war becomes necessary, as it clearly did in Operation Desert Storm, you must do it right. You’ve got to be decisive. You’ve got to go in massively. You’ve got to be wise and fight in a way that keeps casualties to a minimum. And you’ve got to go in to win.”

In a subsequent article in Foreign Affairs, Powell elaborated. “Decisive means and results are always to be preferred, even if they are not always possible.”

“We should always be skeptical when so-called experts suggest that all a particular crisis calls for is a little surgical bombing or a limited attack. When the ‘surgery’ is over and the desired result is not obtained, a new set of experts then comes forward with talk of just a little escalation—more bombs, more men and women, more force. History has not been kind to this approach to war-making. In fact this approach has been tragic—both for the men and women who are called upon to implement it and for the nation.”

There were critics. Some questioned whether it was appropriate for the serving chairman of the Joint Chiefs of Staff to weigh in on what were ultimately decisions for civilian leaders. Others disputed the claim that the use of overwhelming force was an appropriate guide for US military missions, given that many of those missions did not engage vital US national interests and the use of overwhelming force would therefore be disproportionate to the stakes. The Powell Doctrine, they warned, would make it far more difficult to fight “small wars.”

For Powell, that was the whole point. In a famous exchange, he explained that “American GIs were not toy soldiers to be moved around on some sort of global game board.”

In later years, the whole notion that US foreign policy should be guided by precepts limiting the number, scope, and character of US military interventions came under scrutiny. Those who believed that the United States should be using its military more often chafed at the efforts by Powell and others to make it more difficult to do so. They argued that US foreign policy should aim not merely to secure US national interests but also to change the world. According to this perspective, prevalent within the broader US foreign-policy community, the only limiting factor on Americans’ capacity for doing great things was the imagination of their leaders.

In the end, however, Powell understood that the nation’s grand ambitions needed to be tempered by reality. In that sense, he followed in the footsteps of a number of other great strategic thinkers from the twentieth century—from Walter Lippmann and Reinhold Niebuhr to George Kennan and Brent Scowcroft, whom Powell worked with on a number of occasions over the course of both men’s illustrious careers.

Colin Powell was a dedicated public servant who deserves to be celebrated. Here’s hoping that the strategists who come after him appreciate not just who he was as a man, but also the Powell Doctrine’s core wisdom: that acknowledging one’s limits and setting priorities is a virtue, not a vice.

Christopher Preble is co-director of the New American Engagement Initiative of the Atlantic Council’s Scowcroft Center for Strategy and Security.

Image: United States Army General Colin L. Powell, Chairman, Joint Chiefs of Staff, holds a press briefing on the start of Operation Desert Storm, the military exercise to liberate Kuwait from the invading forces of Iraq, at the Pentagon on January 16, 1991. INSTARimages/Cover Images via Reuters.