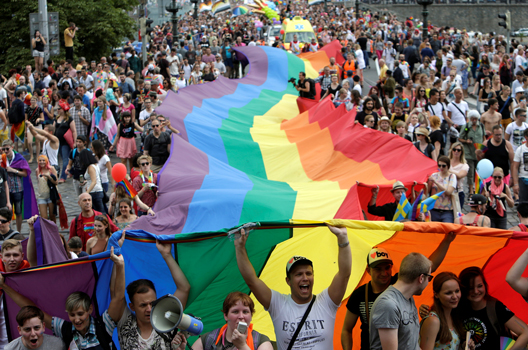 In recent years, the protection and advancement of the human rights of LGBTI people has become a hallmark of US foreign policy.

In 2011, former President Barack Obama issued a presidential memorandum that, among other things, directed government departments and agencies working overseas to “combat discrimination, homophobia, and intolerance on the basis of LGBTI status or conduct.” Since then, there has been an increase in the number of US diplomats participating in pride parades around the world, US embassies proudly hoisting the rainbow flag alongside the Stars and Stripes, and over $7.5 million dollars distributed to US partners and allies around the world to combat discriminatory legislation, protect human rights advocates, and increase our capacity to report on incidents of human rights violations.

I, for one, am tremendously proud of everything the United States has done since LGBTI rights were formally recognized as a foreign policy priority. However, Washington cannot afford to de-prioritize the human rights of the LGBTI community. US efforts to combat discrimination based on sexual orientation and gender identity, in addition to the visibility they bring to widespread LGBTI and foreign policy issues, must continue.

The ongoing crackdowns on gay men in the Chechen Republic, Indonesia, and elsewhere have reminded us all that the protection and advancement of the human rights of LGBTI people is more urgent now than ever. The criminalization of homosexual activity in more than seventy countries is unacceptable. The tacit approval of homophobia by several governments around the world is equally unacceptable and in stark contrast to the espoused values of the United States. The lack of a strong response to discrimination emboldens the organizations and individuals that stand in the way of the very rights and respect the global LGBTI community desires, propagating hate and harassment in the process.

As ambassador, I found that the US government was quick to underscore its values when my actions and words came under fire. It demonstrated loud and clear that the human rights of the LGBTI community are not simply a component of US foreign policy and the broader beliefs of the country, but rather a foreign policy priority sitting at the forefront of US global engagement. I hope the new US administration upholds this strong endorsement of LGBTI rights, because only when the promotion and protection of LGBTI rights is treated as a high priority—propped up by the pillars of diplomacy, multilateral fora, and financial support—will true, sustained change come to fruition.

James “Wally” Brewster is a former US ambassador to the Dominican Republic. You can follow him on Twitter @WallyBrewster.