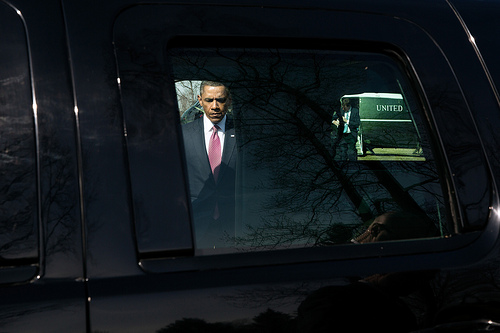 United States’ intelligence agencies and Israel’s Prime Minister Benjamin Netanyahu are still not certain the Syrian government of President Assad has used chemical weapons against its opposition. Nothing has yet emerged from France, Germany or Britain to unequivocally confirm this charge either. But the clamor among the hawkish segment of Washington lawmakers to get the United States involved militarily in Syria gets louder by the day.

After all, why let facts come in the way of another display of American military shock and awe. Senator John McCain told FoxNews:

“I’m worried that the president and the administration will use the caveats as an excuse to not act right away or to not act at all, … the president clearly stated that it [use of chemical weapons] was a red line and that it couldn’t be crossed without the United States taking vigorous action.”

“Obama now has a moral imperative to act … Now that we have confirmed their use what is our plan to transition to a post-Assad Syria? … The world is waiting for American leadership.”

But the world is actually watching American leadership in action. It is just that the kind of leadership the world is now seeing, and will, I believe, continue to see through the second term of the Obama administration is not what the hawkish fringe in Washington D.C is used to: the kind that led the country into the disasters of Iraq and Afghanistan, racked up multiple wars on a credit card, damaged our military, and created more enemies around the world than it made friends.

It is a carefully crafted leadership that seeks to harness Syria’s neighbors and America’s allies in an effort to resolve Syria’s complicated and dangerous civil war. The kind of leadership that recognizes it would be disastrous for the United States to unilaterally invade yet another Muslim country.

It is the kind of leadership that President George H. W. Bush, his Secretary of State James Baker, and National Security Adviser, General Brent Scowcroft displayed by crafting an unlikely coalition to reverse Iraq’s 1991 invasion of Kuwait.

Acting under a United Nations’ imprimatur, Bush, Baker, and Scowcroft put together an alliance the likes of which had rarely been seen before: Arabs, Americans, and Europeans fighting together under an American general to defeat an Arab dictator. That carefully orchestrated war defeated Iraq’s armies in a matter of days. The allies basked in glory and wrote out checks to pay America for its military expenses. Not since World War II had America’s reputation for working with its allies and doing what is right been so clearly on display.

It seems to me President Obama’s declaration that “… for the Syrian government to utilize chemical weapons on its people crosses a line that will change my calculus and how the United States approaches these issues,” is not that different from the statement made by the first President Bush in 1991. “This will not stand,” he declared, drawing a line in the sand. But Mr. Bush and his national security team did not rush off half-cocked. They bid their time and got that war right.

President Obama has been calibrating his response just as carefully as did the first President Bush. Non-lethal aid is being provided in consultation with Syria’s neighbors. U.S. intelligence agents are being used to sort out friends from foes among the combustible mix of opposition forces. As the first unconfirmed reports of the use of chemical weapons seeped out of Syria last week, the Obama administration began to deploy 200 soldiers from the U.S. 1st Armored Division’s Headquarters to Jordan. Speaking on FoxNews Secretary of Defense Hagel explained,

“Sending a cohesive headquarters unit will enhance the troops’ ability to respond to any security needs, and will provide leadership personnel that could command additional forces if it’s determined they are needed in the future.”

It is worth recalling that in spite of the fact that the United States has been the world’s sole superpower for the last 50 years, the only time in that half century that American shock-and-awe prevailed over an enemy was during the first Gulf war. In no other conflict, over the long arc that links Vietnam to Afghanistan, has the United States been able to conclude a war on its terms. And that war was won by the Bush (senior)-Baker-Scowcroft brand of shock-and awe.

Sensibly the Obama national security team is reverting back to this winning strategy. Our highly trained, skillful, and courageous men and women in the military deserve no less. The American taxpayer deserves no less. And the world deserves no less from America.