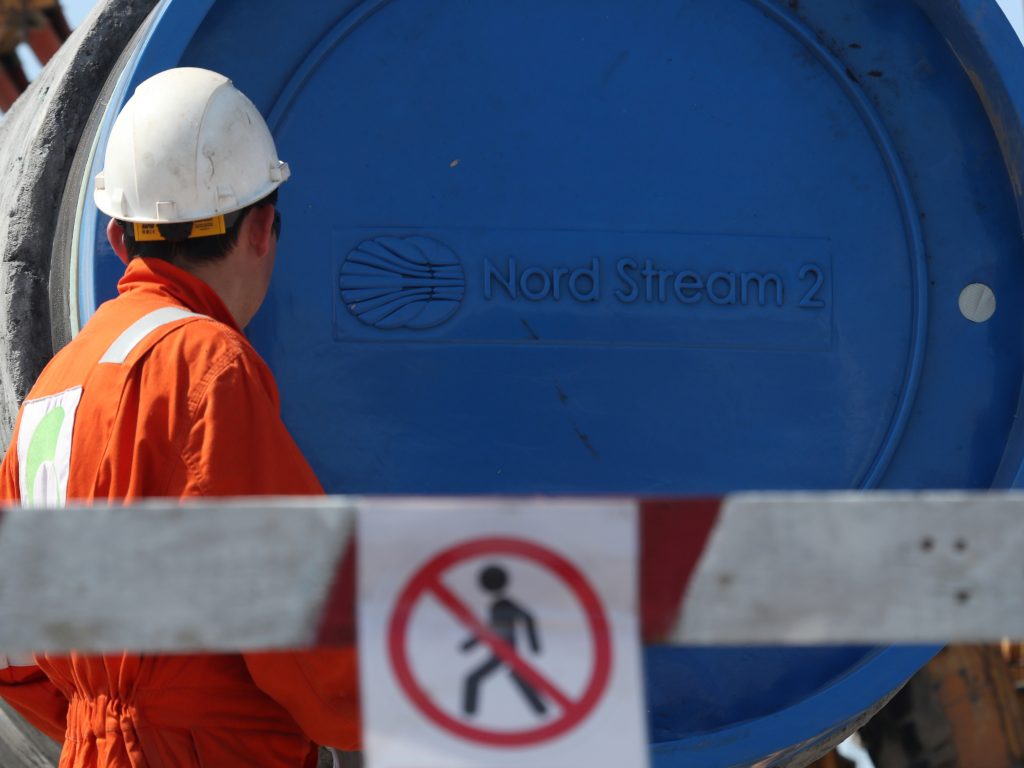 The Russo-German Nord Stream gas pipeline projects—Nord Stream I, completed in 2011, and Nord Stream II scheduled to be completed around the end of 2019—are bad projects because they increase European dependence on Russian gas in general, and especially because they give the regime of Russian President Vladimir Putin the option of delivering gas to Germany while bypassing other European countries. Putin’s Russia has a track record of using gas exports as political pressure, for example, against Ukraine in the years leading up to Putin’s attack on that country in 2014 and has threatened to do the same to Central European countries, including those in the European Union. Given this, and their long experience on the receiving end of Kremlin ambitions, the Ukrainians, Poles, and Baltic countries are understandably skeptical about energy projects that would extend Putin’s ability to pressure them while simultaneously keeping German gas customers satisfied, which is what Nord Stream gives the Putin regime greater capacity to do.

Despite the divisive nature of the project, the German government, determined to reduce use of coal for environmental and climate change reasons and having decided to simultaneously phase out nuclear energy, is eager (or desperate) to secure additional gas imports. Germany has therefore stuck with the Nord Stream II project, arguing that its and Europe’s gas needs mean that it requires all available sources, including more from Russia, an argument that appears inconsistent with the EU-wide emphasis on diversification of sources. The European energy companies involved in the project—Germany’s Wintershall and Uniper, France’s Engie, Austria’s OMV, Royal Dutch Shell—and Russia’s Gazprom, are moving ahead.

So, as the saying used to go, what is to be done?

There are some options. Happily, starting over ten years ago when Russia suddenly shut off its gas flows to Ukraine, the European Union—with German support—started taking steps that mitigate Russia’s ability to use gas for political leverage. The EU has supported construction of smaller gas pipelines in Central Europe, giving countries there the ability to import gas, including Russian gas, from Germany, thus reducing Kremlin leverage. As one Hungarian energy company executive put it to me as this process was getting started, “We are building gas capillaries so that if Russia steps on a gas artery, we don’t get a heart attack.” That process has advanced so far that Ukraine now imports no gas directly from Russia but uses these so-called “reverse flow” pipelines to obtain gas from EU countries.

Second, the European Commission decided in February to apply to Nord Stream II the EU’s energy regulations, namely the EU’s 2009 Gas Directive, which among other things mandate transparent gas fees, third-party access to the pipeline and demands an unbundling of gas transmission from gas supply and production. The imposition of EU regulation on Nord Stream II so concerned Gazprom that in late-July 2019, it brought suit in the EU Court of Justice against the application of the Gas Directive to Nord Stream II.

Although these mitigating measures do not transform Nord Stream II into a good, strategic idea for Europe, such measures should not to be sneered at. In policy making, second-best is sometimes as good as it gets. These measures—thickening the web of alternative gas infrastructure to weaken Russian gas leverage and bringing Russian gas exports to Europe under the EU regulatory framework as much as possible—could make the downside risks of Nord Stream II less deep and steep.

Still, there are those who still want to terminate Nord Stream II, and they are currently turning to sanctions. The most advanced US legislative initiative, the “Protecting Europe’s Energy Security Act” introduced by Senators Ted Cruz (R-TX) and Jeanne Shaheen (D-NH), was approved by the Senate Foreign Relations Committee on July 31 and could be brought before the full Senate as early as September; it has a companion bill in the House. This bill tries to target the Western companies laying the gas pipeline rather than go after the giant energy companies otherwise involved in the project. The focus on only pipe-laying companies is notable, and the bill contains a sunset provision that appears to provide room for termination of sanctions if Nord Stream were subjected to a regulatory regime and other conditions that limited the project’s potential coercive power. Still, imposition of sanctions against any European energy companies—particularly those companies also working on other projects in partnership with US firms—could have political fallout, damaging the United States’ ability to support LNG terminals and other energy projects in Europe and undermining hitherto strong US-European cooperation on the existing sanctions regime targeting Russian aggression.

Agnia Grigas recently advocated a novel means to go after Nord Stream II: use the 2020 National Defense Authorization Act (NDAA) to prohibit US military facilities in Germany from using Russian-supplied gas. Again, the goal—reduction of dependence on Russian-supplied gas—is laudable. In this case, however, the proposed means seem impractical.

Russian gas flows through the German pipeline system and this will be the case for many years to come, with or without Nord Stream II. Taking large US military facilities off the German gas grid, which would be required by Grigas’s proposal, means forcing them to find alternative energy sources to those of the host nation. What might these be? Coal? Exporting US coal to Germany would be wastefully expensive (as has been discovered due to a curious Congressional earmark requiring just one US base in Germany to use US coal). And use of US or European (e.g., Polish) coal would bring US bases in Germany into the middle of the already-contentious US-European dispute over coal and climate change. A dedicated gas pipe line? What would be the costs and sources, and how would this square with the Trump administration’s general skepticism about deepening the US military presence on most allied territory? Wind and solar? It would be amusing to watch the Trump administration suddenly find virtue in green energy technologies, but that prospect seems distant.

Nord Stream II is and will remain a bad idea. If it cannot be blocked, the best means to deal with its risks is through regulation and mitigating infrastructure. Germany, having dug itself into this project, should step up even more to deal with its potential risks. The United States should work to this end as well, in concert with likeminded European governments and the European Commission. In addition, the United States would be wise to recognize the difference between symbolic opposition and practical measures to deal with problems and it should go for the latter.

Image: A worker stands near a pipe at the construction site of the Nord Stream 2 gas pipeline, near the town of Kingisepp, Leningrad region, Russia, June 5, 2019. (REUTERS/Anton Vaganov)