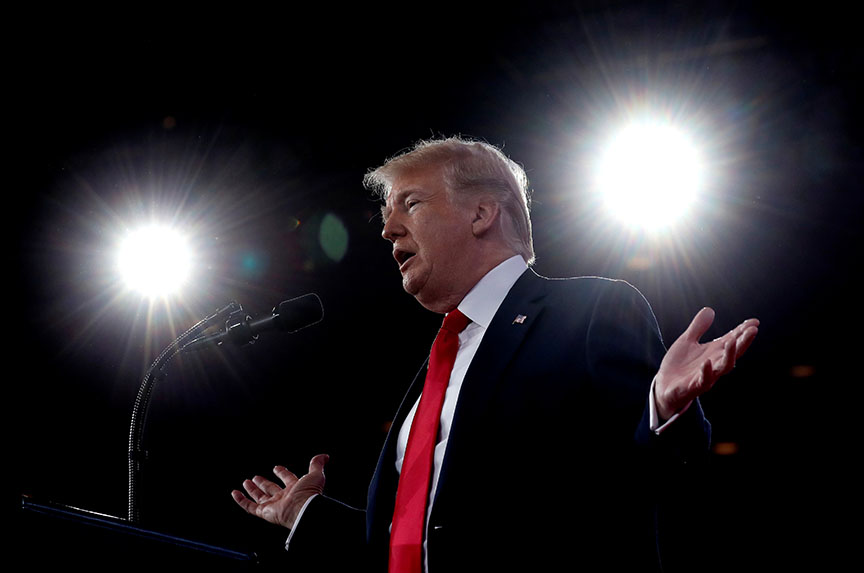 US President Donald J. Trump on February 23 announced that his administration has imposed what he described as the “largest-ever” set of new sanctions on North Korea.

The US Treasury Department later announced measures to cut off sources of revenue and fuel that have helped North Korea advance its nuclear program. Treasury said the action was “the largest North Korea-related sanctions tranche to date, aimed at disrupting North Korean shipping and trading companies and vessels to further isolate the regime and advance the US maximum pressure campaign.”

In December of 2017, the United Nations Security Council imposed sanctions that, among other things, also sought to choke off fuel supplies to North Korea.

Atlantic Council analysts shared their thoughts on the new sanctions. This is what they had to say:

“Today’s action by the Trump administration is a solid, calculated, and intelligent approach to implementing sanctions, and reflects hard work by the Treasury, State, and US Mission to the United Nations. While not a sweeping breakthrough, it is important.

“This action demonstrates a methodical approach to dismantling North Korea’s shipping and procurement networks. The necessary, painstaking work of choking off financial, procurement, and evasion networks is critical to causing sanctions pain, as Iran, al Qaeda, and others can attest. The shipping advisory will damage the North’s shipping apparatus.  As we learned in the case of Iran, the vast majority of insurance money for ships flows through London and New York, and without Western insurance financing, shipping becomes significantly more difficult.

“Today’s action does not appear to have hit Chinese banks, and such steps may have to follow with a carefully targeted approach. But pressure on China’s firms doing questionable business with North Korea can be only part of the answer.

“Today’s action generates significant additional pressure against Kim Jong-un and his regime in an effort to bring to bear broad international pressure on the North Korean regime.

“Kudos to the Trump administration for this well-executed, technocratic action. It’s a great example of the expertise and impact that the professionals and career service can bring to a key national security priority.”

Robert A. Manning (senior fellow in the Atlantic Council’s Scowcroft Center for Strategy and Security):

“The latest round of economic sanctions against North Korea are designed to close many of the numerous loopholes and gray areas cleverly exploited by North Korea to game the sanctions regime.

“By identifying fifty-six ships used for exports and imports to be sanctioned, this will further impede Pyongyang’s ability to export and to gain key oil imports. This action, along with US Treasury sanctioning more financial entities, is increasingly disrupting the North Korean economy.

“Treasury is moving toward cutting all North Korean access to the international financial system This is already causing internal problems in North Korea. We need a certain amount of patience. It may take another six to eight to twelve months for the economic pain to reach a level where Kim Jong-un has to reconsider his nuclear ambitions.”