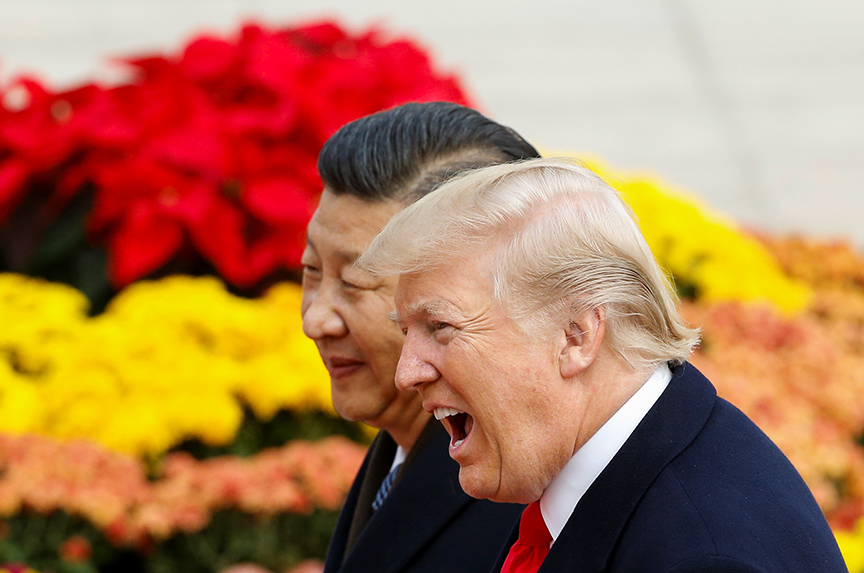 US President Donald J. Trump and Chinese President Xi Jinping are scheduled to have a highly anticipated meeting on the sidelines of the Group of 20 (G20) summit in Buenos Aires later this week.

The meeting will take place against a backdrop of sharp trade acrimony that has been marked by tit-for-tat trade tariffs. The Trump administration, for now, plans to raise existing tariffs on $250 billion worth of Chinese goods from 10 percent to 25 percent on January 1, 2019.  Trump has also threatened to impose tariffs on an additional $267 billion of Chinese goods.

G20 leaders will meet in Argentina on November 30 and December 1.

Robert A. Manning, a resident senior fellow in the Atlantic Council’s Scowcroft Center for Strategy and Security, will be keeping an eye on the Trump-Xi meeting. Here’s what he expects.

The background: This is an important meeting. If you look at the trends over the past couple of months, both sides are paying a price in the tariff wars. [US Vice President Mike] Pence’s speech [in which he accused China of “pursuing a comprehensive and coordinated campaign to undermine support for the president, our agenda, and our nation’s most cherished ideals”] was almost a declaration of a new Cold War. Since then, Defense Secretary James Mattis and Secretary of State Mike Pompeo sought to strike a more positive tone, speaking of the need for more areas of cooperation in the recent  US-China Diplomatic and Security Dialogue with their Chinese counterparts in Washington earlier in November. They were trying to lower the temperature because they probably realize that the world’s two biggest economies, militaries, and trading partners have to figure out a way to deal with each other.

A lot of the problems in trade and investment that we are having with China are a result of Xi not following his own stated policy. At the 19th National Congress of the Communist Party of China [in Beijing in 2017], they pledged that markets should be the “decisive factor” in economic decisions. Xi is not doing that. Instead, he is putting the state at the center and strengthening state-owned enterprises and Communist Party control. This has sparked a backlash and behind-the-scenes debate amongst the elite in China, asking if Xi needs to rethink many of his domestic, foreign, and economic policies.

In country after country we’re seeing Chinese big tech being shut out. New Zealand and Australia were the latest countries to ban Huawei [a Chinese telecommunications giant]. If you are Chinese big tech and you see the world pretty much the way Amazon and Google do you want access to global markets, but you’re being shut out. So a lot of people are wondering if Xi is overplaying his hand.

The best-case outcome of a Trump-Xi meeting: The best case would be a ceasefire and a vague outline of a framework to negotiate. There are three baskets of issues—trade deficits; overcapacity issues with steel and cement; and a whole suite of technology issues. We can get a lot of what we want if Xi reverts to implementing his party’s own stated policy and moves back to real “reform and opening.” Chinese officials have been hinting that Xi will open key sectors of the economy to foreign investment, and take action on the suite of technology issues at the heart of US concerns. For example, they don’t have to stop the Made in China 2025 program as an aspiration, they have to stop massive subsidies and stop banning foreign competition in key technology sectors. I would argue that Chinese companies would be stronger if they had to deal with foreign competition rather than be nurtured by subsidies. I have seen others in China making the argument: “Don’t do it because the United States says so; do it because it will strengthen our economy.”

And the worst-case outcome: The worst case is if Trump insists on more tariffs. The US trade deficit is higher than ever and the reason is the dollar is stronger than it has been in a long time. That is one of the fundamentals determining trade deficits. Trump thinks it is all bad trade deals.

Wild card: North Korea could be an issue that comes up in the Trump-Xi meeting. Notwithstanding all Trump’s rhetoric, his North Korea policy is at a complete impasse. Frankly, I don’t think China can or will do more than it has done to put pressure on North Korea. But I do think Trump will try to use his meeting with Xi to have China do more. That could be a factor in the economic discussions.