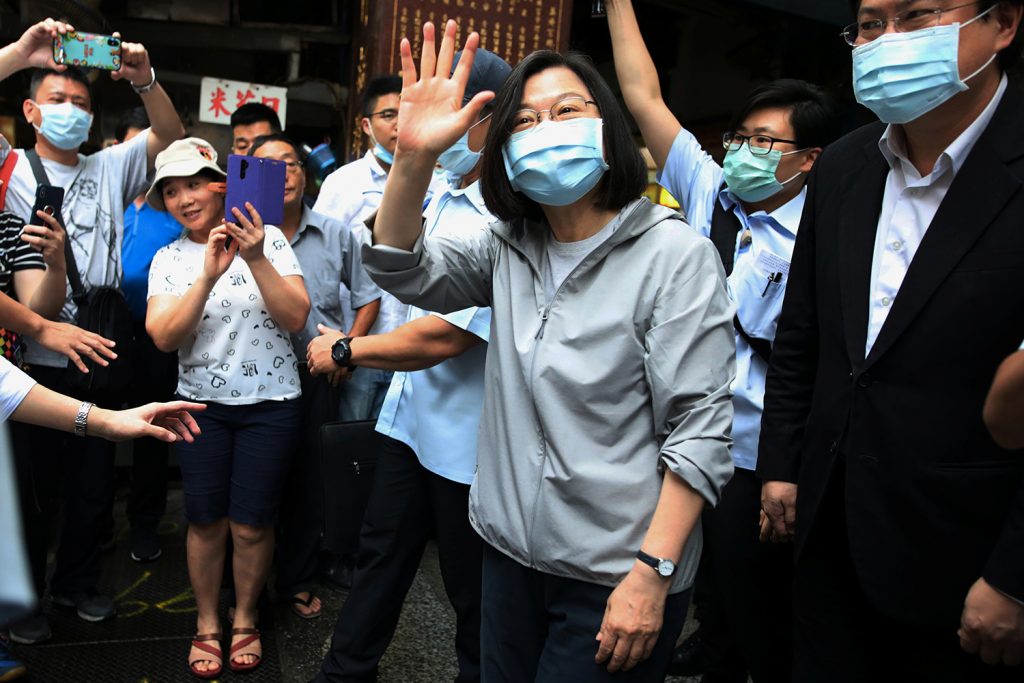 The 15th President of the Republic of China (Taiwan) Tsai Ing-wen delivered her official inauguration speech on May 20, at a time when the COVID-19 pandemic continues to raise significant concerns about the future of the rules-based international order, the status of global democracy, and the trajectory of cross-strait relations. Taking the speech as a reflection of President Tsai’s vision for her second administration, Taiwan’s priorities will be strengthening cooperation with allies, accelerated development of asymmetrical defense capabilities, and managing tense cross-strait relations.

President Tsai announced that Taiwan will participate more actively in regional cooperation mechanisms, strengthen mutually beneficial cooperation with its allies, and bolster ties with the United States, Japan, Europe, and other like-minded countries. Taiwan’s achievements in preventing the spread of COVID-19 and providing medical assistance to other countries has shown its strength in the field of public health and further highlighted the urgent need of being included as a member in the World Health Organization. With these foreign policy priorities in mind, Taiwan will likely maintain and expand three regional and global roles moving forward:

President Tsai also gave recommendations for national defense reforms over the next four years. As military threats from China increase, Taiwan must accelerate the construction of deterrence forces and strengthen its self-defense capabilities. In this vein, Taiwan must increase its security cooperation with the United States through the following actions:

Cross-strait relations: Guided by the principle of “peace, parity, democracy, and dialogue”

The Taiwan Strait, the Korean Peninsula, and the South China Sea are the three major hotspots for regional conflicts in the Asia-Pacific region. In her speech, President Tsai stated that cross-strait relations had reached a historical turning point. She also reaffirmed that Taiwan would not accept Beijing’s use of “one country, two systems” to downgrade Taiwan and undermine the cross-strait status quo.

Moreover, the Chinese Communist Party’s attempts to diplomatically and militarily coerce Taiwan have surged in recent years. These threats have further damaged perception of China among the Taiwanese public. According to the latest survey from Focus Taiwan, 73 percent of the Taiwanese respondents disagreed with the statement that “the Chinese government is a friend of Taiwan’s,” suggesting that the intensifying CCP threat is damaging cross-strait relations.

The foundation of cross-strait dialogue lies in mutual trust and facing reality. The greatest source of potential conflict in the Taiwan Strait at present comes from the CCP’s hegemonic mentality and its unwillingness to face up to the fact that the Republic of China (Taiwan) is sovereign and independent. Taiwan has always been a defender of regional security and is willing to engage in dialogue with the CCP under the principles of peace and reciprocity. In the future, Taiwan should actively strive for more international recognition and support, which is an important key to breaking through the CCP’s diplomatic blockade and urging the CCP to treat cross-strait relations more rationally.

The path ahead: Crucial challenges for the future of democratic countries

The priorities outlined by Tsai will be important in the context of a post-COVID world in which democratic values and societies are facing new and intensifying challenges. As the first country to pass a same-sex marriage law in Asia, and ranking in the top thirty in the world in terms of political rights and civil liberties, Taiwan has proved time and time again that it is a model democratic country in the region.

Amid the global pandemic, the government proactively disclosed various public health information via democratic, transparent, and accountable governance. With the participation and cooperation of its citizens, Taiwan’s government effectively controlled the epidemic. This demonstrates not only that democracies can play a key role in leading the global response to COVID-19 and shaping the world that comes next, but also that the key strengths of Asian culture can be compatible with the universal values of democracy, human rights, and the rule of law. Moreover, the Taiwan model offers a way to fight pandemics that is diametrically opposed to an authoritarian model based on extremely controlling policies, such as those seen in China.

In the post-COVID world, the rise of anti-democratic, authoritarian forces will present an urgent challenge for free and democratic countries. In the face of such uncertainty, Mike Abramowitz, president of Freedom House, said, “If major democratic powers fail to set strong examples and provide constructive leadership, it will be impossible to reverse the global trends that threaten freedom for all societies.” The obligation to defend human rights and universal values should not be shouldered by any country alone. While Taiwan still faces many obstacles and threats from China, President Tsai’s speech has clearly outlined Taiwan’s priorities and strong democratic mission: Taiwan will stand with like-minded countries and jointly stop the spread of anti-democratic forces around the world.