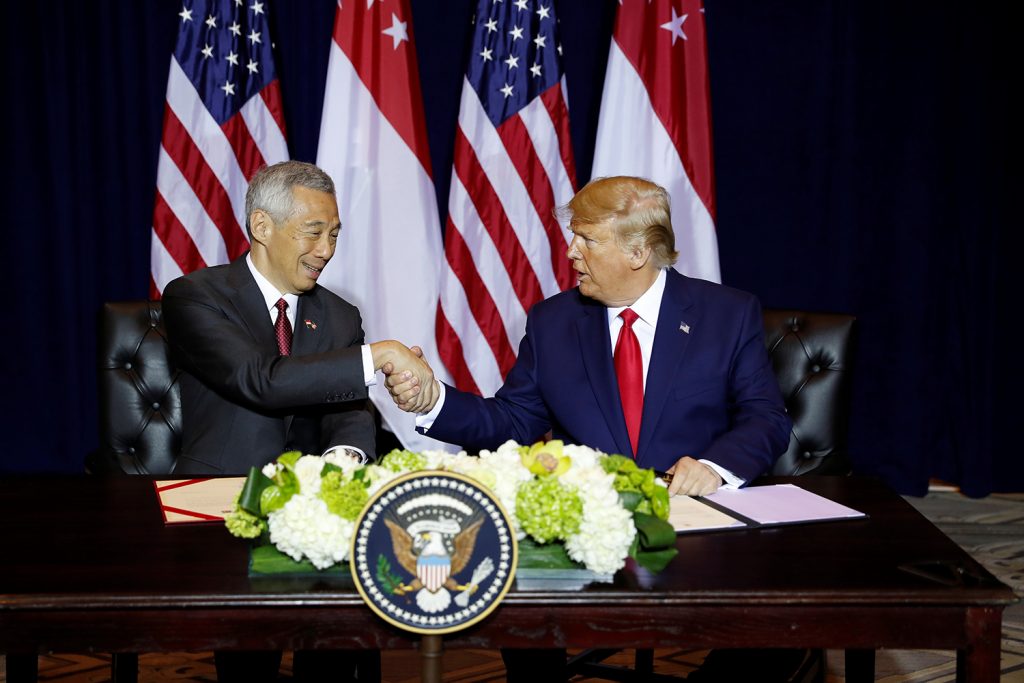 Key takeaway: Lee Hsien Loong, the prime minister of Singapore, worries that Washington’s increasingly tense relationship with Beijing and domestic pressures to reduce its commitments abroad will force US policymakers to choose either a path of “colliding with China” or “deciding that you have no stake in the region and leave us to our own defenses.”

In an Atlantic Council Front Page event on July 28, Lee told moderator and co-founder of the Carlyle Group David Rubenstein that his country and other East Asian allies fear a confrontation between China and the United States, but also want to ensure that Washington is able to play its traditional role in the region “and tend to your many interests, and your many friends, and your many investments … Otherwise, a part of the world which has been crucial to you since the Second World War I think may become a problem rather than an asset to you.”

Here’s a quick look at what else Lee said on the escalating confrontation between the United States and China in his region, what his country has learned from combating the COVID-19 pandemic, how he views China’s actions in Hong Kong, and his future as Singapore’s leader.

2020 election may not calm US-China conflict

COVID reopening “so far, so good”

Looking for a new normal in Hong Kong

Trump administration officials believe their increasing efforts to counter a more assertive China could prove to be their most significant foreign policy legacy. That will only be true if they can combine it with a strategy that can sustain the effort in concert with allies and far beyond the limits of any single U.S. administration.