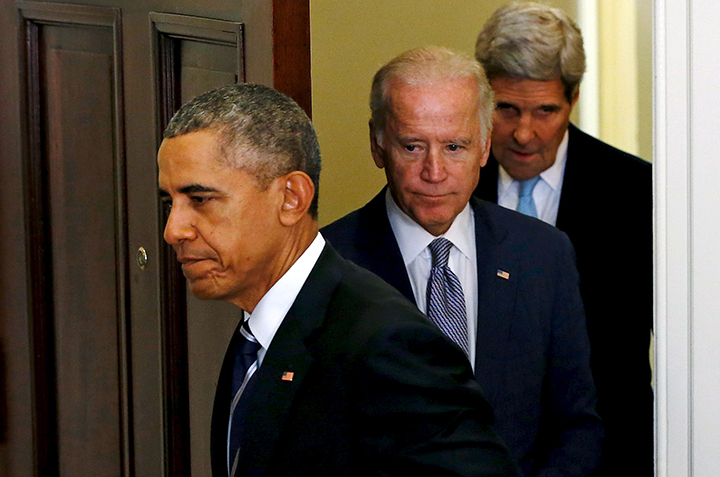 Falling oil prices are a major challenge for oil revenue-dependent markets, including Venezuela, Russia, and Iran. But closer to the United States, Canada, which is heavily dependent on oil exports, is also suffering.

Most of Canadian oil is trapped in oil sands—a combination of clay, sand, and water, soaked in bitumen, a heavy black viscous oil. It is impossible to produce and transport oil from these locales without special treatment, which requires expensive industrial infrastructure to implement. Economies of scale make these projects profitable above $50 per barrel. Alberta’s oil industry thrives—but only as long as oil prices remain high.

Not only is Alberta oil expensive to produce, it is hard for the product to reach the market. For it to be exported to the United States and overseas, Canadian oil needs to be transported via pipelines or by rail, which is more expensive. The Kinder Morgan Trans Mountain pipeline, which runs from central Alberta to the Pacific Coast, allows Canadian oil to reach Asian markets. Current expansion plans may increase this West coast pipeline’s traffic from 300,000 barrels a day to 900,000 barrels a day.

Pipeline expansions such as these are governed by licensing processes that move slowly and now face stronger opposition in the Canadian Parliament. Environmentalist lobby groups now have increased clout with Prime Minister Justin Trudeau’s Liberal administration in Ottawa. The Trudeau administration is less supportive of pipeline expansion efforts than Stephen Harper’s Conservative government, which was voted out last year.

Another option is a 4,000-mile long Energy East pipeline, bringing oil to the East coast. Parts of the pipeline exist east of Montréal, but, similar to the West, environmental concerns and regulatory delays have slowed development.

Going south, US President Barack Obama blocked the authorization of Keystone XL, a pipeline project whose purpose was to transport heavy Canadian crude from Alberta to the Gulf of Mexico. The project promised clear economic benefits, including less reliance on North American imports of Venezuelan and Saudi oil, creation of thousands of new jobs, increased energy security, and deeper cooperation between Canada and the United States.

Despite US State Department approval and five studies extending over 17,000 pages, the Obama administration announced that the environmental impact from implementing Keystone XL was unsustainable. In 2013, the Alberta Clipper pipeline expansion project was also blocked due to environmental lobbying in Washington.

Trudeau cannot neglect the interests of the Canadian oil and gas industry, which can be a source of much-needed tax revenue and employment in Canada. With the federal budget deficit projected at $25 billion a year, Trudeau must lobby for pipeline expansions in Washington during the remaining months of the Obama administration.

And while US Republican representatives support Canadian pipeline initiatives, US Democrats may oppose the increased flow of Canadian oil through US territory.

Canadian natural gas export markets share similar challenges with oil. Though the country has massive gas deposits, it has little means to export it.

The only Liquefied Natural Gas (LNG) facility located on the Atlantic coast in New Brunswick was supposed to process imported LNG. It is now being converted to export about eight billion cubic meters of gas annually for European markets.

This purchase allows TransCanada to consolidate operations in the American market and pave the way for exporting Canadian natural gas to American LNG export terminals on the Gulf coast in the long term—allowing TransCanada to save on infrastructure costs and increase its share of the US gas market.

The United States and Canada need to protect, preserve, and increase their energy cooperation and jointly develop the North American energy market. Overlapping asset ownership and ensuring easier pipeline expansion approval processes in both countries should be an important part of this development.

Image: From left: US President Barack Obama arrives with Vice President Joe Biden and Secretary of State John Kerry to deliver a statement on the Keystone XL pipeline at the White House in Washington on November 6, 2015. Obama rejected the proposed Keystone XL oil pipeline from Canada in a victory for environmentalists who had campaigned against the project for more than seven years. (Reuters/Jonathan Ernst)