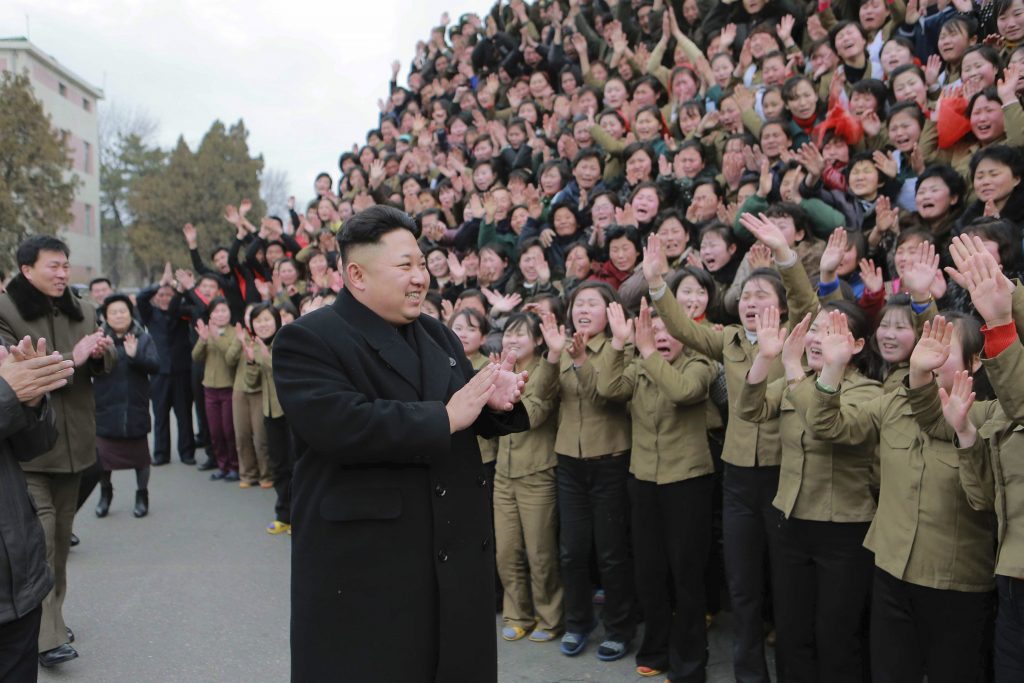 North Korea’s Internet outage this week could be the work of “good ol’ American patriotic hackers,” according to Jason Healey, director of the Atlantic Council’s Cyber Statecraft Initiative.

North Korea’s Internet service appeared to be working again on December 23 following a nearly ten-hour shutdown that came hours after US President Barack Obama promised a “proportional response” to a cyber attack on Sony Pictures. Washington has blamed the North Korean government for the Sony hack, an accusation Pyongyang denies.

“It is entirely possible this is good ol’ American patriotic hackers, mimicking the Jester, looking to strike back against North Korea,” Healey told The Hill.

“If so, then the Department of Justice must do like they did at the time of Iraq invasion in 2003 and warn them that it does not condone so-called ‘patriot hacking’ on its behalf,” he added.

The White House and the State Department have declined to comment on North Korea’s Internet problems.

Marie Harf, State Department deputy spokeswoman, told reporters at the daily briefing on December 23 that she could not even confirm that North Korea’s Internet was down.

On December 22, Harf said that as the Obama administration implements its responses to North Korea’s suspected role in the hack on Sony Pictures “some [responses] will be seen, some may not be seen.”

In North Korea, the worldwide web is accessible only to a handful of  the country’s elite. Most North Koreans would not have noticed the service disruption.

Websites such as those of the official Korean Central News Agency and the Rodong Sinmun newspaper were offline during the outage.

Framing a response to the attack on Sony Pictures will be problematic, according to August Cole, director of the Atlantic Council’s Art of Future Warfare project and a non-resident senior fellow at the Council.

“As with most cyber attacks, attribution, or identifying the bad guys, is going to be very difficult no matter the confidence of the US government in tracing the attack back to the North Korean regime,” Cole wrote at War on the Rocks.

“Without a target, it is hard to strike back. Imagine the pressure, though, if instead of targeting Sony, the hackers had incapacitated the electrical grid for Hollywood and Burbank and further misdirected investigators?” he added.

Does North Korea actually have the capability to hack Sony Pictures? “Maybe they could turn the power off in South Korea, but they have artillery, missiles, and chemical weapons so their cyber capabilities aren’t necessarily the scariest bit out of that arsenal,” Healey told International Business Times.

“In the history of cyber conflict we’ve never really found any example of a hack that was strategically significant on the scale of which many have warned,” Healey said.

“We’ve been warning about a digital Pearl Harbor since 1991 and it hasn’t happened.”

The cyber attack on Sony Pictures was followed by a threat from hackers to attack theaters that screen The Interview, a comedy about a fictional plot to assassinate the North Korean leader, Kim Jong-un. The threat prompted Sony to cancel the movie’s release. Some US theaters said on December 23 that they would screen The Interview on Christmas Day.

Healey said the response to the Sony hack set a precedent that could encourage countries such as China and Russia to attack US interests.

“If China and Moscow see how this is successful, I mean what happens when you pay the kidnappers?” he said.

So how should the United States respond?

In 2010, when North Korea sank a South Korean ship killing 46 sailors, the United States did not have a particularly strong response other than to condemn the attack.

“And that was for dead people,” Healey told Mashable.

“When it comes to North Korea, there are no good options,” said Healey, adding that US cannot afford to respond too strongly because that would risk provoking an “unstable” country.

“Right now, all we’ve got is an attack on freedom of expression. So I don’t see us being more muscular now than we had been,” he said.

Image: North Korean leader Kim Jong Un meets textile workers in an official photo issued amid US accusations that Kim’s government attacked the computers of Sony Pictures. The attack disrupted Sony’s planned release of a comedy film about a fictional plot to assassinate Kim. North Korea’s internet then shut down briefly in what Atlantic Council’s Jason Healey says may have been a revenge attack by “American patriotic hackers." (Reuters/KCNA)