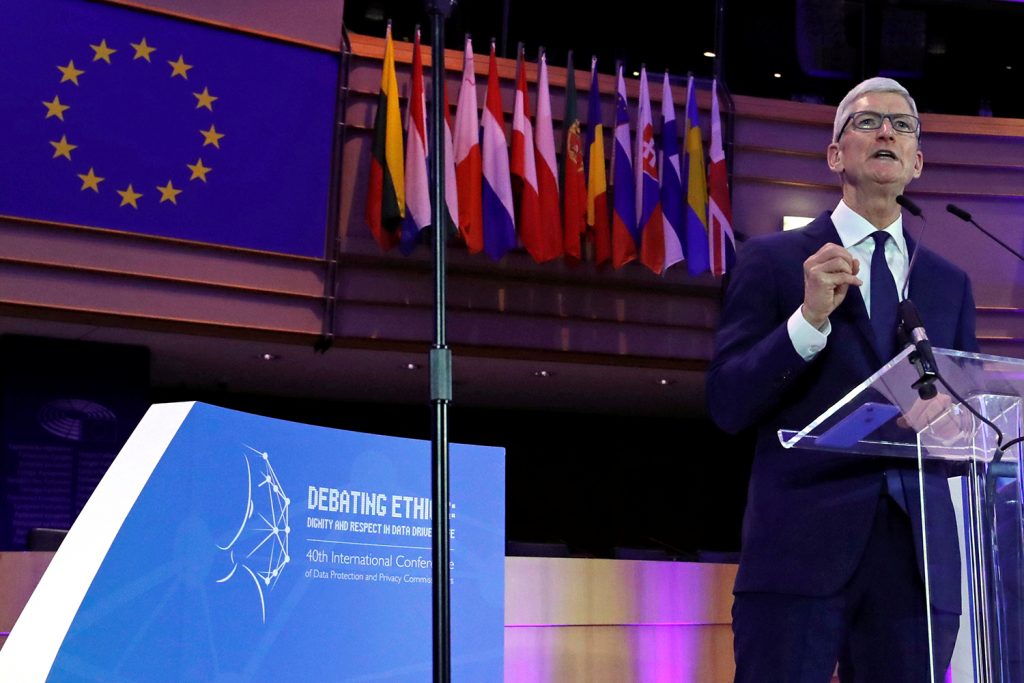 On July 15, the EU’s General Court ruled in favor of Apple and Ireland, and against the European Commission, in a high-profile tax dispute that previously had forced the US company to transfer to Ireland €13 billion as compensation for taxes that should have been imposed. Apple’s victory stands in sharp contrast to a series of defeats that US technology companies including Facebook and Google have suffered at the European Court of Justice in recent years in privacy-related cases.

In 2016, the Commission’s Directorate-General for Competition (DG COMP) had stunned the tax world by determining that a long-standing Irish government ruling granting Apple favorable tax terms was ‘state aid’ not permitted under EU law. The Commission’s 2016 ruling that a tax advantage constituted state aid was an unprecedented development in EU competition policy, and it led to similar investigations against other US companies (Amazon and Starbucks) as well as European ones (Fiat and Engie).

The US government, unusually, had weighed in extensively on Apple’s behalf at the earlier phase of the case, with Obama administration Secretary of the Treasury Jack Lew accusing DG COMP of penalizing a company retroactively on the basis of a new and expansive interpretation of state aid rules, targeting US companies disproportionately, and acting contrary to long-established international tax standards.

Guaranteeing competitiveness in the EU internal market is one of the European Commission’s principal powers, and the Commission has exercised it vigorously over the years. Its strong stance against distortive state aid dates to the Union’s founding era, when member state-owned or -controlled companies were a more significant presence in the European economy.  Although US and EU competition rules have converged substantially over the years, the United States has never developed a state aid doctrine, because the US government is much less of a direct participant in the national economy.

The Apple case shone a spotlight on rulings going back to 1991 in which Irish tax authorities had established formulae for attributing minimal income to two Irish-incorporated subsidiaries, Apple Sales International (ASI) and Apple Operations Europe (AOE), in relation to the activities of these subsidiaries’ operational Irish branches. The Commission decided that since the subsidiaries had no employees to manage the branches’ activities, including the intangible intellectual property they utilized, some of that otherwise lightly-taxed income should be allocated instead to the company’s Irish branches. The Commission saw Ireland’s tax ruling as departing from multilateral transfer pricing guidance and thus conferring a ‘selective advantage’ on Apple’s Irish branches.

In appealing to the EU’s General Court, Apple took issue with several of the factual premises in the DG COMP ruling. While the Court did not object to the Commission’s underlying legal theory that state aid could confer a selective advantage, it nonetheless sided with Apple on key factual points. Specifically, Apple persuaded the General Court that the Commission had failed to examine the Irish branches’ activities and functions. Nor had the Commission determined the extent to which the branches actually managed the intellectual property in question, the Court found, acknowledging Apple’s insistence that its headquarters in California actually played this role. Further, the General Court rejected the Commission’s alternative arguments relating to alleged methodological errors and discretionary determinations in the Irish tax rulings that were to Apple’s benefit.

In the EU’s judicial system for competition cases, the General Court has the final word on factual determinations such as these. However, the Commission may appeal to the European Court of Justice questions relating to the General Court’s findings on questions of EU law. Such an appeal in this case is anticipated. For now, the €13 billion plus interest that the company had to repay Ireland remains in an escrow account in that country.

The importance of Apple’s victory should not be overestimated—except of course to the company’s bottom line. The unprecedented scale of the penalty that the Commission had exacted from Apple in 2016 was seen as a harbinger of a newly assertive agenda on the part of Commissioner Margrethe Vestager to rein in US tech companies. Since 2016, however, the Commission has had a mixed judicial record in sustaining its rulings in other state aid cases involving tax, winning in a case involving Fiat and Luxembourg, but losing in its challenge to the Netherlands’ tax treatment of Starbucks. Competition cases in Brussels are notoriously contentious, with major companies devoting substantial litigation resources to them. DG COMP’s legal chops remain widely respected, but it lately has suffered notable losses in other competition cases as well, including in the merger area.

The Apple ruling, while a stinging setback for Vestager’s record as competition commissioner, also should not be conflated with the broad and assertive tech regulatory agenda she is fashioning in her additional capacity as Vice President for ‘a Europe fit for the digital age.’ The Court’s state aid jurisprudence in tax cases stands distinct from the Commission’s ambition to harmonize across the Union the taxes paid by digital service providers. Other EU regulatory initiatives affecting the tech industry, in diverse areas including industrial policy, government procurement, and artificial intelligence, will take their separate paths.