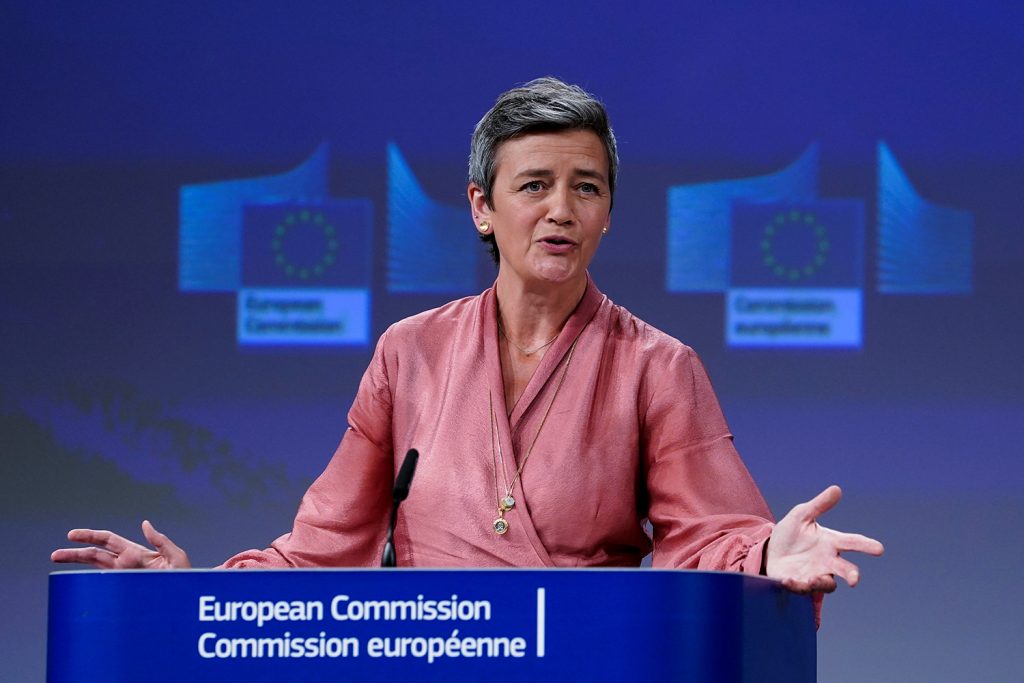 Europe’s powerful competition and digital chief is calling for better relations between the United States and the European Union, at a time when economic chaos triggered by the worsening coronavirus pandemic threatens recovery on both sides of the Atlantic.

Margrethe Vestager, executive vice president for the European Commission’s A Europe Fit for the Digital Age initiative, spoke on June 23 in a virtual event hosted by the Atlantic Council’s Future Europe Initiative and moderated by Ryan Heath, a senior editor of Politico.

“We have such a long history together, and right now we are not making best use of sharing fundamental [values] and having a common history in a world that is changing so dramatically,” said Vestager. “Geopolitics today are so different [than] what they were just five, ten years ago. I really wish for the US-EU relationship to be stronger,” she noted, through new initiatives such as a US-EU trade and technology council to develop “common approaches.”

“The idea of open, liberal democracies is being challenged these years systemically, and that I think we should confront together,” Vestager added.

Her appearance coincided with the Atlantic Council’s launch of a report on the EU’s “search for digital sovereignty” written by Frances G. Burwell and Kenneth Propp of the Council’s Future Europe Initiative.

In Vestager’s previous job as EU commissioner for competition, the former Danish social-liberal politician achieved prominence for imposing massive fines on Amazon, Google, Qualcomm, and other large multinationals that violated antitrust laws. In 2016, Vestager’s commission ordered Apple to pay back an unprecedented $14 billion in taxes to Ireland. Such moves have drawn sharp criticism from US President Donald J. Trump, who argued that Europe was treating the United States “worse than China.”

Asked whether the EU should be responding to China’s crackdown on political freedoms in Hong Kong with more punitive economic measures, Vestager said there are “strict limits as to how competition policy, as such, can be a tool when it comes to geopolitics.” She described China as a “partner” on issues such as combating climate change but also a “strategic competitor” in the economic and geopolitical realms.

“We ask businesses in Europe to compete fair and square on the merits of their products’ quality, affordable prices and innovation without taxpayers picking up their bills,” Vestager said. “But we also stand up for those businesses if they are faced with unfair competition.”

Vestager justified the EU’s 2017 decision to fine Facebook €110 million for providing misleading information regarding its $19 billion acquisition of WhatsApp in 2014. The social-media giant had assured Brussels it would not combine its data with that of WhatsApp, but later announced that it would do exactly that. The commission ruled that the possibility of matching users’ identities already existed in 2014—and that Facebook staff were aware of such a possibility.

“Even though Facebook said we will not and we cannot merge the data from WhatsApp and Facebook, they did it anyway. We fined them because it turned out they had been giving us false information,” Vestager recalled. “On substance, this would not be a case for unscrambling the eggs.”

Calling green and digital investments the “twin pillars of EU economic strategy,” Vestager said the twenty-seven-member bloc has set three main goals for itself: to be climate-neutral by 2050; to make the best possible use of digital technologies; and to foster a just and equitable economy “where people feel included in their societies, and they see that the economy is working for them.” She praised the EU’s recent announcement of a €540 billion program to help Europeans made jobless by the pandemic and related lockdown, as well as a long-term recovery package of more than €1 trillion. “The thing is, why would you rebuild the old world when we wanted a new one?” she asked.

Vestager lamented the Trump administration’s June 17 suspension of talks with the EU on a digital-services tax, which the EU nevertheless plans to press ahead with by itself if need be, as well as Washington’s threat to retaliate if Brussels imposes new taxes on US companies like Amazon, Facebook, and Google that sell goods and services online.

“Obviously, I very much regret this,” she said. “It was a small comfort that the withdrawal was accompanied by wording to suggest they were still on board to have a global consensus. We find it so difficult to defend the many, many businesses all over the world [that] pay their taxes that have to see their competitors for capital and skilled employees that do not pay their taxes. I really hope that one way or another, we can still move this forward and implement it … rather than us here within Europe having to push this on our own.”

On February 19, the European Commission launched a major regulatory initiative aimed at creating a transformational digital economy in Europe. Given the close integration of the US and European Union (EU) economies—including in the digital sphere—this European initiative is likely to have a significant impact on US companies and consumers.