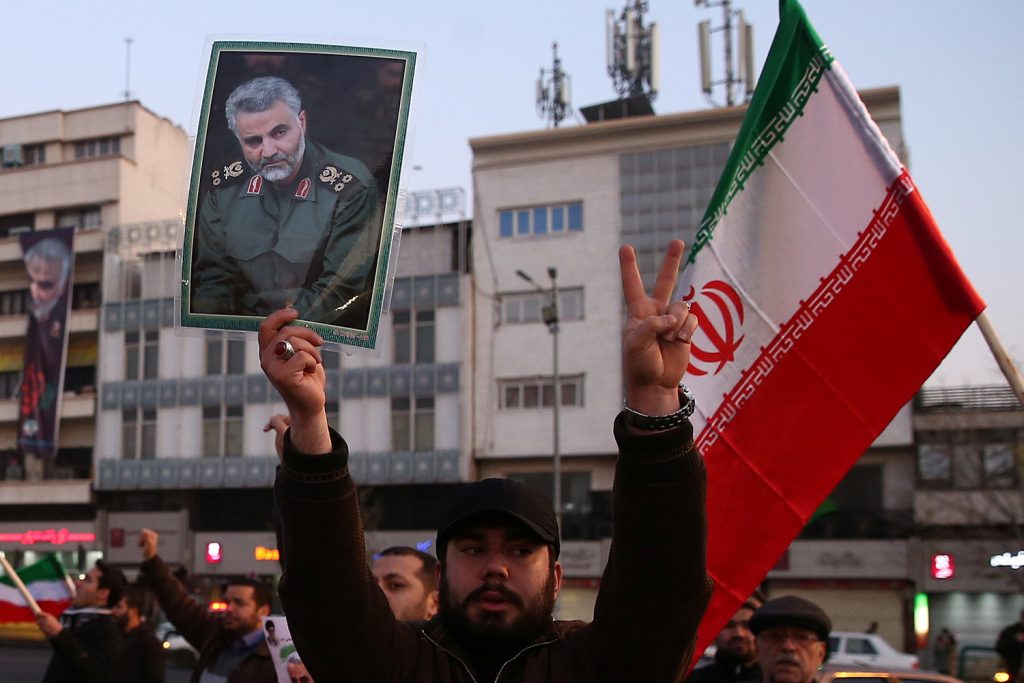 The central US red line—the death of another American on Iranian orders— does not appear to have been crossed in this rocket attack. If that turns out to be the case, that will most likely be by design. Therefore, the Trump administration will have the opportunity to test Iranian claims that they truly do not seek any further escalation.

Passing that test would require the Iranians not to order further military actions against the United States or against US allies in any theater, at least until this risky period is behind us, either directly like tonight’s attacks or indirectly through their proxies. It would also require the Iranian authorities to enforce command and control over those proxies and even over some elements of its own military who likely would prefer to inflict greater damage on the United States. As long as Iran is assessed to be willing and able to take these actions, then the United States should not retaliate militarily in response to this strike, not initiate new offensive military actions against Iranian forces or their proxies, and also take great care to avoid the kind of rhetoric that would risk inflaming the situation.

If Washington and Tehran can get through this moment without a further escalation, then both might reflect that they have each achieved important key short-term objectives. The United States will have taken out two truly malign actors in a highly escalatory drone strike, but then will have not allowed the resulting crisis to spiral into war. More importantly, by doing so it will have successfully established important limits on Iranian behavior.

From its perspective, Iran will have completely reversed its situation in Iraq in a remarkably short time. Only a few weeks ago its influence there was declining sharply—on the streets, among the Shia, and within the corridors of power. And yet now, in the immediate wake of the US drone strike, Iran stands well-positioned to have the Iraqi government expel the US military presence. If the United States is forced to withdraw from Iraq, it will also likely need to withdraw from Syria—both objectives long sought by the late General Soleimani.

So if the immediate crisis is indeed able to pass, the Trump administration will need to quickly refocus its attention on protecting persistent US interests that remain at risk. The immediate need is for adept diplomacy to repair our strained bilateral relationship with Baghdad and prevent a forced US.military withdrawal from Iraq and Syria. This is not a time to be threatening Iraq with US sanctions. Instead the Trump administration should work to delay any impetuous Iraqi government decision and seek to re-position the United States to be seen as a supporter of Iraqi sovereignty against the biggest persistent threat to its independence, its neighbor Iran.

Furthermore, the Trump administration, having not reacted meaningfully to previous Iranian attacks on shipping and energy production, needs to work more actively with our Gulf partners and other like-minded maritime powers to reestablish deterrence against such Iranian threats. This will be a longer-term undertaking, but needs to begin in earnest now.

And finally—and perhaps most importantly—we need to prepare for the next easily predictable crisis with Iran, the prospect of nuclear breakout in the wake of Iran’s announcement that it will no longer observe the previously agreed limitations on its centrifuges. Addressing this challenge will likely require a US-Iranian dialogue that doesn’t presently exist. But perhaps in the wake of a successful de-escalation, there might be a new opportunity for such a dialogue to begin.

Iran’s missiles may have avoided the worst outcome

If there had been significant US casualties, the world would have awoken to the dawn of a regional war, because the Trump administration would have been compelled to attack the launch sites in Iran—and probably other targets in Iran, also. If the present news holds, the situation is slightly less dangerous, if still perilous.