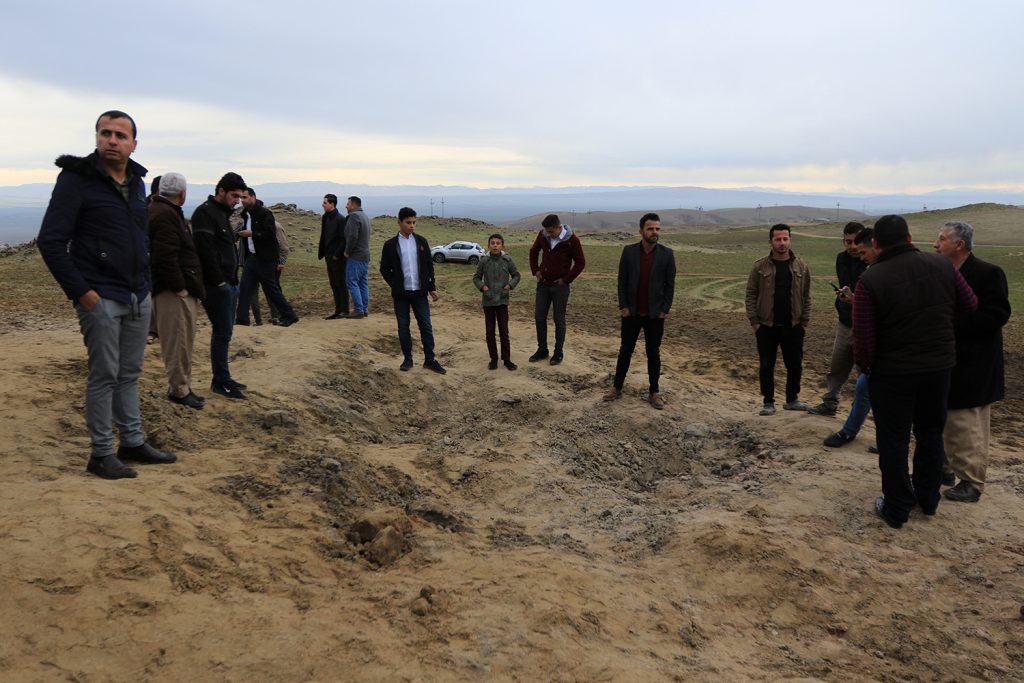 In the early hours of January 8, local time, Iran took responsibility for firing surface-to-surface missiles at Iraqi bases in the predominantly Sunni Anbar province and the predominantly Kurdish Irbil province. Iran was able to boast to its people that the death of Major General Qasim Soleimani, killed by a US drone strike, had been avenged.

The battle damage assessment is underway, and initial indications have not spoken of US casualties. The death of Iraqis is, of course, a terrible thing. But if there had been significant US casualties, the world would have awoken to the dawn of a regional war, because the Trump administration would have been compelled to attack the launch sites in Iran—and probably other targets in Iran, also. If the present news holds, the situation is slightly less dangerous, if still perilous.

The Islamic Revolutionary Guard Corps (IRGC) said on its Telegram channel that if the United States responded to this attack by bombing Iranian territory, the IRGC’s third wave would target Haifa, Israel, and Dubai.

The world seems beyond getting outraged against Iran, which is looking at a conflict with the United States, having one of its military forces saying it fired surface-to-surface missiles from Iran against one country (Iraq) and threatening to bomb two others, including one (Dubai) where tens of thousands of Iran’s shrinking middle class go for business or leisure. Is this Iran’s peculiar sense of symmetry at work again, trying to match President Trump crazy for crazy?

I believe President Trump intended to be provocative, not criminal, when he tweeted on January 4 that if Iran struck any Americans, he would target sites “important to Iran & the Iranian culture.” This produced a firestorm of criticism and commentary that dominated social media and cable news around the world for two days. Did the IRGC decide to post something just as crazy about attacking Dubai and Haifa just to show President Trump they could dominate the worldwide Twitterverse for a day or two?

Was it a miss, or did the Iranians hit exactly what they wanted to hit?

Questions will arise about whether Iran’s missile attack mis-fired, or whether Iran pulled off one of the most extraordinary feats of arms in the 21st Century: two deliberate near-misses that they can sell to their people as revenge against the United States, while being careful not to cross the United States’ red line that no Americans should be killed.

In a way, a deliberate near-miss would be one of the most chilling demonstrations of Iranian military prowess imaginable, if that’s what happened. The September 14 Iranian cruise missile and rocket attack on the Saudi Arabia Abqaiq facility shocked most observers with the precision accuracy of Iranian cruise missiles and drones hitting spheroids and separation towers while leaving adjacent facilities untouched and—note this—no one was killed. The battle damage assessment in Iraq on Wednesday will look carefully at trying to understand exactly what the Iranians were aiming at. Two deliberate near-misses would put Iranian missileers in a very elite club, indeed.

Rather than invoking fear, however, it would be one of the most poignant demonstrations of the Iranian regime’s failures. A country capable of such a feat of arms could achieve great things if it turned its talents towards peaceful and productive uses of technology, away from Qasim Soleimani’s dream of setting up a state-within-a-state in Iraq, but loyal to Iran, that has the potential of tearing Iraq apart.

Thomas S. Warrick is a nonresident senior fellow at the Atlantic Council. He was most recently the deputy assistant secretary for counterterrorism policy at the US Department of Homeland Security and a career member of the Senior Executive Service.

Washington and Tehran can step back – if they want to

Image: Residents look at a crater caused by a missile launched by Iran on U.S.-led coalition forces on the outskirts of Duhok, Iraq, January 8, 2020. REUTERS/Ari Jalal