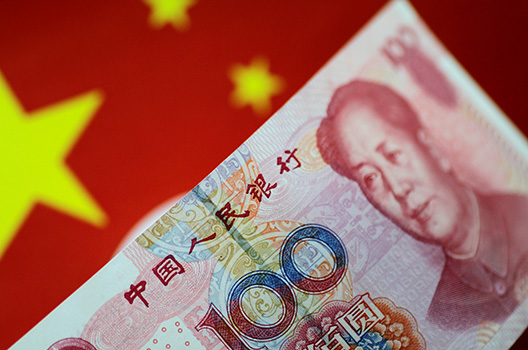 While the US Treasury Department’s August 5 decision to label China a “currency manipulator,” is “largely symbolic,” it could be a sign of “more aggressive countermeasures,” between the two countries as they struggle to reach an agreement on their trading relationship, according to Bart Oosterveld, director of the Atlantic Council’s Global Business and Economics Program and C. Boyden Gray fellow on global finance and growth.

On August 5, the Chinese renminbi fell below the seven-per-US dollar mark, a move that will make Chinese exports more affordable in international markets. US President Donald J. Trump complained that the move meant the renminbi was at “almost a historic low,” and accused Beijing of deliberately dropping its currency value to gain an advantage against the United States.

According to Oosterveld, Beijing’s decision to weaken the renminbi is connected to the new threat of US tariffs on Chinese goods, which Trump announced on August 1. “China pre-emptively undercut the impact of the 10 percent tariffs on $300 billion of Chinese goods the United States plans to levy in September,” Oosterveld explained. The People’s Bank of China said on August 5 that their currency adjustment was a direct result of “unilateralism and trade protectionism measures and the imposition of tariff increases on China.” Trump justified the further tariff threat by accusing Beijing of not making good on commitments to buy more US agricultural products and curb the sale of the drug Fentanyl. The new tariffs would come in addition to 25 percent tariffs already applied to $250 billion of Chinese goods.

The designation of China as a currency manipulator by the United States will have little tangible effect, as it only requires the US government to negotiate with a designated country. Beijing and Washington have already been locked in months-long discussions over a new trade agreement that the United States hopes will curb China’s use of unfair economic practices such as state-owned subsidies, intellectual property theft, and forced technology transfer. US Treasury Secretary Steven Mnuchin and US Trade Representative Robert Lighthizer had “constructive” talks with Chinese officials on July 31 but no breakthrough has been reached since Beijing pulled out of a draft deal in May.

While the official ramifications of the currency manipulator designation will be limited, it risks escalating the trade tensions between the two countries even more. The Dow Jones Industrial average dropped 767 points on August 5 following news of the drop in the renminbi. “Markets responded sharply given the risk of continued escalations with ever-increasing tariffs and corresponding competitive devaluations,” Oosterveld explained.

“Any company or investor holding out for a great trade peace,” now must realize that “a cessation of bellicosity is obviously highly elusive and extremely unlikely,” according to Alexis Crow, a nonresident senior fellow in the Atlantic Council’s Global Business and Economics Program and lead for the Geopolitical Investing Practice at PricewaterhouseCoopers. The decision to slap the currency manipulation tag on Beijing is “yet another example of the current administration’s tendency to incorporate non-trade elements underneath the trade umbrella,” she explained. “The formality of labelling a country as a manipulator,” she argued, “is of course likely to scupper or detract from any kind of pure trade negotiations.”

Perhaps more worryingly for the Trump administration, Oosterveld noted, China’s Commerce Ministry said on August 6 that the country would halt purchases of US agricultural products in response to the new US tariff threat and accused Washington of making a “serious violation of the consensus,” reached between Trump and Chinese President Xi Jinping when they met in Osaka in June and called for a pause in the trade war. Oosterveld warned that the move seems directly aimed at farmers “in key US swing states,” as attention begins to focus on the upcoming US presidential election in 2020.

While the Trump administration continues to press for a negotiated solution to address its trade grievances with Beijing, the spiral of tariffs and countermeasures is continuing to grow, threatening to drive the two sides further apart and potentially creating significant disturbances for the entire global economy.

Image: A China yuan note is seen in this illustration photo May 31, 2017. (REUTERS/Thomas White/Illustration)