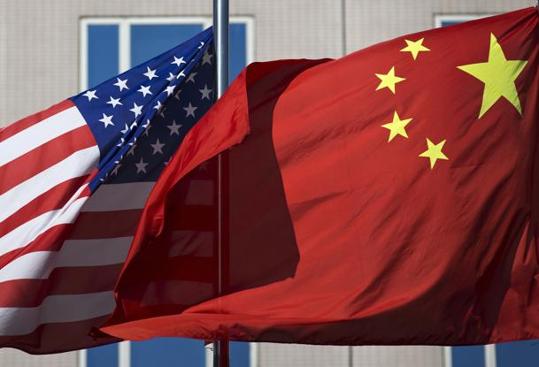 Planting flags on islets, declaring cities where there are too few residents to fill a restaurant, and huffing and puffing over uninhabited rocks are acts more suited to a Gilbert and Sullivan farce than to nations in the 21st century.

Absurdities aside, the tensions in the South China Sea could shape the balance of power in Asia and put at risk the $18tn east Asian economy. However, a century-old diplomatic idea used by a former US president offers a solution to the crisis.

At present, things appear to be at an impasse. Legally, the overlapping territorial claims defy resolution – either through bilateral steps or through the Law of the Sea treaty. This treaty, to which China has acceded, rejects lodging “historically based” claims, which are precisely the type Beijing periodically asserts.

With the legal problems exacerbated by nationalist sentiment, practicable solutions are even harder to achieve. Yet tensions need not slide inexorably into entrenched hostility, or worse. We propose a way out that would allow step-by-step commercialization while setting aside disputes over sovereignty.

The current surge of interest in the South China Sea is driven first, by China’s steady rise and second, by the perception (if not the reality) of oil and gas deposits that may be accessible using new technologies.

Even so, no company will invest the billions of dollars required to exploit these reserves without a stable political and legal environment. Competing nationalisms and Sino-American friction are simply adding new layers of risk to an already challenging environment.

This should present an opportunity for creative diplomacy. Chinese oil companies still need foreign partners; they lack offshore drilling technology to exploit resources that may be much less substantial than China reports. Even optimistic estimates fall far short of projected Asian demand over the next 20 years.

A creative diplomacy for the South China Sea needs, for starters, to rein in rivalry – as Hillary Clinton has this week sought to do in her tour of Asia. For years, each claimant has been exploiting cartographic ambiguities with unilateral moves and pronouncements. China recently named a speck of a place, SanCha, as an administrative “capital” for its South China Sea domain. Manila has renamed the same area the “West Philippine Sea”. In June, Vietnam enacted a maritime law identifying its own claims in the “Eastern Sea”.

Of course, we can keep relying on America’s countervailing actions, knowing that China doesn’t play well in a multilateral space. But this game is prone to miscalculations by all sides. Nor does there seem much to gain from spending more time on “confidence building measures” or on a “multilateral security architecture” of regional groupings heavy on acronyms and light on results.

To find something new, we might try looking backwards – to a type of split-the-difference US diplomacy last deployed after Russia and Japan had fought a war in 1905. The next year, Theodore Roosevelt brokered a peace that lasted three decades, allowing China, Europe and the US to adjust to Japan’s rise as a major power.

To achieve something similar today would mean finding ways to facilitate commercial exploitation of the South China Sea. Privately, some chief executives of Chinese energy companies have spoken recently of their desire to form offshore joint ventures with western companies. Such joint exploitation could proceed by means of agreements resting expressly on a “without prejudice” basis – where companies, and the states in which they are domiciled, would make clear that mutual oil and gas exploration and production would occur “without prejudice” to their parent country’s sovereign claims. The competing claimant countries could agree among themselves as to which companies might participate in extraction in the areas in dispute.

In the current climate, companies are unlikely on their own to reach such understandings. Roosevelt’s bold diplomacy ended a Pacific imbroglio over real territory a century ago, and it should be emulated today. Why doesn’t the photo-op “East Asia Summit”, which the US and China attend, appoint a panel of eminent people from nations with no claim to the disputed sea? They should be tasked to propose a solution modeled on the Antarctic one, with formulae dividing the energy profits. As the saying goes: “30 per cent of something is a lot better than 100 per cent of nothing.” All the more so in today’s paralysis.

James Clad is a former US deputy assistant secretary of defense and Robert A. Manning is a senior fellow with the Atlantic Council’s International Security Program. This piece was originally published in The Financial Times.