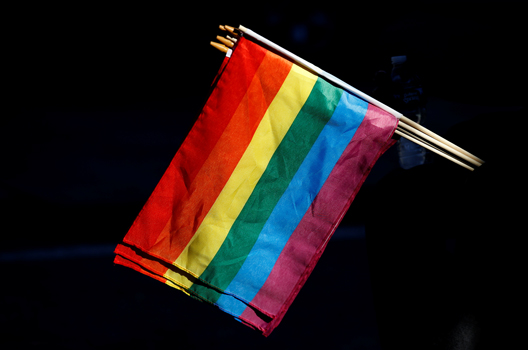 The imposition of US sanctions on the Chechen president responsible for the systematic purge of gay men demonstrates a willingness to take a stand on human rights issues essential for the preservation of US values and the maintenance of lesbian, gay, bisexual, transgender, and intersex (LGBTI) rights as a foreign policy imperative.

On December 20, the US Department of the Treasury finally took a strong stance and announced targeted sanctions against leader of the Chechen Republic Ramzan Kadyrov and four other Russians for alleged “torture, extrajudicial killing, and other violations of international law” under the Magnitsky Act.

These sanctions demonstrate US willingness to tighten pressure on countries that are actively undermining LGBTI rights. However, throughout 2017, a tumultuous year for LGBTI rights around the globe, the United States took important steps, such as the sanctions, but overall fell back on the progress made toward equality.

While the LGBTI and ally communities should revel in big ‘wins,’ Washington must continue to work toward meaningful equality and rights for all, not only because it is right, but also because it is vital to the US foreign policy agenda.

US allies have made important strides toward achieving this aim in 2017.

Advocates for LGBTI communities around the world celebrated another historic victory in the march towards global equality when Australians voted in favor of same-sex marriage in a historic, two-month-long voting process that paved the way for the Australian Parliament to legally recognize and protect licensed unions of gay and lesbian couples on December 7.

Other significant victories in Finland, the Philippines, Taiwan, Germany, and elsewhere all give the LGBTI community and allies around the world reason to cheer.

However, elation and celebration from allies and advocates around the world all too often mute the harsh reality of persistent struggles borne by LGBTI people around the world. In many places, basic rights still seem a far-off dream, and full equality almost unimaginable.

As the administration of US President Donald J. Trump took the leadership reins in Washington, many US citizens feared a swift rollback of former US President Barack Obama-era wins for LGBTI rights and the demotion of such rights from a US foreign policy priority  to, at best, an afterthought. Almost a year into Trump’s presidency, a number of these fears have been realized, notably the issuance of a ban on transgender troops in the US military and a dearth of support or vocal condemnation for human rights abuses abroad.

While public opinion and popular culture signal that US support for the human rights of LGBTI people is at an all-time high, the US response to international incidents infringing on LGBTI rights, as well as the responses of Washington’s partners and allies around the globe, have been largely insufficient.

The systemic abuse of gay men in Chechnya is part of a long history of human rights violations by Kadyrov, an ally of Russian President Vladimir Putin. The purge of gay men in Chechnya, first reported in April 2017, did receive widespread coverage in the media and prompt firm reactions from the  US Department of State and many of its counterparts. However, when the West lacks a cohesive and sustained response to the daily struggles of LGBTI people in countries where belonging to a sexual or gender minority group amounts to a daily fight for one’s life, protest and condemnation is simply not enough.

The reality is that the large majority of human rights abuses against LGBTI individuals go undetected. Since the Russian Federation rolled out its so-called gay propaganda law in 2013, which prohibits the discussion of “nontraditional sexual relations” around children, hate crimes against LGBTI people have doubled. Further, perpetrators of the hate crimes have become “more aggressive and less fearful,” and authorities less and less to likely to curtail the abuses as time goes on. Researchers believe that the number of hate crimes in places like Chechnya is actually much higher than the number on record because many incidents are not documented, investigated, or prosecuted.

Often hate crimes against LGBTI individuals are not reported due to political loopholes which fail to protect them. Both physically and online, harassment of LGBTI individuals perpetrated by far-right and neo-Nazi groups has increased over the last few years. The collusion of these groups with government authorities creates a nightmare scenario where harassment against LGBTI people goes largely unpunished and is, at times, endorsed.

US silence on human rights offenses abroad sends a signal that persecution will be tolerated by Washington. In February, Malaysia’s official Islamic authority endorsed conversion therapy claiming that sexual orientation can be changed through training. In November, public LGBTI events were banned in Ankara. These developments have been met largely with silence by the new administration. As other western countries and US allies—such as Canada—issue formal apologies for their previous treatment of LGBTI people and underscore their overall commitment to the pursuit of equality, the United States seems to regress.

Not only inaction, but actions taken by the Trump administration tell the same story of tolerance for persistent inequality. Following Trump’s inauguration in January, all mention of LGBTI rights were scrubbed from the White House website.

The systematic, violent, and all too often lethal attacks on homosexuals seen over the last year demand much more than protest and condemnation—when it occurs—from the US government. The new, targeted sanctions against the Kadyrov sends a strong message to Moscow that LGBTI equality is unequivocally a US value and the United States will not tolerate human rights abuses against LGBTI individuals at home or overseas. However, the administration must send the same message.

While it is unquestionably important to celebrate enormous wins in the fight for equal rights, the international community must not be blind to the plight of LGBTI individuals around the globe. It continues to be in the interest of the United States to act as a leader—and an enforcer—in the fight for global equality.  LGBTI rights cannot be a foreign policy afterthought.

Image: A man sells rainbow flags near The Stonewall Inn, on the eve of the LGBT Pride March, in the Greenwich Village section of New York City, US June 24, 2017. (REUTERS/Brendan McDermid)