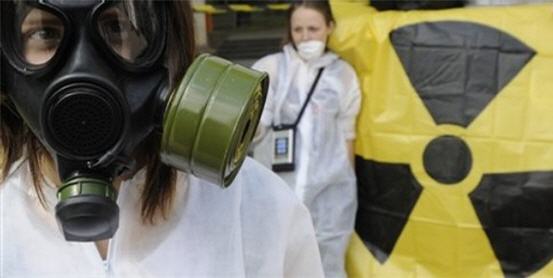 As Europe redefines its security interests vis-à-vis Russia in the aftermath of Vladimir Putin’s war against Georgia, both sides have reverted to the kind of geopolitical thinking that, while reasonably accurate during the Cold War, is devoid of reality today.

Putin’s Russia sees many of the non-Russian states in its “near abroad” as former or future vassals. Western Europe in general and France and Germany in particular see these states as obstacles to Europe’s ability to acquire cheap Russian gas and balance against the United States. Both sides act as if the non-Russian states did not exist or were, at most, pawns on some “grand chessboard.”

Unfortunately, the predictably anemic European response to the war in Georgia and the growing Western tendency to rethink grand strategy as if the non-Russians did not matter has taught the non-Russians that the West in general and “old Europe” in particular will more than happily sacrifice the security, and perhaps even the sovereignty, of the “near abroad” on the altar of Russian gas

How do states that face existential threats invariably respond to such threats? Contrary to the implicit expectations of European policymakers and analysts, the non-Russians—in particular Ukraine, Belarus, Moldova, Georgia, Azerbaijan, and Kazakhstan—will not just roll over and accept a fait accompli crafted in Berlin, Paris, or Brussels. Instead, they will seek existential solutions to existential threats.

At a minimum, this means beefing up substantially their defense expenditures, crafting anti-Russian alliances, and subordinating economic reform to the exigencies of security. More likely than not, the non-Russian states that feel most threatened by Russia will follow in Israel’s footsteps and seek security guarantees from the United States and shelter under the American nuclear umbrella. At a maximum, this means doing exactly what the Israelis have done: secretly acquiring nuclear weapons. All the ex-Soviet states have the know-how to build nuclear reactors and weapons; Belarus, Ukraine, and Kazakhstan even inherited hundreds of warheads after the collapse of the Soviet Union. And some of their leaders have openly expressed regret at having transferred them to Russia in the early 1990s.

If Europe remains indifferent to the fate of the non-Russian states and continues to demonstrate its willingness to subordinate them to Russia’s great-power aspirations, the non-Russians will, unsurprisingly and predictably, become increasingly indifferent to Berlin’s obsession with cheap gas and Paris’s obsession with balancing the Americans. At some later point, integration into Europe will be abandoned as a policy goal and democracy will be junked for the same kind of Russian-style authoritarianism and hyper-nationalism that provokes so little criticism in the Europe of Gerhard Schroeder and Sylvio Berlusconi. Soon thereafter, the entire former Soviet space—including some of the east European states already part of the European Union—could easily come to consist of angry, suspicious, and aggressive authoritarian states that threaten the stability of all of Europe.

Ironically, the first casualty of such growing interstate tensions may be Russia. Despite Putin’s bluster and quick victory over tiny Georgia, Russia remains weak, corrupt, and unstable. And, with its propensity to “talk loudly while carrying a small stick,” Russia will be prone to militarist adventurism, overreach, crisis, and even collapse. Whether Russia’s eventual destabilization involves a regional war or massive popular unrest, it will affect many non-Russian states as well—and, not incidentally, lead to disruptions in energy deliveries to Europe.

Once a new time of troubles sets on Russia and its neighbors, Europe just might realize that the non-Russians did matter after all—and that a serious effort to integrate Russia’s key neighbors into NATO and the EU in the immediate aftermath of the Russo-Georgian war could have sufficiently reassured nervous non-Russians to allay their fears of isolation and prevent a desperate search for security.

Alexander J. Motyl is a professor of political science at Rutgers University-Newark.  AP Photo by Sergei Chuzavkov via Daylife.