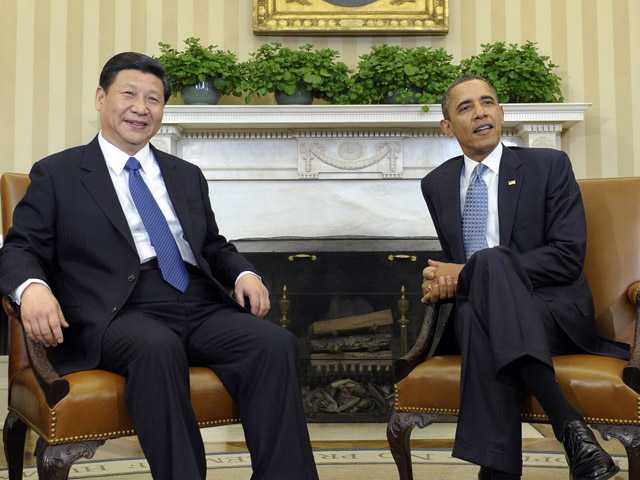 Watching Xi Jinping being anointed as General Secretary of the Chinese Communist Party I could not help but recall that old Confucian saying, “Choose a job you love and you will never have to work a day in your life”.

Xi is now head of the 82 million strong Party which will exert “popular sovereignty” over 1.34 billion people or twenty percent of the world’s population. Xi is a ‘princeling’, the son of a revolutionary blue-blood who struggled successfully with Mao to overthrow Chiang Kai Shek and the nationalists back in 1949. However, as ever all is not what it seems in China and as pressure grows within China for more pluralism the very anointing (rather than election) of Xi suggests that just over one hundred years since the 1911 abolition of the Chinese empire the Party may be retreating into old imperial habits – red imperial habits.

On the face of it Xi is set fair. China already has the world’s second largest economy worth $11.4 trillion which many believe will eclipse the US $15.3 trillion economy by the end of Xi’s term in 2022. Unlike his successor Hu Jintao Xi has moved quickly to consolidate power by taking over the leadership of the military as well as the Party. He has also successfully slimmed down the Politburo’s Standing Committee from nine to seven and in March 2013 he will be elected President of the People’s Republic of China at the annual People’s Party Congress thus aligning his control of the Party with that of the Government.

However, each of the ‘princelings’ on the Standing Committee represent over one hundred million people and Xi is by no means dominant. This will tend to emphasize three trends within the leadership: a determinedly narrow focus on domestic issues; much expenditure of Xi’s own political capital to enforce Party discipline; and a tendency towards consolidation and conservatism. And yet such conservatism is unlikely to satisfy a society facing deep inner frictions and fissures and which is changing at a pace unheard of in Chinese history. Indeed, some senior Party members quasi-openly question whether the Party will survive to its centennial in 1921.

China is thus a Chinese recipe for instability and whilst China’s influence in the world will undoubtedly grow during Xi’s tenure, the Party’s influence could well diminish and undermine the stability that Chinese leaders obsess over. For example, there are over two-hundred and fifty thousand micro-bloggers in China and the state media is fast losing the monopoly over information. The metaphor for change in the Party stratosphere is an end to the endemic corruption in both the Party and the Government which has done so much to detach both from the Chinese people. Hu Jintao made particular reference to this in his outgoing speech, even though he did little to combat it in his ten years in power and Xi himself referred to the need to combat “corruption and bribe-taking” in this morning’s speech. Xi is also known to be considering the introduction of limited pluralism in Chinese civil society by encouraging institutions with little or no government patronage. To that end, Singapore is being touted as a possible model. The island-state’s one party rulers permit heavily prescribed opposition parties. However, scaling the Singapore model up from a population of several millions to one of 1.34 billion underlines the challenges Xi faces and the dangers any reform poses for the Party.

The clamor for pluralism did not end with the massacre of the Tiananmen protesters back in 1989. Rather, it was either oppressed or bought off. The opening of the Chinese economy in the immediate wake of the protests stimulated year-on-year double digit growth in the Chinese economy which laid the foundation for the post 1989 ‘popular sovereignty’ which the Party leadership has skilfully exploited ever since. The deal was simple; the Party would stay in power so long as living standards rose. However, the world economy is shaky to say the least and there are no guarantees that China’s export-led growth will continue, unless that is domestic consumption is stimulated. That in turn will lead to an expanding middle class which will also pose dangers for a closed leadership. It is a leadership that has already been tarnished by the Bo Xilai scandal which went to the very top of the Party.

In his speech this morning Xi spoke of “the great renewal”. It is renewal that will almost certainly take place on his watch. If it fails, as well it could, Chinese nationalism lurks in the shadows. Xi faces a difficult choice; do nothing and be swept aside by change or offer limited political reforms in an attempt to preserve the authority of the Party and like Russia’s Gorbachev risk destroying it.