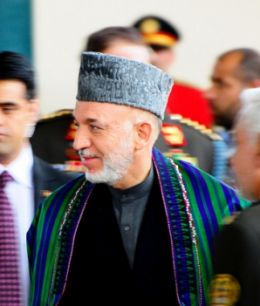 Afghanistan
On Thursday, November 21, two thousand Afghan tribal elders travelled to Kabul to convene a “Loya Jirga,” or grand assembly, to discuss the potential security agreement between the United States and Afghanistan. Afghan President Hamid Karzai insisted the Loya Jirga approved the agreement. Although the tribal leaders are not an official part of the government, they still wield substantial authority and influence. Despite his previous support for the deal, President Karzai announced that he would not sign the deal until after the upcoming Presidential elections in April – even if it is approved by the Loya Jirga. This will likely mean that the US will have to continue to work with Karzai even after a new president has been elected. The security agreement would commit the two countries to a military alliance through 2024; even after US troops leave at the end of 2014. US officials had set a hard deadline for the deal to be signed by the end of this year and administration officials also said that leaving the deal’s completion until next spring would make it impossible to keep any American forces in Afghanistan.

Bangladesh
A newly released study by The Lancet reveals that healthcare in Bangladesh is rapidly improving despite the country’s widespread poverty – defying the view that reducing poverty and increasing health resources are drivers for better population health. There have been significant improvements in recent decades in the survival of under-fives, immunization coverage, maternal health, contraception coverage, and tuberculosis control. Life expectancy in Bangladesh is superior to that of all other countries in the region (except Nepal). All of this has occurred with relatively low government healthcare spending. The Lancet credits the progress to a pluralistic health system that effectively uses both government resources and NGOs. They also add that one of the most powerful government strategies for improving health has been the crucial role women play in advocating healthcare. Bangladesh’s 62% contraceptive prevalence is credited to grassroots work of female health workers going door-to-door in their neighborhoods. But, the report did not reveal all good news. Despite these gains, nearly half of Bangladesh’s children suffer from chronic malnutrition.

Iran
British Prime Minister David Cameron and Iranian President Hassan Rouhani spoke on the phone on Tuesday, November 19, before the negotiations on Iran’s nuclear program resumed. The two leaders discussed the “significant progress” made so far in the nuclear negotiations and agreed to continue efforts in improving the UK-Iranian relationship, according to a Downing Street spokesman. This phone call is the first one between an Iranian President and UK Prime Minister in more than a decade, and came a week after the UK named a new charge d’affaires for Iran.

India
On Tuesday, November 19, Prime Minister Singh inaugurated the first ever state-owned bank for women – the Bharatiya Mahila Bank (BMB). The bank will employ women, and will also almost exclusively lend and accept deposits from women (although men also have the option to use it). The bank will start out with seven branches, but the government plans to open 500 branches by 2017. Financial inclusion and empowerment for Indian women is sorely needed – only 26% of women have an account with a financial institution compared to 46% of men – but many question whether this bank is the solution. The BMB is currently only operating in cities, and does not have an infrastructure in rural areas where women are most financially marginalized. Even if the BMB does expand to rural areas as planned, it still must rely on city centers to be commercially viable.

Pakistan
Seven Tehrik-e-Taliban Pakistan militants were killed by a suicide bomber in North Waziristan on Tuesday, November 19. Qari Saifuddin, a local TTP commander, was killed along with six others.  No one claimed responsibility for the attack. However, this may be the product of militant infighting. The attack occurred amid rifts between the TTP and other militant groups, as well as those within the TTP. Furthermore, North Waziristan is a militant stronghold, making it unlikely that government forces were responsible for the attack.